A pattern of drinking that results in harm to one’s health, interpersonal relationships, or ability to work.

Alcohol use can affect all parts of the body. Short-term effects of alcohol consumption include intoxication and dehydration. Long-term effects of alcohol consumption include changes in the metabolism of the liver and brain and alcoholism. Alcohol intoxication affects the brain, causing slurred speech, clumsiness, and delayed reflexes. Alcohol stimulates insulin production, which speeds up glucose metabolism and can result in low blood sugar, causing irritability and, possibly death for diabetics. Severe alcohol poisoning is almost always fatal. A 2014 World Health Organization report found that harmful alcohol consumption caused about 3.3 million deaths annually worldwide. Alcohol also limits the production of vasopressin (ADH) from the hypothalamus and the secretion of this hormone from the posterior pituitary gland. This is what causes severe dehydration when alcohol is consumed in large amounts. It also causes a high concentration of water in the urine and vomit and the intense thirst that goes along with a hangover. Stress, hangovers and the oral contraceptive pill may increase the desire for alcohol because these things will lower the level of testosterone and alcohol will acutely elevate it.Tobacco has the same effect of increasing the craving for alcohol. Drinking during pregnancy can cause damage to the baby resulting in fetal alcohol spectrum disorders. Generally women are more sensitive to alcohol's harmful physical and mental effects than men. Prevention of alcoholism is possible by regulating and limiting the sale of alcohol, taxing alcohol to increase its cost, and providing inexpensive treatment. Treatment may take several steps. Because of the medical problems that can occur during withdrawal, alcohol detoxification should be carefully controlled. One common method involves the use of benzodiazepine medications, such as diazepam. This can be either given while admitted to a health care institution or occasionally while a person remains in the community with close supervision. Other addictions or mental illness may complicate treatment.

Individuals with an alcohol use disorder will often complain of difficulty with interpersonal relationships, problems at work or school, and legal problems. Additionally, people may complain of irritability and insomnia. Alcohol abuse is also an important cause of chronic fatigue.

Complications
Alcohol abuse can result in brain damage which causes impairments in executive functioning such as impairments to working memory, visuospatial skills, and can cause an abnormal personality as well as affective disorders to develop.

The World Health Organization (WHO), the European Union and other regional bodies, national governments and parliaments have formed alcohol policies in order to reduce the harm of alcoholism. Targeting adolescents and young adults is regarded as an important step to reduce the harm of alcohol abuse. Increasing the age at which licit drugs of abuse such as alcohol can be purchased, the banning or restricting advertising of alcohol has been recommended as additional ways of reducing the harm of alcohol dependence and abuse. Credible, evidence based educational campaigns in the mass media about the consequences of alcohol abuse have been recommended. Guidelines for parents to prevent alcohol abuse amongst adolescents, and for helping young people with mental health problems have also been suggested.

Alcoholism reduces sexual functioning in women, but not as severely as the effect in men. Alcohol has no effect on the hormones of healthy non-alcoholic young women. More studies are needed to clearly elucidate the effects of alcohol intake on women’s fertility. However, multiple studies have found no association between alcohol intake and female infertility and a few studies even suggest a beneficial effect of alcohol on female fertility. In the meantime, recommendations about alcohol intake to couples trying to conceive have to be given cautiously.

Long-term effects of chronic alcohol use include erectile dysfunction, reduced libido, and gynecomastia. One mechanism of these effects is a reduction in serum testosterone caused by decreased testicular production and increased metabolic clearance in the liver. It is thought that alcoholism and hepatic cirrhosis cause alterations in the HPG axis, resulting in testicular dysfunction. In addition, the oxidation of alcohol competes with testicular production of testosterone. These mechanisms lead to subsequent decrease in semen volume and sperm density. Another factor appears to be an elevation in serum estrogen caused by peripheral conversion of testosterone to estrogen through increased activity of the enzyme aromatase, which is present both in the liver and in peripheral fat cells.

"Social" or light alcohol ingestion does not appear to interfere with semen quality. However, excessive acute alcohol intake does have adverse effects on male fertility by causing decreased serum testosterone concentrations. Impairment of spinal reflexes, also caused by excessive alcohol abuse, leads to reduced sensation and innervation of the penis, and thus may also contribute to erectile dysfunction.

Alcohol abuse during adolescence, especially early adolescence (i.e. before age 15), may lead to long-term changes in the brain which leaves them at increased risk of alcoholism in later years; genetic factors also influence age of onset of alcohol abuse and risk of alcoholism. Alcohol abuse among pregnant women causes their fetus to develop fetal alcohol syndrome. Fetal alcohol syndrome is the pattern of physical abnormalities and the impairment of mental development which is seen with increasing frequency among children with alcoholic mothers. 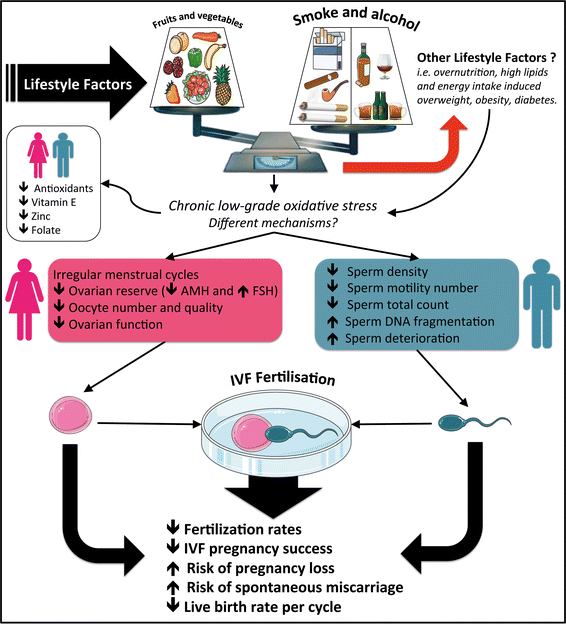 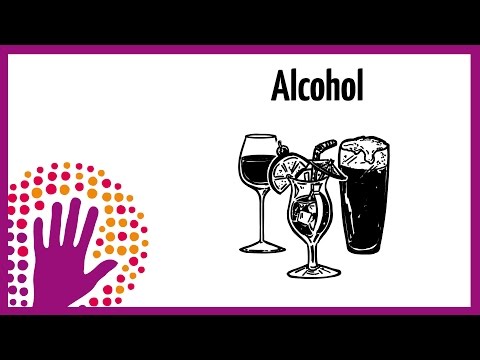 A process of discontinuing or lowering of alcohol drinking. 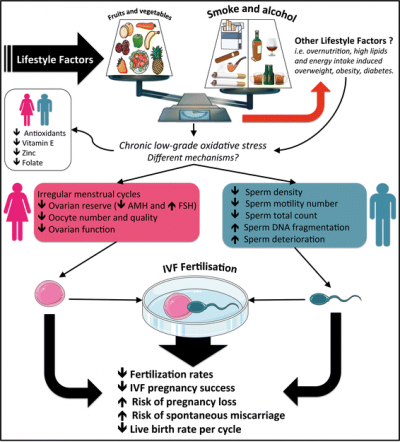 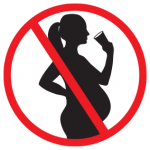 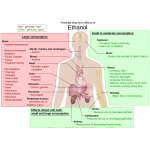