A decrease in the amount of red blood cells or hemoglobin in the blood.

Anemia is a disorder in which the blood hemoglobin (the main oxygen-transporting protein in red blood cells) level is below the lower extreme of the normal range for the age and sex of the individual (Pic. 1) It can include the decreased oxygen-binding ability of each hemoglobin molecule due to deformity or lack in numerical development as in some other types of hemoglobin deficiencies. Because hemoglobin (found inside RBCs – red blood cells) normally carries oxygen from the lungs to the tissues, anemia leads to hypoxia (lack of oxygen) in organs. Since all human cells depend on oxygen for survival, varying degrees of anemia can have a wide range of clinical consequences.

Anemia is the most common disorder of the blood. There are several kinds, produced by a variety of underlying causes. The three main classes of anemia include excessive blood loss (acutely, such as a hemorrhage or chronically, through low-volume loss), excessive blood cell destruction (hemolysis), or deficient red blood cell production (ineffective hematopoiesis).

In the morphological approach, anemia is classified by the size of red blood cells. This either done automatically or on microscopic examination (Pic. 2) of a peripheral blood smear. The size is reflected in the mean corpuscular volume (MCV). This scheme quickly exposes some of the most common causes of anemia. For instance, a microcytic anemia (smaller than usual red blood cells) is often the result of iron deficiency.

Iron-deficiency anemia is the most common type of anemia overall and it has many causes. Iron is an essential part of hemoglobin, and low iron levels result in decreased incorporation of hemoglobin into red blood cells. It is due to insufficient dietary intake or absorption of iron to meet the body's needs. Infants, toddlers, and pregnant women have higher-than-average needs. Increased iron intake is also needed to offset blood losses due to digestive tract issues, frequent blood donations, or heavy menstrual periods.

Anemia goes undiagnosed in many people, as symptoms can be minor or vague. When anemia comes on slowly, the symptoms are often vague and may include feeling tired, weakness, shortness of breath or a poor ability to exercise (Pic. 3). Anemia that comes on quickly often has greater symptoms, which may include confusion, feeling like one is going to pass out, loss of consciousness, or increased thirst. In very severe anemia, the body may compensate for the lack of oxygen-carrying capability of the blood by increasing cardiac output. This would result in symptoms such as palpitations, angina (if preexisting heart disease is present), intermittent claudication (cramping or pain) of the legs, and symptoms of heart failure. Anemia must be significant before a person becomes noticeably pale (Pic. 4). Additional symptoms may occur depending on the underlying cause.

Most patients present with anemia due to excessive blood loss.

Vascular tumors can bleed, which in some cases can be substantial, leading to anemia.

Patients with adenomyosis often present with painful and/or profuse menses. Blood loss may be significant enough to cause anemia, with associated symptoms of fatigue, dizziness, and moodiness.

Anemia is a common complication of chronic kidney disease

In severe anemia, there may be signs of a hyperdynamic circulation: tachycardia (a fast heart rate), bounding pulse, flow murmurs, and cardiac ventricular hypertrophy (enlargement). There may be signs of heart failure. Chronic anemia may result in behavioral disturbances in children as a direct result of impaired neurological development in infants, and reduced academic performance in children of school age.

Certain groups of individuals, such as pregnant women, benefit from the use of iron pills for prevention. Dietary supplementation, without determining the specific cause, is not recommended. The use of blood transfusions is typically based on a person's signs and symptoms. In those without symptoms, they are not recommended unless hemoglobin levels are less than 60 to 80 g/L (6 to 8 g/dL).These recommendations may also apply to some people with acute bleeding. Erythropoiesis-stimulating medications are only recommended in those with severe anemia.

Anemia and infection, indicating problems with the woman's overall health at that moment, can both affect a woman's ability to become pregnant at that time as well as affect the stability of the pregnancy and health of the fetus. The most common type of anemia, caused by iron deficiency, may cause a woman to suffer from anovulation (no eggs being released during her menstrual cycle) or poor egg health, resulting in trouble conceiving. Furthermore, anemia arising from folic acid deficiency may cause secondary infertility, and even if the patient is able to conceive, she may have higher risk of miscarriage.

Similarly among men, anemia, especially coupled with malnutrition (insufficient intake of nutrients) and iron, vitamin B12 or folic acid deficiency, is and indicator of poor overall health and/or nutrition. Such conditions may be associated with lower sperm count and lower ejaculate quality, thus lowering the patient´s fertility.

Anemia can negatively affect the ability to conceive, the stability of the pregnancy and the birth itself. Fortunately, it can be treated once the cause is identified. Anemia may require ongoing evaluation and iron supplement. Fortunately, most cases of anemia caused by dietary deficiencies subside after sufficient supplementation or dietary improvement, and fertility improves as well.

Secondary anemias caused by diseases of the digestive tract may require specific treatment for the overall health and fertility to improve. Certain hereditary types of anemia may be incurable to full extent of the disease and their symptoms including fertility issues, may be only partly or temporarily relieved. Fortunately, these types of anemia are significantly less common. 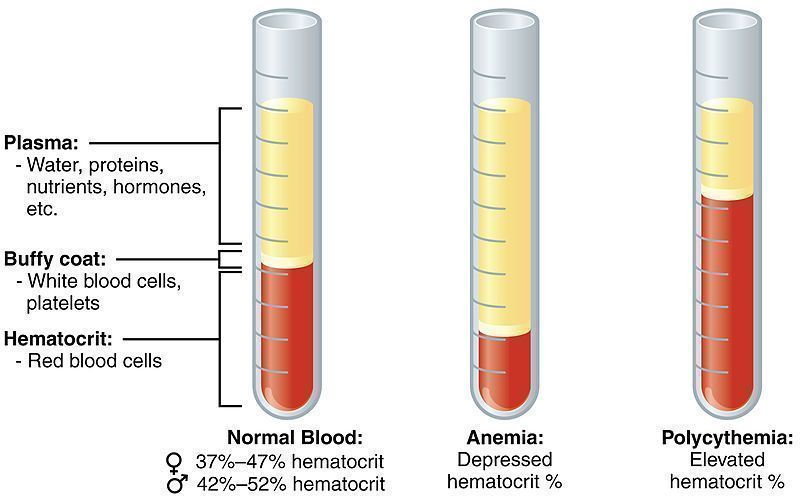 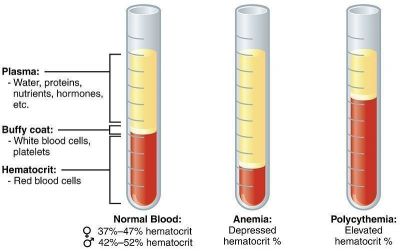 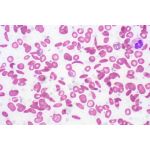 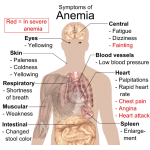 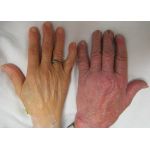