A broad group of drugs that are used in the treatment of depression and could negatively affect sexual function.

Antidepressants are drugs used for the treatment of major depressive disorder and other conditions, including persistent depressive disorder (dysthymia), anxiety disorders, obsessive compulsive disorder, eating disorders, chronic pain, neuropathic pain and, in some cases, painful menstruation (dysmenorrhoea), snoring, migraine, attention-deficit hyperactivity disorder (ADHD), addiction, dependence, and sleep disorders. They may be prescribed alone or in combination with other medications.

Depression is a chronic and recurrent disorder characterized by one or more depressive events with at least two weeks of depressive mood or loss of interest in most activities, accompanied by at least four additional depressive symptoms.

One theory regarding the cause of depression is that it is characterized by an overactive hypothalamic–pituitary–adrenal axis (HPA axis) that resembles the neuro-endocrine response to stress. These HPA axis abnormalities participate in the development of depressive symptoms, and antidepressants may serve to regulate HPA axis function, which states that depression is due to an imbalance (most often a deficiency) of the neurotransmitters (they send information between neurons, namely serotonin, norepinephrine and dopamine).

The treatment of depression includes medications that belong to one of the following classes:

The majority of the tricyclic antidepressants (TCAs) act primarily as serotonin-norepinephrine reuptake inhibitors (SNRIs) by blocking the serotonin transporter (SERT) and the norepinephrine transporter (NET), respectively, which results in an elevation of the concentrations of these neurotransmittersthe in space between neurons (nerve cells), and therefore an enhancement of transmission of nerve impulses (neurotransmission). Notably, with the sole exception of amineptine, the TCAs have no efficacy as dopamine reuptake inhibitors (DRIs). Both serotonin and norepinephrine have been highly implicated in depression and anxiety, and it has been shown that facilitation of their activity has beneficial effects on these mental disorders.

Selective serotonin reuptake inhibitors (SSRIs) are believed to increase the extracellular level of the neurotransmitter serotonin. They have varying degrees of selectivity and pure SSRIs have only weak affinity for the norepinephrine and dopamine transporters.

SSRIs are the most widely prescribed antidepressants in many countries. The efficacy of SSRIs in mild or moderate cases of depression has been disputed.

Monoamine oxidase inhibitors (MAOIs) are chemicals which inhibit the activity of the monoamine oxidase enzyme family. They have a long history of use as medications prescribed for the treatment of depression. They are particularly effective in treating atypical depression that shares many of the typical symptoms of the psychiatric syndromes major depression or dysthymia but is characterized by improved mood in response to positive events. They are also used in the treatment of Parkinson's disease and several other disorders.

Because of potentially lethal dietary and drug interactions, monoamine oxidase inhibitors have historically been reserved as a last line of treatment, used only when other classes of antidepressant drugs (for example selective serotonin reuptake inhibitors and tricyclic antidepressants) have failed.

The side effects of antidepressants may include following symptoms:

Depression is common during pregnancy. Human studies concerning the adverse effects of antidepressant exposure during gestation on the developing fetus have showed increased risk of various congenital malformations such as cardiac, musculoskeletal, respiratory, craniosynostosis (premature fusion of 1 or more cranial sutures) and craniofacial (abnormality of the face and/or the head), but variations between study results remain.

Although the use of selective serotonin reuptake inhibitors (SSRIs) has risen sharply, and it is the most used class of antidepressants during pregnancy, an increase in the usage of other antidepressants such as serotonin–norepinephrine reuptake inhibitors (SNRIs) has also been observed; tricyclic antidepressants (TCA) is also a treatment option. Serotonin is essential for healthy fetal development during embryogenesis. SSRIs cross the placental barrier and bloc serotonin reuptake transporter (SERT) sites, disturbing the free movement of serotonin during this critical phase of development. The mechanism of action of SNRIs is similar to SSRIs, and some TCAs, namely, amitriptyline, also have serotonin inhibition effect.

Almost any medication involved with serotonin regulation has the potential to cause serotonin toxicity (also known as serotonin syndrome) – an excess of serotonin that can induce mania, restlessness, agitation, emotional lability, insomnia and confusion as its primary symptoms. Although the condition is serious, it is not particularly common, generally only appearing at high doses or while on other medications. Assuming proper medical intervention has been taken (within about 24 hours) it is rarely fatal.

Changes in appetite or weight are common among antidepressants, but largely drug-dependent and are related to which neurotransmitters they affect. Mirtazapine and paroxetine, for example, have the effect of weight gain and/or increased appetite, while others (such as bupropion and venlafaxine) achieve the opposite effect.

Antidepressant discontinuation syndrome is a condition that can occur following the interruption, dose reduction, or discontinuation of antidepressant drugs, including selective serotonin re-uptake inhibitors (SSRIs) or serotonin–norepinephrine reuptake inhibitors (SNRIs). The symptoms can include flu-like symptoms and disturbances in sleep, senses, movement, mood, and thinking. In most cases symptoms are mild, short-lived, and resolve without treatment. More severe cases may be successfully treated by reintroduction of the drug, provided reintroduction is done in a timely fashion.

Antidepressants can cause emotional blunting, or numbness. This is a reduction in extremes of emotion, both positive and negative. While the patient may feel less depressed, they may also feel less happiness or empathy in some situations. This may be cause for a dose reduction or medication change. The exact mechanism is unknown.

Studies have shown that the use of some antidepressants correlate with an increased risk of suicide in some patients, and this problem has been serious enough to warrant government interventions in some places to label greater likelihood of suicide as a risk of using antidepressants. The circumstances under which this can happen are not clear, and other studies show that antidepressants treat suicidal ideation.

In the treatment of depression, medication is only one issue; guidelines additionally focus on nonpharmacological treatments like psychotherapy, mind body techniques, or light therapy. These are also relevant therapeutic options which are very often underrepresented.

Sexual dysfunction is a common side effect of antidepressants, particularly of selective serotonin reuptake inhibitor (SSRIs) and serotonin norepinephrine reuptake inhibitor (SNRIs) medications. Because most antidepressants modulate serotonin concentration, it is generally thought that elevated serotonin levels diminish sexual function. 80% of serotonin is localized in the periphery, where when elevated, it directly reduces sensation in the anatomical structures of the reproductive system.

Sexual dysfunction can have significant impact on the person’s quality of life, quality of relationships, self esteem, and recovery and can lead to noncompliance with antidepressant treatment with a potential for relapse of symptoms. Women experience a loss of libido and have more difficulty experiencing an orgasm. Men experience a lessened libido, difficulty in achieving ejaculation (anejaculation), retrograde ejaculation (semen enters the bladder instead of emerging through the penis during orgasm) and erectile dysfunction (a man can't achieve or maintain an erection) and semen cannot ejected during ejaculation. Although usually reversible, these sexual side-effects can, in rare cases, last for months or years after the drug has been completely withdrawn.

It is truly unfortunate that people suddenly experiencing uplifted mood after getting appropriate medication must also battle side effects such as sexual dysfunction. Thankfully, for the third of people who experience this side effect of SSRI’s there are a number of strategies that can improve sexual functioning, and in time, as the medication is tapered down, the side effects should disappear and pregnancy is more likely.

Some commonly recommended strategies include: 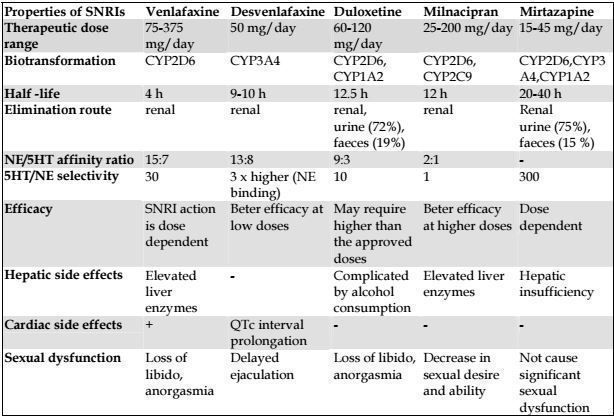 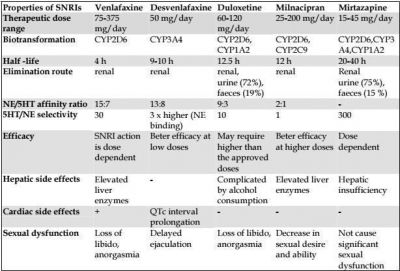