An autoimmune disorder characterized by intolerance to gluten.

Celiac disease (CD) is a chronic intestinal autoimmune disease caused by intolerance to gluten, which are various proteins found in wheat and in other grains such as barley, and rye.

Upon exposure to ingested gluten, an abnormal immune response may lead to the production of several different autoantibodies that can affect a number of different organs. In the small bowel, this causes an inflammatory reaction (Pic. 1), which damages the mucosal lining of the intestine and may lead to structural changes, such as shortening of the villi and even flattening of the folds in the wall of the small intestine (Pic. 2). This affects the absorption of nutrients, frequently leading to anaemia (decreased amounts of hemoglobin in blood).

The disorder has a multifactorial etiology (many causative factors are involved in varying proportions) in which the triggering environmental factor, the gluten, and the main genetic factors, Human Leukocyte Antigen (cellular proteins that can trigger an immune system response) HLA-DQA1 and HLA-DQB1, are well known.

Diagnosis is typically made by a combination of blood antibody tests and intestinal biopsies, helped by specific genetic testing. Celiac disease diagnosis can be established by serological tests, searching for anti-tissue transglutaminase (anti-TG2) and anti-endomysium (EMA) auto-antibodies (which are both serological markers for an active gluten-sensitive enteropathy), but confirmation of the intestinal damage relies on the small bowel biopsy and histological analysis. Making the diagnosis is not always straightforward. Frequently, the autoantibodies in the blood are negative and many people have only minor intestinal changes with normal villi.

A life-long gluten-free diet is the only available and effective therapy, which leads to normalization of histological and serological parameters and to complete remission of all clinical signs.

Fully developed symptoms such as malabsorption, steatorrhea and anemia are usually only seen in infants and young children. Adults more frequently present with atypic and less pronounced symptoms, commonly extraintestinal (affecting other systems than the gastrointestinal tract) or mimicking common issues such as dyspepsia (abdominal dyscomfort or pain) or irritable bowel syndrome.

The diarrhea that is characteristic of coeliac disease is (chronic) pale, voluminous, and abnormally malodorous. Abdominal pain and cramping, bloatedness with abdominal distension (thought to be due to fermentative production of bowel gas), and mouth ulcers may be present. As the bowel becomes more damaged, a degree of lactose intolerance (means the body cannot easily digest lactose, a type of natural sugar found in milk and dairy products) may develop.

Coeliac disease leads to an increased risk of both adenocarcinoma (a malignant tumour originating in glandular tissue) and lymphoma (a tumour composed of lymphocytes), termed enteropathy-associated T-cell lymphoma, or EATL, of the small bowel. This risk is also higher in first-degree relatives such as siblings, parents, and children. Whether or not a gluten-free diet brings this risk back to baseline is not clear.

Long-standing and untreated disease may lead to other complications, such as ulcerative jejunitis (ulcer formation of the small bowel) and stricturing (narrowing as a result of scarring with obstruction of the bowel).

The changes in the bowel make it less able to absorb nutrients, minerals, and the fat-soluble vitamins A, D, E, and K.

Coeliac disease has been linked with a number of conditions. In many cases, it is unclear whether the gluten-induced bowel disease is a causative factor or whether these conditions share a common predisposition
It is also possible to have coeliac disease without any symptoms whatsoever.

Associated diseases
Complications
Malignant tumours
Coeliac disease is associated with an increased risk of malignancy, not only of intestinal lymphoma, but also of small intestinal adenocarcinoma, which is 82 times more common in patients with celiac disease than in the normal population. Enteropathy-associated T-cell lymphoma (EATL) is a very rare peripheral T-cell lymphoma which is mostly associated with celiac disease.
Complications during pregnancy
CD can induce malabsorption and deficiencies of micronutrients such as iron, folic acid and vitamin K, which are essential for organogenesis. The number of pregnancies ended in a miscarriage in celiac women has been observed to be almost twice that of healthy women, although the association in question is not statistically significant. In general, a larger number of complications have been observed in celiac women full term pregnancies compared to healthy women. In particular, the likelihood of having at least one complication during pregnancy has been estimated to be at least four times higher in celiac women than in healthy women. Moreover, a significant correlation has emerged for all the disorders under consideration (threatened abortion, gestational hypertension, placenta abruption, severe anaemia, uterine hyperkinesia, intrauterine growth restriction) and celiac disease.
Risk factors
As for other autoimmune diseases, CD occurs more often in female than in male subjects with a gender ratio of about 2:1.
Furthermore, gluten intolerance is more frequent in at-risk groups, such as first-degree relatives of patients as well as individuals with specific genetic syndromes (Down, Turner, Williams) or autoimmune diseases, mainly type 1 diabetes, thyroiditis (an inflammation of thyroid gland) and multiple sclerosis (a disease in which the myelin sheaths, the insulating covers of nerve cells in the brain and spinal cord are damaged).
Prevention
At present, the only effective treatment is a lifelong gluten-free diet. No medication exists that would prevent organ damage or prevent the body’s immune system from attacking the gut when gluten is ingested. Strict adherence to the diet allows the intestines to heal, leading to resolution of all symptoms in most cases and, depending on how early the diet is initiated, can also eliminate the increased risk of osteoporosis and intestinal cancer. The diet can be cumbersome; failure to comply with the diet may cause relapse (a recurrence of a past condition).
Dietitian input is generally requested to ensure the person is aware which foods contain gluten, which foods are safe, and how to have a balanced diet despite the limitations. In many countries, gluten-free products are available on prescription and may be reimbursed by health insurance plans. Gluten-free products are usually more expensive and harder to find than common gluten-containing foods.

Men also suffer from infertility stemming from undiagnosed celiac disease. Affected males show a phenomenon of tissue resistance (insensitivity) to androgens (especially testosterone), which are neccessary for sperm development. The increased levels of follicle-stimulating hormone (FSH) and prolactin, which control the levels of androgens and thus also the sperm production, may indicate an imbalance at hypothalamus-pituitary (the highest regulatory centers of endocrine functions) level. Hypogonadism (diminished functional activity of the gonads—the testes in males) is a known factor in male infertility and has been found in 7% of celiac males in one survey. 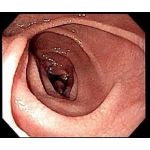 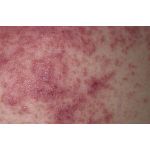