Type of inflammatory bowel disease (IBD) that may affect any part of the gastrointestinal tract from mouth to anus.

Crohn's disease (CD) is a type of inflammatory bowel disease (IBD) that may affect any part of the gastrointestinal tract (Pic. 1) from mouth (Pic. 2) to anus. It is classically characterized by skip lesions in which there are discrete areas of diseased bowel separated by normal bowel and typically it spares the rectum.

Approximately 50% of patients have their disease involving the terminal ileum and colon (Pic. 3), 30% have isolated small bowel disease, 20% have isolated colonic disease (Pic. 4), and up to 25% will also have perianal complications.

Although Crohn’s disease is a global health problem, its pathology remains poorly understood. Nevertheless, it has been established that its etiology is associated with complex interactions between environmental, immune, microbial, and genetic factors, though a number of authors have suggested that the primary defect in Crohn’s disease is one of relative immunodeficiency (full or partial impairment of the immune system).

Crohn’s disease can present in many different ways often based on the underlying disease phenotype (observable characteristic or trait).

The three classic types of Crohn’s disease include:

Signs and symptoms often include abdominal pain, diarrhea (which may be bloody if inflammation is severe), fever, and weight loss.

Standard clinical testing to diagnose CD includes blood tests and stool examination for biomarker quantification, endoscopy and biopsy. The diagnosis of inflammatory bowel disease, particularly Crohn’s disease, can be missed or delayed due to the non-specific nature of both intestinal and extra-intestinal symptoms at presentation.

Natural history of disease varies between remission and flares. The mainstay of therapy is pharmacologic management of disease. However, surgery will be necessary in up to 80% of individuals with 50% undergoing a surgery within 10 years from their diagnosis, unlike the surgical management of Crohn’s disease is not curative. Therefore, the types of surgery are dictated by the presenting problem (e.g., stricture or fistula) and a goal of removing the smallest amount of bowel necessary.

Inflammatory bowel disease (IBD) may be categorized clinically as Crohn’s disease or ulcerative colitis (Pic. 5). The two diseases are both inflammatory conditions but present very differently and involve different parts of the gastrointestinal tract. IBD is an inflammatory disease that is characterized by continuous inflammation of the colonic mucosa (Pic. 6) that extends proximally from the rectum. Unlike with ulcerative colitis, Crohn’s isn’t limited to the GI tract. It may also affect the skin, eyes, joints, and liver. The natural history of the IBD ranges from periods of quiescent remission to flares.

Crohn's disease increases the risk of cancer in the area of inflammation.

Patients with Crohn's disease involving the colon (also known as Crohn's colitis) are at higher risk for developing colorectal cancer (Pic. 7) than the general population. Inflammation of the large intestine can cause continuous turnover of cells in the intestinal lining, causing irregularities. The increased risk of irregularities in intestinal lining may lead to cancer of colon.

The colorectal cancer in patients with Crohn’s disease has particular characteristics that set it apart from sporadic cancer. Generally diffuse, with multiple characters, it may not be obvious macroscopic observation or involve the entire bowel wall with stricture formation, remaining silent with regard to the symptoms until an advanced stage: at this point is generally manifested by obstructive type symptoms, weight loss and presence of abdominal mass. Sometimes it can occur in association with fistulas or may occur in loops.

The colorectal cancer in Crohn’s disease frequently affects younger patients (48 vs. 70 years) and is localized preferably in the right colon (45% vs. 20% of cases), compared with the cancers arose de novo.

The major significant complications of Crohn's disease (Pic. 8) include bowel obstruction, abscesses (collections of pus), malnutrition, pregnancy complications, free perforation and hemorrhage (bleeding), which in rare cases may be fatal.

Abscesses are walled off concentrations of infection, which can occur in the abdomen or in the perianal area.

Individuals with Crohn's disease are at risk of malnutrition for many reasons, including decreased food intake and malabsorption (poor intestinal absorption of nutrients). The risk increases following resection of the small bowel. Such individuals may require oral supplements to increase their caloric intake, or in severe cases, total parenteral nutrition (TPN). Most people with moderate or severe Crohn's disease are referred to a dietitian for assistance in nutrition.

Although Crohn’s disease is often associated with mild gastrointestinal (GI) bleeding, severe GI hemorrhage is a rare complication. The site of bleeding commonly follows the distribution of disease and is best localized with angiography or endoscopy.

Crohn's disease tends to present initially in the teens and twenties, with another peak incidence in the fifties to seventies, although the disease can occur at any age.

About half of the overall risk is related to genetics with more than 70 genes found to be involved.

Tobacco smokers are twice as likely to develop Crohn’s disease as nonsmokers. It also often begins after gastroenteritis (inflammation of the gastrointestinal tract).

Crohn's disease cannot be prevented; nevertheless, patient can take steps to reduce the severity of the disease, such as avoiding bulky grains, hot spices, alcohol, smoking and milk products which may increase diarrhea and cramping.

In active phase, women may have problems getting pregnant if they are underweight and eating poorly. Additionally, severe inflammation in the small intestine can affect normal function of ovaries, thus affecting fertility. Some research studies have found that women with active Crohn’s may have lower levels of a hormone associated with “ovarian reserve” (egg cells capable of being fertilized), especially if they are over 30. Inflammatory bowel disease can also cause adhesions (bands of scar tissue) that affect the fallopian tubes. However, women should have no more difficulty becoming pregnant than those without a Crohn’s disease in remission phase.

In general, male fertility is not affected by Crohn’s disease. However, 70%-90% of CD patients will need a surgical intervention at some point in the course of their disease. As the consequence of surgery, sexual dysfunction may occur. Sexual dysfunction is one of the etiologies of male infertility, and it includes erectile dysfunction (inability to get or keep an erection) and ejaculatory dysfunction (variety of ejaculatory disorders) such as retrograde ejaculation (entry of semen into the bladder instead of going out through the urethra during ejaculation) and anejaculation (no ejaculation). Certain medications can also lower sperm count and cause abnormal sperm anatomy or otherwise adversely affect a man's chance of fertilize naturally.

Crohn's disease is a chronic condition for which there is no known cure. It is characterized by periods of improvement followed by episodes when symptoms flare up. With treatment, most people achieve a healthy weight, and the mortality rate for the disease is relatively low. It can vary from being benign to very severe and people with CD could experience just one episode or have continuous symptoms. It usually reoccurs, although some people can remain disease free for years or decades.

Most people with Crohn's live a normal lifespan. However, Crohn's disease is associated with a small increase in risk of small bowel and colorectal carcinoma (bowel cancer).

It’s best to conceive when Crohn’s symptoms are under control. Patient should be free of flares for the past 3 to 6 months and are not taking corticosteroids. Most medications to treat Crohn’s have been proven safe for pregnant women. However, some may cause birth defects. 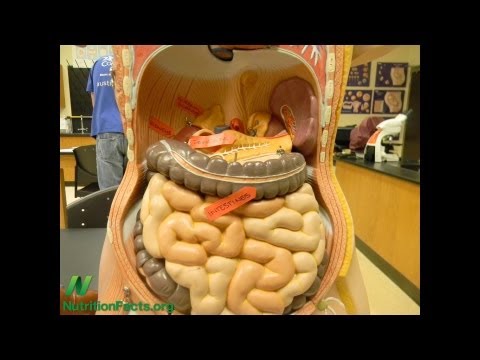 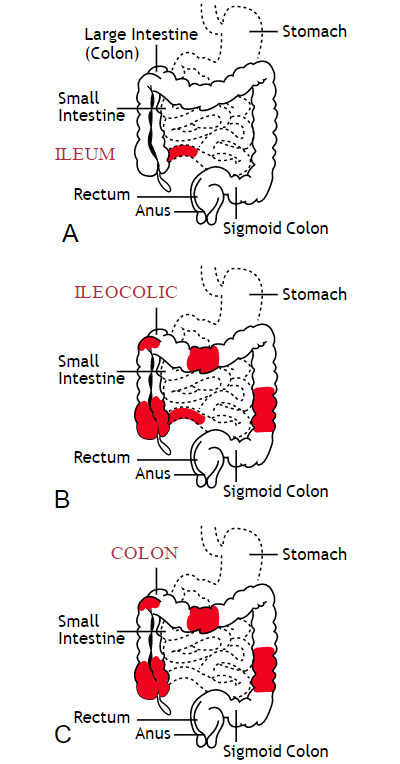 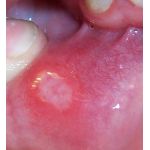 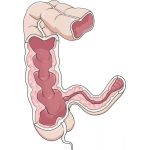 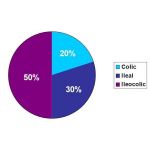 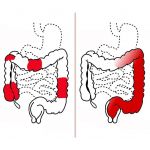 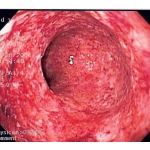 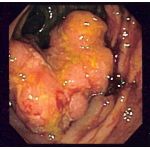 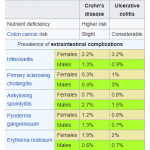