A condition in which the body either does not produce enough, or does not properly respond to insulin, a hormone produced in the pancreas.

Diabetes mellitus (DM), commonly referred to as diabetes, is a group of metabolic diseases in which there are high blood sugarlevels over a prolonged period. Diabetes is due to either the pancreas not producing enough insulin or the cells of the body not responding properly to the insulin produced.

There are three main types of diabetes mellitus:

Diabetes is a dysmetabolic disorder affecting multiple bodily functions. Its diagnosis is based on the presence of hyperglycemia. Prevention and treatment involve a healthy diet, physical exercise, maintaining a normal body weight, and avoiding use of tobacco. Control of blood pressure and maintaining proper foot care are important for people with the disease.

Diabetes mellitus is a chronic disease, for which there is no known cure except in very specific situations. Management concentrates on keeping blood sugar levels as close to normal, without causing low blood sugar. Type 1 DM must be managed with insulin injections. Type 2 DM may be treated with medications with or without insulin. Insulin and some oral medications can cause low blood sugar. Weight loss surgery in those with obesity is sometimes an effective measure in those with type 2 DM. Gestational diabetes usually resolves after the birth of the baby.

Learning about the disease and actively participating in the treatment is important, since complications are far less common and less severe in people who have well-managed blood sugar levels. The goal of treatment is an HbA1C (Hemoglobin A1C) level of 6.5%, but should not be lower than that, and may be set higher.

As of 2014, an estimated 387 million people have diabetes worldwide, with type 2 DM making up about 90% of the cases. This represents 8.3% of the adult population, with equal rates in both women and men. From 2012 to 2014, diabetes is estimated to have resulted in 1.5 to 4.9 million deaths each year. Diabetes at least doubles a person's risk of death. The number of people with diabetes is expected to rise to 592 million by 2035.

Diabetes mellitus type 2
The classic symptoms of diabetes are polyuria (frequent urination), polydipsia (increased thirst), polyphagia(increased hunger), and weight loss. Other symptoms that are commonly present at diagnosis include a history of blurred vision, itchiness, peripheral neuropathy, recurrent vaginal infections, and fatigue. Many people, however, have no symptoms during the first few years and are diagnosed on routine testing. People with type 2 diabetes mellitus may rarely present with hyperosmolar hyperglycemic state (a condition of very high blood sugar associated with a decreased level of consciousness and low blood pressure).

In addition to this, statistics show a double risk of GDM in smokers. Polycystic ovarian syndrome is also a risk factor, although relevant evidence remains controversial. Some studies have looked at more controversial potential risk factors, such as short stature.

About 40-60% of women with GDM have no demonstrable risk factor; for this reason many advocate to screen all women. Typically, women with GDM exhibit no symptoms (another reason for universal screening), but some women may demonstrate increased thirst, increased urination, fatigue, nausea and vomiting, bladder infection, yeast infections and blurred vision.

There is no known preventive measure for type 1 diabetes. Type 2 diabetes can often be prevented by a person being a normal body weight, physical exercise, and following a healthful diet. Dietary changes known to be effective in helping to prevent diabetes include a diet rich in whole grains and fiber, and choosing good fats, such as polyunsaturated fats found in nuts, vegetable oils, and fish. Limiting sugary beverages and eating less red meat and other sources of saturated fat can also help in the prevention of diabetes. Active smoking is also associated with an increased risk of diabetes, so smoking cessation can be an important preventive measure as well.

When a couple seeks medical help, one of the first conditions the doctor will look for is diabetes since the condition can cause fertility complication in both genders. In most instances, simple lifestyle changes like adequate nutrition and weight loss through proper exercise can help reverse the effects of infertility (Pic. 1).

Certain diabetic complications can cause issues for men that contribute to infertility (Pic. 2). As DM has profound effects on the neuroendocrine axis, in men, both DM1 and DM2 have long been recognized as major risk factors for sexual and reproductive dysfunction. This primarily includes impotence/erectile dysfunction (ED), ejaculatory (retrograde ejaculation) and orgasmic problems. Nerve damage or autonomic neuropathy due to diabetes can lead to retrograde ejaculation – where the semen goes into the bladder. Since the semen never reaches the female reproductive system, infertility may be an issue.

The majority of patients with Type 2 diabetes are overweight or obese, which leads to decreased testosterone levels and elevated pro-inflammatory cytokines (substances produced in the cell). This can induce dysfunction in the blood vessel wall through the socalled nitric oxide pathway and further explain the relationship between DM2, obesity and erectile dysfunction. Erectile dysfunction, or the inability to achieve an erection, is another diabetes complication that can lead to fertility problems in diabetic men.

Increase in the size or number of adipocytes as a result of obesity can result in both physical changes and hormonal changes. Physical changes can include an increase in scrotal temperature, an increase in the incidence of sleep apnea, and an increase in ED. Hormonal changes might include increases in the levels of leptin, estrogen and insulin, and a decrease in the level of testosterone. These changes, in turn, contribute to oligozoospermia, azoospermia, an increase in the DNA fragmentation index (DFi), and a decrease in semen volume. All three categories of change contribute to obesity-linked male infertility. The increase in estrogen and decrease in testosterone levels negatively affects spermatogenesis as well as regular testicular function.
It is therefore clear that DM can be associated either directly or indirectly with several disorders of the male reproductive system and sexual functioning, but impaired spermatogenesisis is also associated with DM.

Despite the fact that more women suffer from DM than men, and that women share similar risks for diabetic complications with men, less attention has been given to sexual function in women with DM. The prevalence of female sexual dysfunction (FSD) and associated risk factors in diabetic women are less clear than in men. Sexual problems in women with DM may be explained by several possible mechanisms, including biological, social, and psychological factors :

The main diabetes complication (including gestational diabetes) related to pregnancy is macrosomia - or a big baby (higher than the 90th percentile in birth weight). Sometimes these babies are not able to pass through the birth canal, so there are higher incidences of caesarean sections, and sometimes it is necessary to induce labor early. Fetal distress can also become an issue. There is also an increased risk of birth defects. This condition is directly related to maternal diabetes problems, especially during the first few weeks when a woman may be unaware she is pregnant. For this reason, women with diabetes are advised to manage their insulin levels under control before attempting to conceive. Conditions associated with insulin resistance, such as obesity and DM, are often accompanied by increased adiposity or hyperglycemia.

When a couple seeks medical help, one of the first conditions the doctor will look for is diabetes since the condition can cause fertility complication in both genders. In most instances, simple lifestyle changes like adequate nutrition and weight loss through proper exercise can help reverse the effects of infertility (Figure 2). Fortunately, most cases of infertility, which are related to diabetes, can be treated. In cases where infertility is related to insulin levels, correcting the imbalance is often enough to result in a successful pregnancy. Normal levels of blood sugar are needed to succeed in becoming pregnant. This means insulin, HgbA1c and hemoglobin levels as well as weight need to be monitored. For Type 1 diabetes, insulin replacement therapy is the main treatment regime to be followed as prescribed by the treating physician. Furthermore, when a diabetic subject, exercises properly and ensuring adequate nutrition with a vitamin supplement the chances of conception are improved. Regular exercise helps weight loss and also aids the body in reducing blood glucose levels and in using insulin more efficiently. Newer approaches to treating infertility caused by diabetes and its complications include morbidly obese women undergoing bariatric or gastric bypass surgery (for weight loss). Preliminary successful results have been reported as diabetic women are now able to conceive as they lose weight. Insulin resistance can be managed with modified diet, exercise, and drugs such as metformin. Exercise programs, vitamin supplements and weight loss alone will better ovulation in one-third of patients. When Clomiphene Citrate, Metformin and Letrozole are used to treat the remainder of infertility patients, more than 80% of infertile couples are able to conceive, as long as there are no other infertility problems reported. This benevolent effect is due to these lifestyle changes and adequate medical intervention in due time.
Other lifestyle changes or tips for helping fertility in diabetics include: avoiding cigarettes and any drugs that may affect sperm count or may reduce sexual function; getting sufficient rest and reducing stress; males must prevent overheating of the testes and should avoid hot baths, showers, and steam rooms, while avoiding tight underwear; and avoiding use of sexual lubricants, as they may affect sperm motility.
If fertility issues remain unresolved, intrauterine insemination (also called artificial insemination) and assisted reproductive technologies, such as IVF-ICSI, may be considered.
Once conception is achieved, the challenge is to control blood sugar levels so that the pregnancy can be carried to full term. 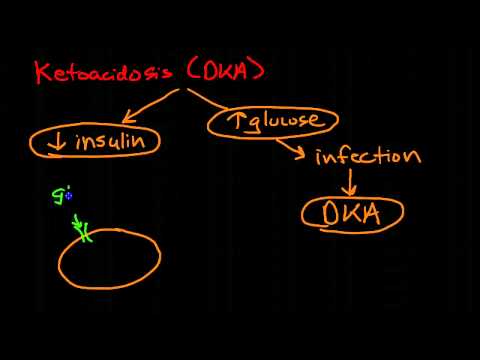 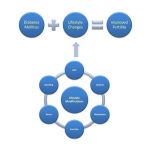 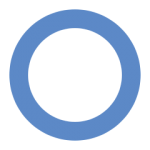 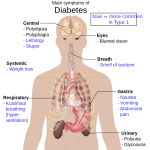 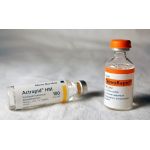