A defect in the tissue barrier that normally keeps the cerebrospinal fluid around the brain separate from the sella turcica.

An empty sella (Pic. 1), also known as an empty pituitary fossa, means that the pituitary gland is replaced by cerebrospinal fluid (CSF) and became shrinked or flattened.

The normal mechanism of the pituitary gland sees that it controls the hormonal system, which therefore have an effect on growth, sexual development and adrenocortical function. The gland is divided into anterior and posterior.

There are two types of ESS:

2.    secondary empty sella (i.e. those with an identifiable cause)- prior tumours, radiotherapy, surgery, haemorrhage (bleeding)

Primary empty sella (PES) happens when a small anatomical defect above the pituitary gland increases pressure in the sella turcica and causes the gland to flatten out along the interior walls of the sella turcica cavity.
Its aetiology is not completely clear. PES is a frequent incidental finding due to widespread use of computerized tomography (CT) and magnetic resonance imaging (Pic. 2; MRI) techniques. It is associated with obesity and increase in intracranial pressure in women.

Rarely, PES patients present with CSF rhinorrhoea (an excessive discharge of mucus from the nose), visual field defects or papilloedema (optic disc swelling that is caused by increased intracranial pressure). Hypopituitarism (decreased secretion of one or more of the eight hormones normally produced by the pituitary gland) is thought to be rare in PES. Hyperprolactinaemia (a condition of elevated serum prolactin) due to distortion of pituitary stalk is present in about 10% of cases. Growth hormone (GH) is the most frequently affected hormone and few recent studies have demonstrated a decreased pituitary GH reserve in 35-60% of adult PES subjects.

The diagnosis of ESS, done via examination (and test), may be linked to early onset of puberty, growth hormone deficiency or pituitary gland dysfunction (at an early age). Additionally there are CT scans and MRI scans.

The major differential to consider in empty sella syndrome is intracranial hypertension (high blood pressure in head), of both unknown and secondary causes, and an epidermoid cyst (common congenital brain tumor), which can mimic cerebrospinal fluid due to its low density on CT scans, although MRI can usually distinguish the latter diagnosis.

In terms of management, unless the syndrome results in other medical problems, treatment for endocrine dysfunction associated with pituitary malfunction is symptomatic and thus supportive; however, in some cases, surgery may be needed.

Many patients are entirely asymptomatic and endocrinologically normal. If there are symptoms, people with empty sella syndrome can have headaches, as symptoms, which subsides when lying down. Additional symptoms are as follows:

Complication from medical treatment of prolactinomas (a benign tumor of the pituitary gland that produces a hormone called prolactin) is empty sella which occurs quite frequently and may cause or aggravate pre-existent visual disturbances. Secondary empty sella usually develops following radiation therapy or surgery of the sellar region or during dopamine agonist treatment for prolactinomas.

This syndrome cannot be prevented.

Empty sella syndrome is associated with hypopituitarism and with deficiency of growth hormone. Infertility in hypopituitarism patients is caused by LH and FSH deficiency leading to sex hormone abnormalities and insufficient egg and sperm maturation. In men, a hormone replacement treatment for one year or more is needed to achieve a sperm count adequate to father a baby.

Unexplained infertility may be also a result of growth hormone deficiency due its role in reproductive system. In men, it controls male sexual maturation and adult reproductive function. It affects gonadal differentiation, steroidogenesis (steroid hormones production by ovaries, testes and brain), gametogenesis (gamete formation), and gonadotropin secretion and responsiveness. In women, it acts as a modulator on gonadotropins and follicular maturation. So, growth hormone deficiency may be tested as a possible cause of unexplained infertility.

Before pregnancy, the hormone levels should be restored to normal level. Pregnancies resulting from fertility treatment of hypopituitarism are associated with an increased risk of pregnancy complications such as abortion, anemia, pregnancy-induced hypertension, placental abruption, premature birth, and postpartum hemorrhage. In those patients, close monitoring is necessary as changes may need to be made to their medications. Ultrasounds measurement is also needed for fetal growth assessment.

Very often empty sella syndrome doues not couse any health problems and to not affect life. If there are signs of hypopituitarism, hormone replacement therapy is administered and very often leads to improvement. 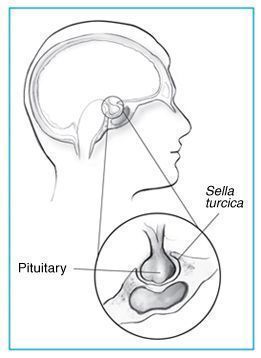 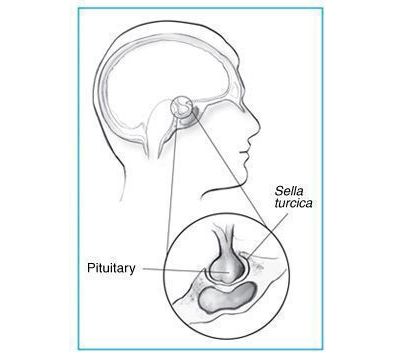 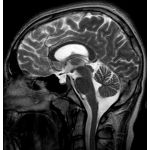