The cysts formed after ectopic adhesion (attachment outside the uterus) of endometrial tissue interfering with conception and pregnancy.

Endometriotic cysts (Pic. 1) are formed when a tiny patch of endometrial tissue bleeds, sloughs off, becomes transplanted, and grows and enlarges. This closed sac with distinguished tissue and division may be filled with semi-solid materials, fluids or air. When it ruptures, the material spills over into the pelvis and onto the surface of the uterus, bladder, bowel, and the corresponding spaces between. The endometriotic cyst usually contain higher concentrations of stress-related factors such as reactive oxygen species (ROS; highly reactive chemical substances containing oxygen). These stress factor may induce gene mutations more frequently than contents in other cysts. In this sense, hyperestrogenism (elevated oestrogen levels) has been associated with the malignant transformation of endometriotic cysts. The micro-environment provided by endometriosis facilitates the accumulation of excess estrogen through several mechanisms.

The evasion of endometrial tissue outside the uterus is what characterizes endometriosis. Endometriosis is a common, benign, chronic, estrogen-dependent disorder. It can be associated with many distressing and debilitating symptoms, such as pelvic pain, severe dysmenorrhea (painful menstruation), dyspareunia (painful sexual intercourse), and infertility, or it may be asymptomatic and incidentally discovered at laparoscopy or exploratory surgery.

The ectopic endometrial implants are usually located in the pelvis but can occur nearly anywhere in the body. The common locations of endometriosis are the ovaries, fallopian tubes, pelvic peritoneum, and uterosacral ligaments (also called pelvic site), while the atypical sites of endometriosis include the gastrointestinal tract, urinary tract, soft tissues, and chest, nose, and incisional sites (also called extrapelvic site). Endometriosis lesions can be classified as ovarian, extraovarian, or mixed. The predominant location of endometriosis was the ovaries (96.4%), followed by the soft tissue (2.8%), gastrointestinal tract (0.3%), and urinary tract (0.2%).

The endometriotic cyst formed on the ovaries are also called as endometrioma or “chocolate cysts” (Pic. 2). These cysts are benign containing thick, old blood that appears as a brown fluid. The pathogenesis of ovarian endometrioma is a continuous source of controversy. One theory suggests that endometrial implants, located on the surface of the ovary, cause a gradual invagination of the ovarian cortex, which results in a pseudocyst. Other theory suggests that endometriomas may develop as a result of secondary involvement of functional ovarian cyst. Different theory is explaining the pathogenesis of endometriomas in relation to ovulation and hemorrhagic corpora lutea.

Endometrial tissue attaches within the thoracic cavity, forming chocolate-like cysts mentioned previously. Generally, the parietal pleura is involved, but the lung itself, the visceral layer, the diaphragm, and more rarely the tracheobronchial tree may also be afflicted. The mechanism through which endometrial tissue reaches the thorax remains unclear. Defects in the diaphragm, which are found often in affected individuals, could provide an entry path, as could microembolization through pelvic veins. The cysts can release blood; the endometriotic cyst "menstruates" in the lung. Air can move in by an unknown mechanism. The blood and air cause the lung to collapse (i.e. catamenial hemopneumothorax).

Limited evidence indicates that the use of combined oral contraceptives is associated with a reduced risk of endometriosis and thus with reduced chance of endometriotic cyst development.

Endometriosis and closely related endometriotic cysts can cause infertility. In endometriosis, there is a risk of female infertility of up to 30% to 50%. The abnormal growth of endometrial tissue with each female hormonal cycle causes adhesions and scars from forming in the organs where it is. This, in the case of the female reproductive organs can be fatal for the smooth passage of the ovum to the uterus. If the egg cannot proceed through the fallopian tubes into the uterus, the fertilization and implantation can’t take place, so the egg wont develop disallowing the conception.

The mechanisms by which endometriosis may cause infertility is not clearly understood, particularly when the extent of endometriosis is low.

Endometriotic cysts represent a risk factor for cancer development and therefore, their early diagnosis has utmost importance. They also represent a significant factor interfering with woman’s daily life. There is clear evidence of the negative impact on women fertility. On the other hand, there is quite large variety of surgical techniques to treat this condition. If left untreated, the damage done to reproductive system may permanently affect the fertility potential of a women not mentioning the increasing risk of cancer development. Therefore, its most recommendable for a woman to consult a physician if specific symptoms are persisting, especially in case of menstruation disorders, chronic pelvic pain or pelvic pain during menstrual periods. 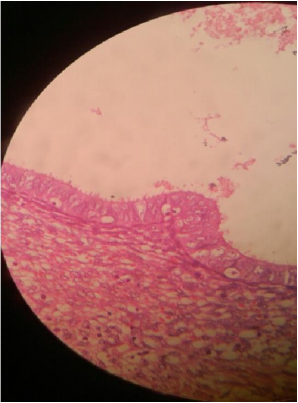 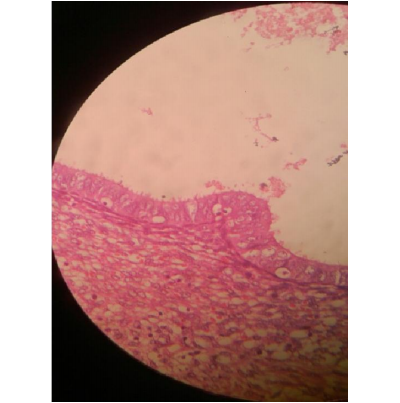 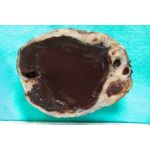 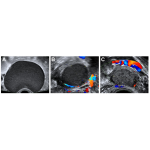