Menometrorrhagia can occur due to a variety of causes:

An imbalance in the levels of estrogen (the primary female sex hormone) and progesterone (female hormone released during the second half of menstrual cycle, and continuously during pregnancy) produced during the menstrual cycle can cause an excessive growth of the endometrium (the inner lining of the uterus), which can then produces abnormally profuse uterine bleeding. One example of such hormonal imbalance is anovulation – a menstrual cycle during which an egg is not released, and progesterone is therefore not produced, leading to excessive endometrium growth and subsequent heavy uterine bleeding.

Endometriosis is the growth of endometrial tissue outside in abnormal localizations, typically the muscular portion of uterine wall (Pic. 2). These areas of endometrium then undergo cyclic changes during the menstrual cycle and can also cause excessive uterine bleeding.

Uterine leiomyomas, or fibroids, are benign tumours that grow in the uterine wall during a woman´s fertile period. Depending on their localization they can cause various symptoms, including bleeding irregularities. The most symptomatic type are so-called submucosal leiomyomas – localized just under the inner lining of the uterus (Pic. 3). They can cause excessive or irregular uterine bleeding and are also a common cause of infertility.

Conditions causing decreased clotting ability of blood can lead to more frequent and profuse uterine bleeding. This includes the widespread use of anticoagulant drugs in the treatment of various cardiovascular diseases.

Various other medical conditions can, in some cases present with menometrorrhagia. These include use of progestin-only contraception, uterine polyps, scars caused by Caesarean section, celiac disease and others.

The initial diagnostic workup includes exclusion of pregnancy and cancer, by performing a pregnancy test, a pelvic exam and a gynecologic ultrasound. Further workup depends on outcomes of the preceding tests and may include hydrosonography (sterile fluid instilled into the uterine cavity with gynecologic sonography performed at the same time), hysteroscopy (endoscopic examination of the uterine cavity), endometrial biopsy, and magnetic resonance imaging.

Treatment depends on the cause. In cases where malignancy is ruled out, hormone supplementation or the therapeutic use of hormonal contraception is usually recommended to induce bleeding on a regular schedule.

The main symptom of this condition is the menstrual cycle irregularity – the menstrual bleeding is more frequent (usually ocurring at an interval of less than 21 days) and/or irregular, and is prolonged (duration 8 days or more) and/or more profuse.

In longstanding cases, the excessive and frequent uterine bleeding can lead to anemia, decreased ability of blood to carry oxygen to tissues. When anemia develops gradually, its symptoms can be mild and vague, like feeling tired, shortness of breath and poor ability to exercise. Anemia with rapid onset due to large quantities of blood lost usually has more pronounced symptoms, like confusion, dizziness or loss of consciousness.

Menometrorrhagia can be prevented only to some extent, as many cases of the condition can only be prevented from deteriorating by proper diagnosis and treatment once they are already present.. Possible prevention includes the use of combined oral contraceptives, which make the menstrual bleeding more regular, and which can be also regarded as a treatment option in cases where uterine cancer has been ruled out.

Menometrorrhagia is usually associated with an underlying condition that can eventually lead to infertility. In case of bleeding due to anovulatory cycles, the woman is infertile simply because no egg is released, but fortunately, such cycles are usually present at the beginning of fertile period and tend to be quickly replaced by regular, ovulatory cycles. Uterine fibroids may also cause infertility depending on their localization, with submucosal ones being the most symptomatic, as they can prevent the fertilized egg from successfully implanting in the endometrium. Large or multiple uterine fibroids causing pelvic pain, anemia, or other complications may even require surgical removal of the uterus. Also in cases of uterine cancer, the uterus is usually surgically removed during treatment.

The prognosis of menometrorrhagia depends on the underlying cause. Uterine cancer has to be ruled out as the most severe condition. In cases of hormonal imbalance, the condition can be successfully treated with medication and normal fertility can be effectively restored. 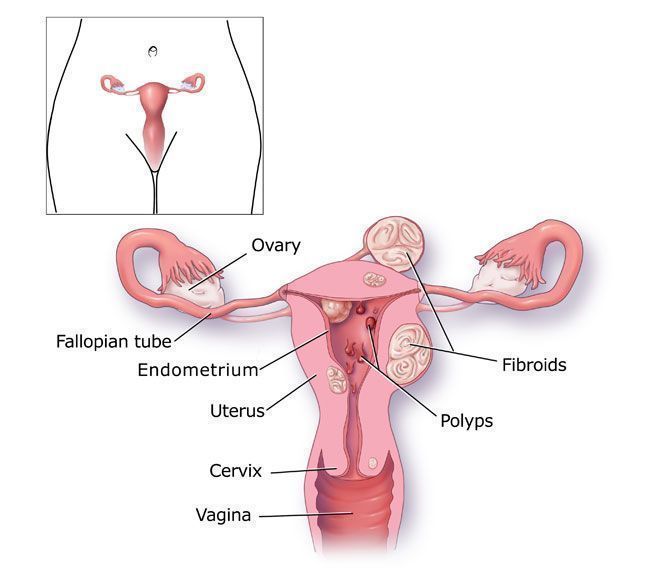 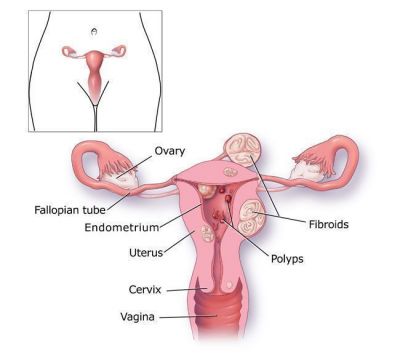 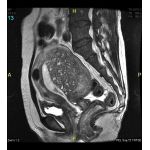 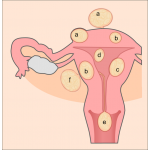 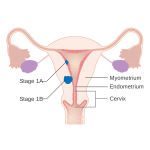