A form of diabetes that is first detected during pregnancy.

GDM affects roughly 7 % of pregnancies with an incidence of more than 200,000 cases per year. Pregnancy is a relatively short period marked by dramatic changes of hormone profile and body composition with profound effects on metabolism. There is no known specific cause, but it is believed that the hormones, produced during pregnancy, reduce receptivity to insulin, resulting in high blood sugar. While the initial phase of pregnancy is usually characterized by increased insulin sensitivity, later marked insulin resistance develops, which, in a subset of women with latent (underlying) defect of insulin secretion, manifests as a GDM.

Untreated gestational diabetes can damage the health of the foetus and the mother. The risks to the baby include macrosomia (high birth weight, Pic. 1), congenital (present at birth) cardiac and central nervous system anomalies, and skeletal muscle malformations. Increased fetal insulin may inhibit fetal surfactant (a fluid in the lungs, that lowers the surface tension of the lung alveoli) production and cause respiratory distress syndrome. Hyperbilirubinemia (high levels of bilirubin, the degradation product of haemoglobin, in blood) may result from red blood cell destruction. Untreated GDM can also result in stillbirth. Timely diagnosis of GDM should improve short-term pregnancy and perinatal outcomes.

Screening can be performed during the first prenatal visit, especially in mothers with risk factors (mentioned further in the text) for GDM. If the result is negative, or the test was not carried out during the first prenatal visit, screening at 24-28 weeks gestational age is ideal. Oral glucose tolerance test (OGTT) is accepted as a diagnostic “gold standard” for GDM diagnosis. Blood glucose level is measured 1 h and 2 h after glucose ingestion, fasting blood glucose is measured prior to the ingestion of the 75g glucose load. The OGTT should be performed in the morning after an overnight fast of at least 8 h. The diagnosis of GDM is made when any of the following plasma glucose values are met or exceeded:

After diagnosis, treatment starts with medical nutrition therapy, physical activity, and weight management, depending on pre-gestational weight. 70-85% of patients have good glycaemic control (normal blood sugar levels, Pic.2) with life style modification. Moderate amount of non-weight bearing exercise is an important adjunct to dietary advice. It is recommended that pregnant women exercise for about 20-30 minutes everyday/most days of the week. If lifestyle management and dietary changes fail to control the hyperglycaemia (high blood sugar), the next step is to initiate pharmacotherapy. Insulin is the drug of choice for the treatment of GDM.

Symptoms
Many women present with no or very few symptoms before the diagnosis. The symptoms of gestational diabetes are usually similar to the symptoms of other types of diabetes. They include polyuria (increased passage of urine) and polydipsia (increased thirst and drinking of excessive amounts of water). Women with gestational diabetes may also have a dry mouth and more frequent urinary tract infections.
Associated diseases
Polycystic ovary syndrome
Polycystic ovary syndrome (PCOS) is one of the most common endocrine disorders of women at reproductive age and the major cause of anovulatory infertility (a condition of no eggs being released from the ovary, resulting in infertility). Women with PCOS have elevated androgen levels (the male sex hormones) and dysbalances of gonadotropin hormones, namely LH (luteinizing hormone) and FSH (follicle-stimulating hormone), which leads to menstrual abnormalities and can cause infertility. PCOS is also strongly associated with increased insulin resistance. Therefore, if a woman with PCOS gets pregnant, she has an increased risk of developing gestational diabetes.
Complications
Obstetric complications
Women with GDM are at a higher risk of developing pre-eclampsia, a potentially life-threatening condition characterised by hypertension (high blood pressure), oedemas and proteinuria (protein present in the urine). If left untreated, it may develop into eclampsia, characterised by the onset of seizures. Other obstetric complications of gestational diabetes include polyhydramnios (excess of the amniotic fluid) and difficult labour due to high birth weight of the baby.
Long term complications
Women who develop GDM during pregnancy have an increased risk of developing type 2 diabetes later in life.
Fetal complications
Poor glycemic control and increased insulin level may result in increased metabolic demands in the fetus, which secondarily leads to fetal and neonatal complications. Large for gestational age babies, prematurity, respiratory distress syndrome, hyperbilirubinemia (increased bilirubin levels), polycythemia (increased red blood cell count), and congenital anomalies, are the most common complications seen in neonates whose mother had GDM during the pregnancy.
Risk factors
Prevention
Weight control, dietary control, and life style modification, are the main preventive control measures in GDM. If the patient is already diagnosed with GDM, preventive measeures should be taken to prevent the development of type 2 diabetes. Following delivery, mothers diagnosed with GDM should have close follow ups. Testing with 75 g OGTT 6 to 12 weeks after delivery, and then every 1-3 years is recommended for early diagnosis of diabetes.

The main diabetes type 2 complication related to pregnancy is (similarly to gestational diabetes) macrosomia - or a big baby (higher than the 90th percentile in birth weight). Sometimes these babies are not able to pass through the birth canal, so there are higher incidences of caesarean sections, and sometimes it is necessary to induce labor early. Fetal distress can also become an issue. There is also an increased risk of birth defects. This condition is directly related to maternal diabetes problems, especially during the first few weeks when a woman may be unaware she is pregnant. For this reason, women with diabetes are advised to manage their insulin levels under control before attempting to conceive.

In patients who manifest GDM, there is often improvement/complete resolution after delivery. However, GDM is an established lifelong risk factor for the development of diabetes in women with GDM history. Women with previous GDM had at least 7-fold increase of risk of developing type 2 diabetes mellitus (T2DM) in the future compared with those with normoglycaemia (normal blood sugar) during pregnancy. 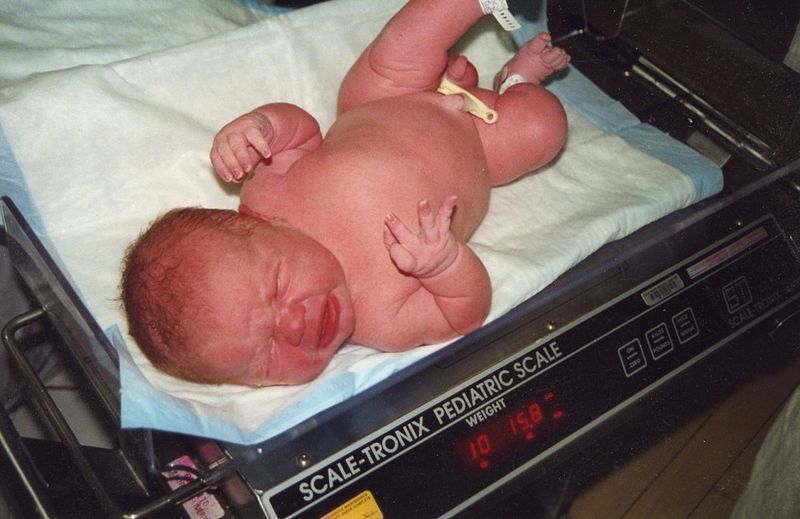 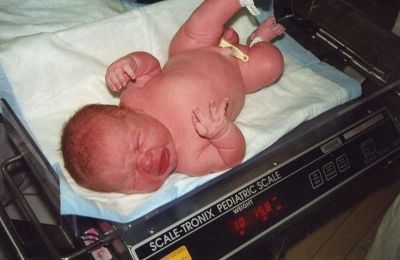 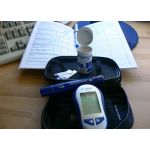