Surgery on the female reproductive system that could result in infection and thus adhesions impairing fertility.

Gynecological surgery refers to surgery on the female reproductive system. It includes procedures for benign conditions, cancer, infertility, and incontinence. Most often complications after gynecologic surgery include infection and thus risk of adhesions. For example, myomectomy (surgery to remove fibroids), tubal surgery (to remove ectopic pregnancy), surgery on the ovary (to remove cysts) and surgery for endometriosis can cause adhesions.

There are several types of gynecological surgeries depending on the underlaying cause:

In general gynecology and reproductive gynecology, the robot is being increasingly used. Initially, traditional laparoscopy afforded less invasive approaches. However, not all surgeons are comfortable with the laparoscopic approach due to its steep and extended learning curve, nor are all patients and procedures amenable to traditional laparoscopy. In fact, the majority of advanced gynecologic surgeries are still being performed through an abdominal incision (laparotomy).

Despite the advantages of laparoscopic procedures, they do not come without risk and complications for the patient. As with laparotomy there is always danger for deep vein thrombosis, inflamation and creation of adhesions. It should be noted though that compared to laparotomy there is a higher risk of injury to the major blood vessels positioned in the pelvis and the urinary system, and that is why patients considered to be subjected to laparoscopy should be carefully chosen.

The results of studies about the surgical recovery process show that surgical patients may feel discomforts that could persist for years after the surgery, such as: pain, fatigue, problems with the surgical wound and mobility, among others that affect the resumption and performance of activities that maintain life, health and welfare. However, clinical symtoms are related to underlaying indication for gynecologic surgery.

These problems can be related to incorrect/mistaken treatment, kind of surgery, the patient's low capacity of coping with stress and insufficient information provided by health professionals.

An ovarian cyst is a fluid-filled sac that develops on a woman's ovary. Small ovarian cysts are usually asymptomatic and found incidentally clinically or on ultrasound. They may sometimes cause pain or discomfort. The most frequent complications of benign ovarian cysts are torsion, hemorrhage, and rupture. Large or persistent ovarian cysts, or symptomatic cysts, usually need to be removed by surgery. Also, surgery should be recommended if there are concerns that the cyst could be cancerous or could become cancerous.

The link between ovarian cysts and infertility is still the subject of debates. Moreover, surgical intervention on ovarian cysts may sometimes be more threatening than the cysts themselves, with with respect to maintaining adequate ovarian capacity and fertility.

Ectopic pregnancy (EP) is the result of implantation and maturation of the conceptus outside the endometrial cavity, which ultimately ends in the death of the fetus. Without timely diagnosis and treatment, EP can become a life-threating situation.

In spite of the various recent advances in the management of ectopic pregnancy, conventional surgical treatment by laparotomy (Pic. 2) is still the most widely used modality of treatment in our institution. With appropriate and prompt management, maternal mortality due to ectopic pregnancy can be prevented, because previous pelvic operation may increase the risk of EP. Previous surgery in the pelvic area or on the tubes can cause adhesions. Adhesions form in the majority of women after gynecologic pelvic surgery.

Endometrial cancer is the most common gynaecological cancer affecting women, and with an increasing incidence, a safe, cost effective, and tolerated management is important. The treatment remains removal of the uterus (hysterectomy, Pic. 3) and adnexa (ovaries and fallopian tubes), and this can be accomplished via laparotomy, vaginally, totally laparoscopic, laparoscopically assisted or robotically. The surgery is both diagnostic (staging) and therapeutic (80%) cure.

Cervical cancer is a cancer arising from the cervix. It is due to the abnormal growth of cells that have the ability to invade or spread to other parts of the body. Early cervical cancers are treated surgically, by radical abdominal hysterectomy and pelvic lymphadenectomy. Mobilizing the ureter makes surgeon’s movements safer. However, the treatment of low-grade lesions may adversely affect subsequent fertility and pregnancy.

Endometriosis is an often painful disorder in which tissue that normally lines the inside of your uterus (endometrium) grows outside the uterus. Endometriosis seems to be responsible for most pathological cases of chronic pelvic pain and also for the highest percentage of cases who are referred with primary and secondary infertility.

Laparoscopy (Pic. 4) holds a special place in the diagnosis of this problem as it is the gold standard diagnostic test in clinical practice for the accurate diagnosis of endometriosis.

The development of surgical site infection remains the most common complication of gynecologic surgical procedures and results in significant patient morbidity. Gynecologic procedures pose a unique challenge in that potential pathogenic microorganisms from the skin or vagina and cervix may migrate to operative sites.

Multiple host and surgical risk factors have been identified as risks that increase infectious sequelae after pelvic surgery. The risk of infection is significantly elevated when there is an increased concentration and virulence of contaminating bacteria.

The incidence of intra-abdominal adhesions ranges from 67% to 93% after general surgical abdominal operations and from 60% to 90% after gynecological procedures.

Not unexpectedly, adhesion formation is considered one of the most common post-operative complications. Post-surgically, many adhesions may be asymptomatic or can lead to a broad spectrum of clinical problems, including intestinal obstruction, chronic pelvic or abdominal pain and female infertility, requiring re-admission and often additional surgery, while at the same time they can complicate future surgical procedures.

Adhesion-related re-operations are a common consequence of gynecological procedures and adhesiolysis is followed by a high incidence of adhesion reformation and de-novo adhesion formation.

Uterine perforation is a condition resulting from the accidental piercing of the full thickness of the uterine wall. Perforation of the uterus is a potential complication of all intrauterine procedures and may be associated with injury to surrounding blood vessels or viscera, such in bladder, bowel. In addition, uterine perforations and associated complications that are not diagnosed at the time of the procedure can result in hemorrhage or sepsis.

After the operation, it is necessary to monitor the symptoms of any complications and to seek medical attention if anything is observed.

Postoperative vaginal cuff cellulitis, pelvic cellulitis and pelvic abscesses are among the most common complications of gynecologic surgeries.

Vaginal cuff cellulitis is the infection that involves only the skin and subcutaneous tissue of the incision. The infection involving deep soft tissue (e.g. muscle) is called pelvic cellulitis. Pelvic abscess involves any part of the anatomy (e.g., organs and spaces) other than the incision. A pelvic abscess is the end stage in the progression of a genital tract infection and is frequently an unnecessary complication. The abscess may fill the pelvis and occasionally the lower abdomen, and is usually posterior (rear) to the uterus.

The association between infection and infertility has been long known. The infections that lead to asymptomatic infections are more damaging as lack of symptoms prevents a patient from seeking timely medical intervention and consequently chronic damage to pelvic organs. Chronic inflammation of the cervix and endometrium, altera‐ tions in reproductive tract secretions, induction of immune mediators that interfere with gamete or embryo physiology, and structural disorders such as intrauterine synechiae all contribute to female infertility.

Adhesions are a frequent cause of infertility and pelvic pain in women. Pelvic adhesions impair fertility by disrupting normal tubalovarian relationships.

Uterine perforation could pose a risk of uterine rupture during labor and contractions due the scar tissue in uterine wall. Typically, uterine rupture occurs suddenly and requires immediate critical emergency care for mothers, fetuses, or neonates.

As women postpone motherhood, preservation of fertility is a frequent concern of the gynecological surgeon. Surgical recovery is a complex matter due to its multidimensional nature. The return of patients to their daily activities does not always occur as expected neither has the same quality intended. After a thorough analysis of the patients' reproductive status such as age, duration of infertility and other infertility causes, surgery and a prompt attempt at natural conception with sufficient time (at least six months) is advisable. 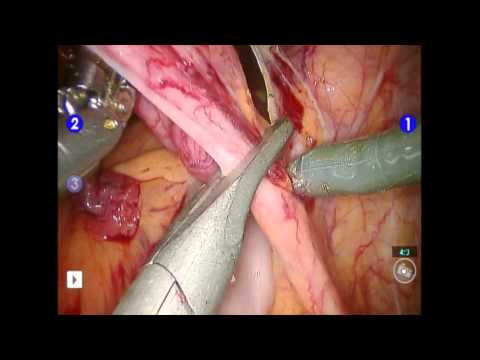 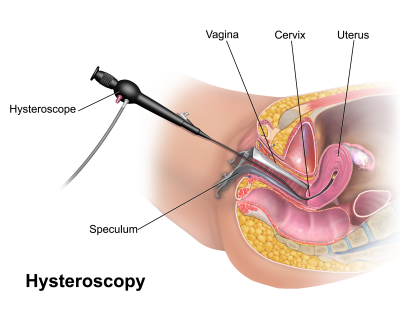 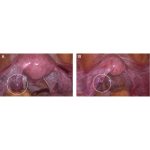 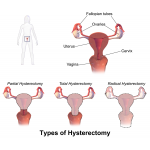 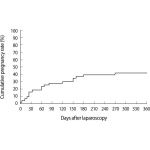