About High level of FSH

High levels of follicle-stimulating hormone (FSH) indicate that the normal restricting feedback from the gonad is absent, leading to an unrestricted pituitary FSH production and are an indication of subfertility and/or infertility. Normal FSH levels are typically low during childhood and, in females, high after menopause (Pic. 1). Since the normal FSH levels are necessary for the maturation of germ cells in both females and males, high FSH is associated with abnormal development of eggs and sperm.

Elevated FSH levels may arise congenital developmental disorder of the reproductive system characterized by a progressive loss of germ cells on the developing gonads of an embryo, known as gonadal dysgenesisin both women and men. In men high FSH levels are due to primary testicular failure (inability of the testicles to produce sperm and the male hormone testosterone). This can be the result of developmental defects in testicular growth or to testicular injury. They can also indicate the presence of Klinefelter syndrome (two or more X chromosomes in males) or a genetic disorder.

Follicle stimulating hormone is typically measured in the early follicular phase of the menstrual cycle, typically day three to five, counted from last menstruation. At this time, the levels of estradiol (E2) and progesterone are at the lowest point of the menstrual cycle. FSH levels in this time is often called basal FSH levels, to distinguish from the increased levels when approaching ovulation.

FSH levels can be detected using a simple blood test. The measuring for FSH is usually done in conjunction with other hormone tests such as luteinizing hormone (LH), testosterone, estradiol and progesterone. The results of these other tests will help determine next steps.

Subsequent treatment is based on the underlying cause and often includes treatment of other hormone imbalance. Nothing in Western medicine so far has succeeded in lowering FSH levels. But many practitioners of traditional Chinese medicine (TCM) claim that they are able to lower FSH using herbs, acupuncture and dietary changes.

Conditions with high FSH levels include:

The result of elevated FSH levels depends on exactly how high FSH levels are as well the age. Slightly increased FSH levels have only a slightly reduced birth rate, but as FSH levels rise, birth rates fall. Though younger women may not have more eggs, the eggs are often of higher quality, which can makes them more successful in achieving pregnancy. But it is important to understand that high FSH levels usually make it much more difficult to get pregnant, even with fertility medications and in vitro fertilization (IVF).

Many studies demonstrated that an elevated level of basal FSH affects both ovarian quality and quantity. Elevated basal FSH levels are indicative of diminished ovarian reserve (capacity of the ovary to provide egg) and women with higher basal FSH levels have frequently decreased oocytes retrieved in IVF program. The determination of ovarian reserve by measuring day 3 basal FSH among normal cycling women is one of the most commonly used tests for predicting success in IVF treatment.

Several studies have reported that women with an elevated FSH level have poor response to ovarian stimulation that leads to a lower pregnancy rate in ART regardless their age. However, other authors argued that young age does not protect against the adverse effects of reduced ovarian reserve. They also suggest that an elevated basal FSH is associated with poor quality oocytes leading to reduction in pregnancy rate and in miscarriage rates.

Elevated FSH levels have been shown to be associated with damage to the germinal epithelium of the seminiferous tubule that are located within the testes. Plasma FSH levels usually correlate inversely with process of producing sperm (spermatogenesis), and therefore FSH is considered to be a clinically useful endocrine marker (hormonal sign) in the evaluation of infertile men.

There is a consensus that men with azoospermia (no sperm in semen) and testicular atrophy with significantly elevated FSH levels should undergo testicular biopsy if in vitro fertilization with intracytoplasmic sperm injection (ICSI) is an acceptable approach for both partners.

Women < 38 years old with elevated basal FSH can still have a favorable ART outcome as reflected by pregnancy rate despite poorer numbers of oocytes retrieved, fertilized and embryos obtained. This result can be explained by the decreased remaining follicles pool without diminuting their quality. Thereby, female age is a well known factor related to reproductive outcome. It reflects on the quality of oocytes.

Current success rates among women aged ≥ 38 years are low even in among those with good ovarian reserve. At this age, quantity does not make up for quality. However, younger women with limited ovarian reserve can have good success rate despite their limited oocyte cohort and here quality matters more than quantity.

Recently, some studies have shown that women with higher basal FSH levels especially younger women can still achieve reasonable pregnancy rates with assisted reproductive techniques (ART). Therefore, the question to be raised is whether an elevated basal FSH level should be used as an entrance criterion to discourage patient’s access to treatment with ARTs.

In men, testosterone therapy is often given to men with high FSH levels, since high FSH can lead to low testosterone; this can help increase fertility in these men. 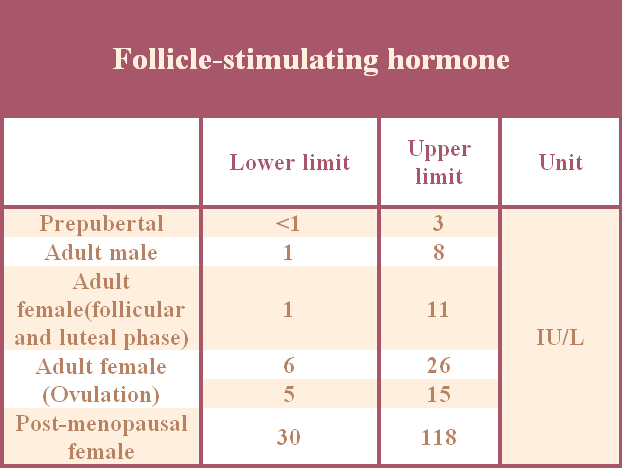 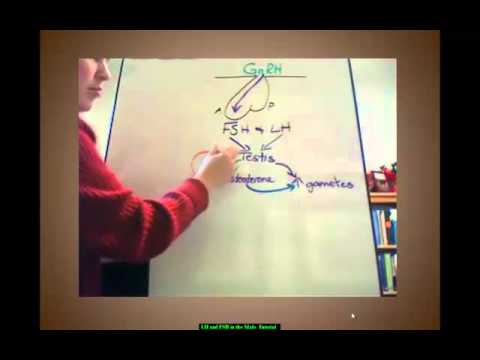 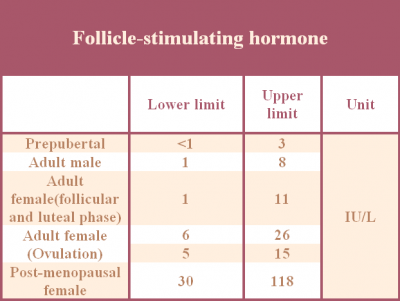 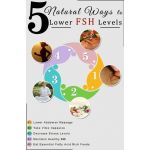