Cycling is the sports modality that is predominantly associated to erectile dysfunction.

The concern about bicycle riding is that the seats with a "nose" presses on the area just behind your scrotum. This area is where the blood for the genitals flow and where several nerves run. A study found that men who logged more than 3,000 miles per year found that 90% of the men were one-third as fertile as non-bike riding men. The study also measured a drop in sperm motility (the ability for sperm to move) and volume (the amount of semen produced) (Graph 1 in gallery).

Cycling is the sports modality that is predominantly associated to ED (Erectile Dysfunction) , with nearly 13-24% of cyclists reporting ED. ED and the other urogenital disorders observed in cyclists show greater incidence in mountain-bikers as compared to road-cyclists. Additionally, an increased prevalence of ED has been observed in long distance cyclists (more than three to four hours per week).

Cycling causes severe oxidative stress. Oxidative stress (OS) has repeatedly been implicated as a leading cause of male factor infertility. It is well known that increased concentrations in reactive oxygen species (ROS) and reactive nitrogen species (RNS) have a negative effect on sperm parameters. This event takes place because sperm are especially susceptible to the deleterious damage as a result of OS. The sperm plasma membrane is very sensitive to the effect of ROS since it contains abundant unsaturated fatty acids. These unsaturated fatty acids create fluidity which is necessary for sperm motility and membrane fusion events such as the acrosome reaction and sperm-egg interaction.

Many cyclists, over 60% according to Sommer et al., experience genital numbness and even ED (Erectile Dysfunction). ED, a persistent inability to achieve and/or maintain an appropriate erection for satisfactory sexual performance, may possibly be caused by an impeded blood flow and pressure on the penile nerves as a result of extended periods of time on the saddle. It has been shown that pudendal nerve (innervates the posterior aspect of the scrotum and the penile base) neuropraxia may lead to numbness and an altered sensation during ejaculation. ED has been associated with reduced NO production and/or its bioavailability to the corporeal smooth muscle. In addition, the increase in contractile factors and generation of superoxide anions have been shown to contribute to ED. Tiredness and fatigue can affect the ability to get or sustain an erection. This may sound strange but being tired can reduce sexual desire and libido to the extent that it is impossible to get or maintain an erection. Exhaustive endurance exercise, especially in overreaching/overtraining states can certainly be fatiguing to the athlete and may, therefore, possibly lead to ED.

Despite erectile dysfunction (ED) being a serious concern in high-load cyclists, this cannot be generalized to the average cyclists who actually have a decreased likelihood of developing ED. These and other data reinforce the idea that regular physical exercise, moderate in nature, is an important approach in preventing ED associated with pathologies such as diabetes mellitus through re-establishing the balance between NO production and inactivation. Conversely, excessive exercise can trigger the onset of ED. 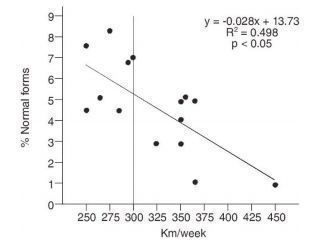 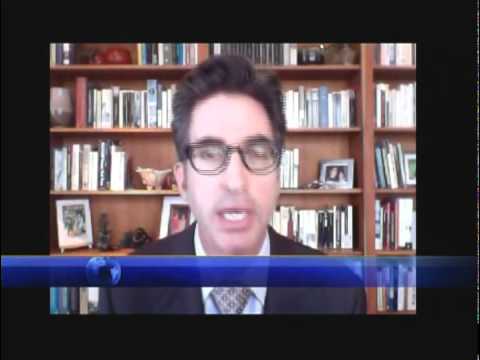 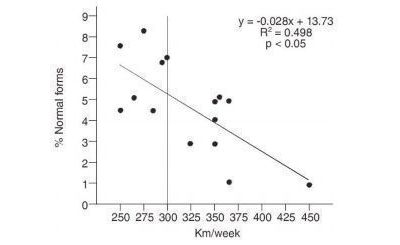 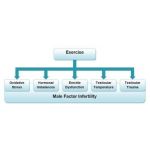