A spectrum of conditions caused by infection with the human immunodeficiency virus (HIV).

HIV infection is characterized by a progressive loss of CD4+ cells, which normally leads to severe immunodeficiency after a variable time interval.

HIV is a virus that belongs to Retroviridae family, which is considered as a highly evolved, which can replicate in host cells by Reverse Transcription process (Pic. 1). Virus enters the body, damages the immune system and causes various diseases in humans and animals.

HIV can be divided into two major types, HIV type 1 (HIV-1) and HIV type 2 (HIV-2). HIV-1 viruses (Pic. 2) may be further divided into groups. The HIV-1 group M viruses predominate and are responsible for the AIDS pandemic. Group M can be further subdivided into subtypes based on genetic sequence data. Some of the subtypes are known to be more virulent or are resistant to different medications. Likewise, HIV-2 viruses are thought to be less virulent and transmissible than HIV-1 M group viruses, although HIV-2 is known to cause AIDS.

Following initial infection, a person may not notice any symptoms or may experience a brief period of influenza-like illness. Typically, this is followed by a prolonged period with no symptoms. As the infection progresses, it interferes more with the immune system, increasing the risk of common infections like tuberculosis, as well as other opportunistic infections, and tumors that rarely affect people who have working immune systems.

The stages of HIV infection are acute infection (also known as primary infection), latency and AIDS.

Diagnosis is done by testing blood or saliva for detecting the virus that causes HIV. Unfortunately, it takes time for your body to develop these antibodies usually up to 12 weeks. In rare cases, it can take up to six months for an HIV antibody test to become positive. Some testes easily detect the HIV antibodies. Western blot test also used for the identification of HIV. CD 4 count, viral load, drug resistance these tests for know the stage of disease. The following tests to check for additional infections or complications, the tests are Liver and kidney damage, hepatitis.

Treatment is recommended as soon as the diagnosis is made. Without treatment, the average survival time after infection is 11 years. Treatment combines three or more different drugs such as two nucleoside reverse transcriptase inhibitors (NRTIs) and a protease inhibitor (PI), two NRTIs and a non-nucleoside reverse transcriptase inhibitor (NNRTI).this therapy reduce the amount of active virus and the number of active virus until it is undetectable by current blood testing techniques .some medicines are available for HIV it gives boost to immune system.

Currently, with the advent of combination antiretroviral therapy (cART), and the ability to reconstitute the immune system and keep viral loads to undetectable levels, HIV-positive individuals may live a healthy and productive life for years to decades after diagnosis. With this progress, family and pregnancy planning issues have become important for HIV-positive men and women.

While typically there are few or no symptoms at first, near the end of this stage many people experience:

Associated diseases
Pericardial Disease
Diseases of the pericardium seen in patients with HIV/AIDS include pericarditis and pericardial effusions. Pericarditis in this patient population can result from bacterial pericarditis with tuberculosis being the most common, Kaposi’s sarcoma or lymphomas.

Treatment of tuberculous pericarditis requires special attention; includes anti-tuberculous therapy and corticosteroids. Presence of pericardial disease is a marker of poor prognosis in patients with AIDS.

Diseases of the myocardium in patients with HIV/AIDS include cardiomyopathy, myocarditis, cardiac tumors and drug toxicity.

The pathogenesis of HIV- associated cardiomyopathy is exceedingly complex, and includes direct effects of the HIV virus on the heart, the inflammatory response of the host myocardium to the virus and the presence of auto antibodies, as well as decreased immunity that makes them prone to infection. The myocardium lacks CD4 receptors and since this receptor is the portal of entry of HIV into the cell, the virus requires injury to the cardiac myocyte by other viruses as a pre-requisite for entry.

Cardiac tumors affecting the heart in patients with HIV/AIDS are more frequently secondary than primary, as in the general population. Kaposi’s sarcoma is usually a part of disseminated mucocutaneous involvement, only rarely is the heart the sole site of involvement. Lesions are frequently asymptomatic. Lymphomas can affect the heart; lymphomas in patients with HIV/AIDS are predominantly non-Hodgkin’s - they can be secondary or primary, the former being much more common than the latter. Chemotherapy and radiation therapy have shown mixed results in these patients.

Drug toxicity can cause clinically significant myocardial dysfunction; drugs specific to the HIV/AIDS patients that can cause heart failure include zidovudine, interferon alpha, foscarnet, doxorubicin, pentamidine and amphotericin B.

Endocardial/ valvular disease in patients with HIV can be secondary to bacterial or non-bacterial (marantic) endocarditis.

Bacterial endocarditis is usually secondary to intravenous drug abuse in this patient population, making Staphylococcus aureus and Streptococcus viridans the most common organisms and the tricuspid valve, the most common valve involved. Unlike in the myocardium, the HIV virus does not affect the endocardium directly.

Non-bacterial (marantic) endocarditis is usually clinically silent, affects the tricuspid valve and can lead to embolism into the pulmonary artery, which is also clinically silent. The CD4 count has implications on the risk of developing heart disease, as well as on the prognosis. Patients with lower CD4 count, especially less than 200, have a higher risk of endocarditis, and more importantly, patients with endocarditis and lower CD4 counts have a much poorer prognosis. Treatment of infective endocarditis in HIV-infected patients does not differ from those who are HIV-negative.

Prevention
Methods of prevention include:
Disease in a baby can often be prevented by giving both the mother and child antiretroviral medication.

Family and pregnancy planning issues are important among human immunodeficiency virus (HIV)-positive individuals and couples. However, access to fertility services may be limited for this population. HIV infected women may have decreased reproductive potential in terms of ovarian response to stimulation, fertilization, and implantation.

There are several factors associated with HIV infection that can potentially affect fertility in PLWHIV (people living with human immunodeficiency virus). These factors can be categorized into biological factors, psychological factors, and social factors (Pic. 5).

Biological changes caused by HIV, including systemic illnesses, stress, and weight loss, may affect the function of reproductive organs and result in infertility. Newly diagnosed HIV infection may cause psychological trauma and decrease in sexual drive and sexual activity.

Several HIV/acquired immune deficiency syndrome (AIDS)-related comorbidities have been reported to be associated with infertility. These include orchitis, acute epididymitis, and pelvic inflammatory disease caused by opportunistic pathogens and coinfections with sexually transmitted infections (STIs) acquired through a similar route of transmission as HIV. The common STIs caused by Neisseria gonorrhoeae, Chlamydia trachomatis, Ureaplasma urealyticum, Treponema pallidum, herpes simplex virus-2, and Trichomonas vaginalis can damage the reproductive system and cause infertility.

Hypogonadism especially in men with AIDS is one of the important endocrine disorders that causes infertility. Although cART provides significant benefits in reducing morbidity and mortality among HIV-infected persons, some antiretroviral drugs, including nucleoside reverse transcriptase inhibitors, are toxic to cellular mitochondria and may affect the mitochondrial biogenesis of sperm and oocytes.

HIV infected women may have decreased reproductive potential in terms of ovarian response to stimulation, fertilization, and implantation.

HIV-infected individuals may have limited access to reproductive care given the severity of their disease, cost of care, stigmatization, and lack of specific HIV infection/infertility knowledge among their providers. In the post–cART era, reproductive care has become an important issue to be comanaged with HIV care. Reproductive care includes not only comprehensively managing HIV infection but also minimizing the risk of horizontal HIV transmission in serodiscordant couples, providing suitable options for unprotected timed in‐tercourse, intrauterine insemination with partner or donor sperm, in vitro fertilization with intracytoplasmic sperm injection (IVF/ICSI), embryo donation, and adoption.

HIV has become a chronic rather than an acutely fatal disease in many areas of the world. Prognosis varies between people, and both the CD4 count and viral load are useful for predicted outcomes. Without treatment, average survival time after infection with HIV is estimated to be 9 to 11 years, depending on the HIV subtype. After the diagnosis of AIDS, if treatment is not available, survival ranges between 6 and 19 months.

The primary causes of death from HIV/AIDS are opportunistic infections and cancer, both of which are frequently the result of the progressive failure of the immune system. Risk of cancer appears to increase once the CD4 count is below 500/μL. The rate of clinical disease progression varies widely between individuals and has been shown to be affected by a number of factors such as a person's susceptibility and immune function; their access to health care, the presence of co-infections; and the particular strain (or strains) of the virus involved.

Even with anti-retroviral treatment, over the long term HIV-infected people may experience neurocognitive disorders, osteoporosis, neuropathy, cancers, nephropathy, and cardiovascular disease. Some conditions like lipodystrophy may be caused both by HIV and its treatment.

Fertility management for PLWHIV (people living with human immunodeficiency virus) should be comprehensive and involve cART (combination antiretroviral therapy), specific management for factors associated with infertility, and AFT while minimizing the risk of horizontal and vertical transmission of HIV.

Partners who have STIs need to be treated to reduce transmission risks of HIV and STI-associated pathogens. Trauma during sexual intercourse should be avoided or minimized, and safer sex practices should be encouraged outside the conception attempts. Proposed algorithm for fertility management among HIV infected couples is shown in Pic. 6. 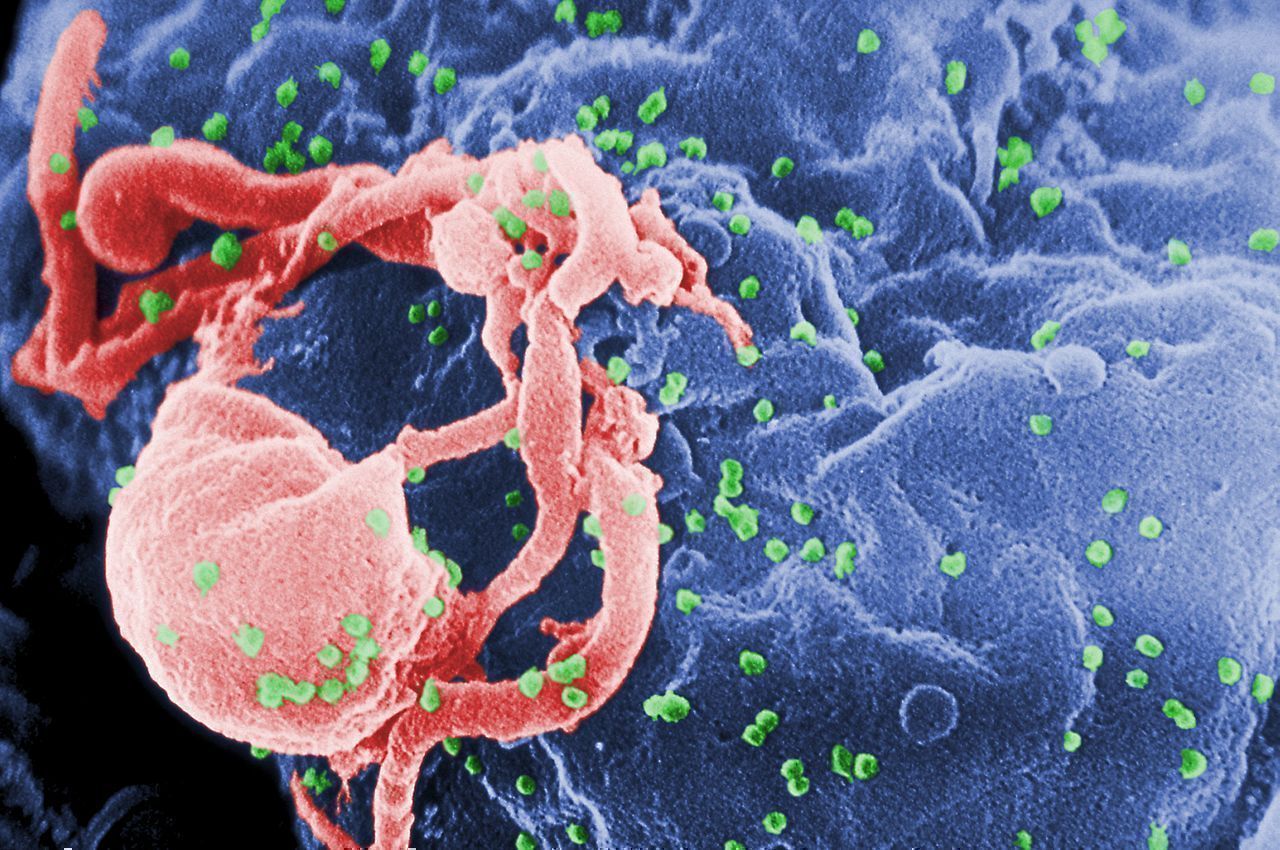 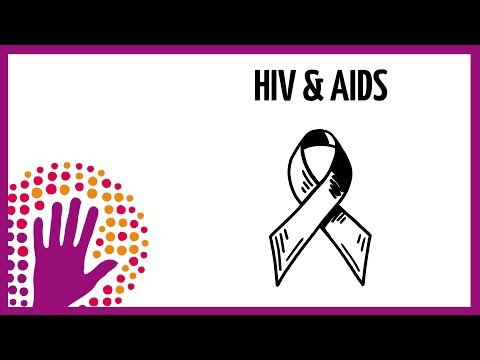 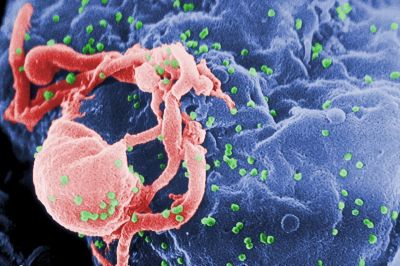 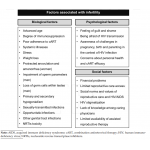 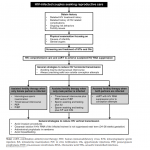 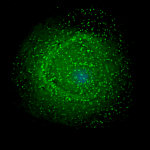 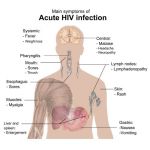 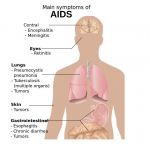