Hydrocele testis is an accumulation of clear fluid between the tunica vaginalis and testis. Adult-onset primary noncommunicating hydrocele testis causes progressive swelling and local discomfort on the affected side of the scrotum, and this has been attributed to the enhanced secretion and defective absorption of fluid in the space between the tunica vaginalis and testis. The cause is generally unknown. A secondary hydrocele testis is secondary to either inflammation or a neoplasm in the scrotum.

A hydrocele usually occurs on one side, but can also affect both sides. The accumulation can be a marker of physical trauma, infection, tumor or varicocele's surgery, but the cause is usually not clear.

The swelling is soft and non-tender, large in size on examination and the testis cannot usually be felt. These hydrocoeles can reach a huge size, containing large amount of fluid, as these are painless and are often ignored. However the long continued presence of large hydroceles causes atrophy of testis due to compression or by obstructing blood supply. In most cases, the hydrocoele, when diagnosed early during complete physical examination, are small and the testis can easily be palpated within a lax hydrocele but an ultrasound imaging is necessary to visualize the testis if the hydrocele sac is dense, to reveal the primary abnormality. A common method of diagnosing a hydrocele is by attempting to shine a strong light (transillumination) through the enlarged scrotum. A hydrocele will usually pass light, while a tumor will not (except in the case of a malignancy with reactive hydrocele).

The processus vaginalis is patent and connects with the general peritoneal cavity. The communication is usually too small
to allow herniation of intra-abdominal contents. Digital pressure on the hydrocele does not usually empty it, but the hydrocele fluid may drain into the peritoneal cavity when the child is lying down. Ascites or even ascitic tuberculous peritonitis should be considered if the swellings are bilateral.

Encysted hydrocele of the cord

There is a smooth oval swelling near the spermatic cord which is liable to be mistaken for an inguinal hernia. The swelling moves downwards and becomes less mobile if the testis is pulled gently downwards. Rarely, a hydrocoele develops in a remnant of the processus vaginalis somewhere along the course of the spermatic cord. This hydrocoele also transilluminates, and is known as an encysted hydrocoele of the cord.

The accuracy of the diagnosis must be ascertained. Great care must be taken to differentiate a hydrocele from a scrotal hernia or tumor of the testicle. Ultrasound imaging can be very useful in these cases. A hernia usually can be reduced, transmits a cough impulse, and is not translucent. A hydrocele cannot be reduced into the inguinal canal and gives no impulse on coughing unless a hernia is also present. In young children a hydrocele is often associated with a complete congenital type of hernial sac.

Hydrocele is rather than a symptom an actual pathological condition. There is no strong correlation with later infertility. Even if hydrocele does not require immediate surgery as a practical recommendation, surgery is still recommended in these men, which have a certain associated pathology. 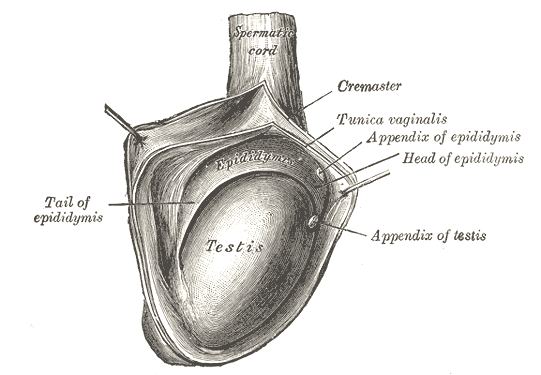 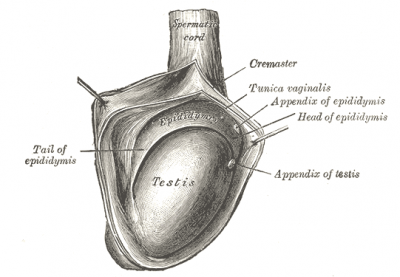 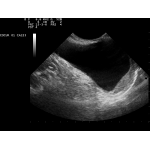