A disorder that is characterized by abnormally high levels of lipids, such as cholesterol or triglycerin, in the blood.

Lipids (water-insoluble molecules) are transported in a protein capsule. The size of that capsule (called lipoprotein) determines its density. These lipoproteins deposit in the interstitial space (surrounds the cells) of arteries arising from aorta, restricting the blood supply to the heart. This phenomenon is known as atherosclerosis. Higher deposition of lipoproteins completely blocked the blood supply to the heart, and thus myocardial infarction occurs, which is commonly known as heart attack.

For treatment of secondary hyperlipidemia, dietary modification is the initial approach, but many patients require treatment with statins (HMG-CoA reductase inhibitors) to reduce cardiovascular risk. If the triglyceride level is markedly raised, fibrates (peroxisome proliferator-activated receptor-alpha agonists) may be preferable due to their beneficial effects. Combination treatment of statins and fibrates, while highly effective, causes a markedly increased risk of myopathy (structural or functional impairment of skeletal muscle) and rhabdomyolysis (damaged skeletal muscle breaks down rapidly), so is only done under close supervision. Dietary supplementation with fish oil is also used to reduce elevated triglycerides, with the greatest effect occurring in patients with the greatest severity.

Hyperlipidemia usually has no noticeable symptoms and tends to be discovered during routine examination for atherosclerotic cardiovascular disease.

If the disease is symptomatic, symptoms may include:

It is a common disorder and occurs when fat, cholesterol and calcium deposits in the arterial linings. This deposition results in the formation of fibrous plaques (Pic. 5).

Atherosclerosis is the leading cause of cardiovascular disease (CAD).It is characterised by the narrowing of the arteries that supply blood to the myocardium and results in limiting blood flow and insufficient amounts of oxygen to meet the needs of the heart. The narrowing may progress to the extent that the heart muscle would sustain damage due to lack of blood supply. Elevated lipid profile is correlated to the development of coronary atherosclerosis.

Myocardial Infarction (MI) is a condition which occurs when blood and oxygen supplies to the cardiac arteries are partially or completely blocked, resulting in damage or death of heart cells. The blockage is usually due to the formation of a clot in an artery. This condition is commonly known as heart attack. The studies show that one-fourth of survivors of myocardial infarction were hyperlipidemic.

Angina is not a disease but a symptom of an underlying heart condition. It is characterised by chest pain, discomfort or a squeezing pressure. Angina occurs as a result of a reduction or a lack of blood supply to a part or the entire heart muscle. Poor blood circulation is usually due to coronary heart disease when partial or complete obstruction of the coronary arteries is present.

It occurs when blood circulation in part of the brain is blocked or diminished. When blood supply, which carries oxygen, glucose, and other nutrients, is disrupted, brain cells die and become dysfunctional. Usually, strokes occur due to blockage of an artery by a blood clot or a piece of atherosclerotic plaque that breaks loose in a small vessel within the brain. Clinical trials revealed that lowering of LDL and total cholesterol by 15% significantly reduced the risk of first stroke.

The most common causes of acquired hyperlipidemia:

There is an association of serum lipid profile with seminal plasma or sperm lipid content, semen quality and male infertility. Cholesterol is neccesary for sperm function. It is crutial for gametogenesis (the production of sperm- spermatogenesis and eggs- oogenesis), also for posttesticular sperm maturation (the process in which sperms are produced from stem cells). In process of maturation cholesterol changes proteins in membrane which leads to changes in membrane composition. It is neccessary for membrane fluidity during the pass through epididymis.

Cholesterol also have an important role in procces of capacitation (a biochemical event which is required to render them competent to fertilize an oocyte) and acrosome reaction (a sperm must first fuse with the plasma membrane and then penetrate the female egg in order to fertilize it). All these procceses are neccesary for fertilization of female egg.

HDL may deliver critical lipid nutrients that are essential for normal oocyte maturation. It might also have a role in the maintenance of cellular cholesterol balance. Therefore, abnormalities in HDL might impair female fertility.

Women with familiar hypercholesterolemia (high blood cholesterol) who are planning to become pregnant should be advised to stop use statins (a class of lipid-lowering medications) 3 month prior to attempting to concieve. Statins may be potential risk and can lead to fetal abnormality. If women became pregnant and the baby is concieved while taking statins or other lipid- modifying drugs, she should be advised to stop treatment immediately and be reffered to an obstetrician for fetal assesment. Cholesterol concentration naturally increases during pregnancy but lipid- modifying medication is contraindicated in any case.

Patients with hyperlipidemia are at extremely high risk of developing premature coronary artery disease (CAD) (30%). If the disease is inadequately managed, the prognosis is poor, especially if other cardiovascular risk factors are present. If the patient complies with lipid-lowering therapy, dietary modification, and lifestyle modification and if therapy is successful, outcome is improved significantly as well as the other complications are lowered, such as fertility. 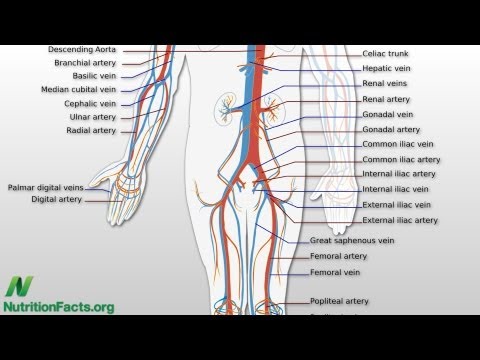 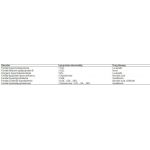 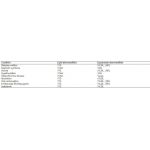 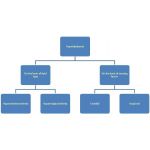 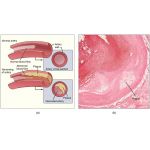