A protrusion of abdominal-cavity contents through the inguinal canal.

An inguinal hernia happens when contents of the abdomen,usually fat or part of the small intestine, bulge through a weak area in the lower abdominal wall (Pic. 1). In general, a hernia occurs when an organ pushes through an opening in the muscle or tissue that holds it in place. It protrudes through body parts though defects in the anatomical structures that normally contains it and are most common in the abdomen (account for about 15-18% of all the surgical procedures).

Inguinal hernias usually present with a lump in the groin (Pic. 2), that normally goes away with minimal pressure or when the patient is lying down. There is a mild to moderate discomfort in the patients and pain is normally uncommon. Most of the patients who are scheduled for surgery actually do not have any pain.

The diagnosis of inguinal hernia is usually done during a physical exam by easily pushing the hernia back into abdomen when a patient is lying down. Tests such as ultrasound and CT scans (Pic. 3) are not usually needed to diagnose an inguinal hernia.

Males have been reported to be more affected with inguinal hernias than females. Possible aetiological factors include conditions which can raise intra-abdominal pressure , such as chronic bronchitis (type of obstructive lung disease) or hyperplasia (increased volume of the organ or tissue) of the prostate.

Inguinal hernia surgery refers to a surgical operation for the correction of an inguinal hernia. Surgery is not generally advised in most cases if the hernia produces no symptoms; watchful waiting being the recommended option. In particular, elective surgery is no longer recommended for the treatment of minimally symptomatic hernias due to the significant risk (>10%) of chronic pain (Post herniorraphy pain syndrome).

Complications
As the hernia progresses, contents of the abdominal cavity, such as the intestines, liver, can descend into the hernia and run the risk of being pinched within the hernia, causing an intestinal obstruction. If the blood supply of the portion of the intestine caught in the hernia is compromised, the hernia is deemed "strangulated" (disruption of blood flow) and gut ischemia (insufficient supply of blood to an organ, usually due to a blocked artery) and gangrene (tissue death which occurs due to loss of blood supply) can result, with potentially fatal consequences.
Risk factors
Prevention
Inguinal hernia can be prevented by avoiding rapid weight loss, which cause weakness in the muscles of the abdomen, by maintaining healthy weight, eating high-fibre foods such as fruit and vegetable, which helps to prevent constipation and by stopping smoking as chronic coughing from smoking increases the risk for developing a hernia. It is also advised to refrain from straining during bowel movements and urination as it causes increased pressure inside the abdomen. When lifting heavy objects, it is very important to avoid bending and twisting at the same time. Instead, be sure to face the object and bend at the knees and not the back.

Hernia repair surgery is the only treatment and cure for inguinal hernia and is one of the most common surgeries done in the world every year. Men with inguinal hernia should consider the risk of complication which results from hernia repair. The inguinal obstruction which may follow groin hernia surgery leads to fertility problems in the future. If the surgery is done on both sides, left and right obstruction of spermatic cord could cause azoospermia (condition, when there is no sperm in ejaculate). Smaller probability of azoospermia is associated with only one sided surgery. The most common consequences are Spermatic granuloma formation (lump of extravasated sperm being present as a result of the pressure-induced changes) and testicular atrophy, unilateral or bilateral (pathological condition in which there is abnormal shrinkage of the testicles, either in one or in both).

Men should consider sperm cryopresevation (technique designed to preserve sperm for future use by freezing them) before they undergo the groin surgery. Cryopreservation allows to do in vitro fertilization (IVF) and intracytoplasmatic sperm injection (ICSI), if any fertility problems will appear after the surgery.

Inguinal hernias occur in less than 5% of women. Even though infrequent, when present, hernias must be evaluated and treated urgently due to possible incarceration (trapped organs) or strangulation (disruption of blood flow) of organs, including, on rare occasion, the ovary and fallopian tube. As with any type of laparoscopic surgery, risks are associated with hernia repair. Bleeding from vessels in the inguinal area, permanent damage to nerves, infection, adhesions, and continued pain are all potential risks.

Surgical repair of inguinal hernias is the most common general surgical procedure in the world. Chronic groin pain lasting more than 3 months after surgery, which is one of the most important complications occurring after inguinal hernia repair. Men with bilateral hernia repair could have a slightly increased risk for infertility compared to them with used on only one side. The cumulative incidence (measures the number of new cases per person in the population over a defined period of time) is still less than 1%. 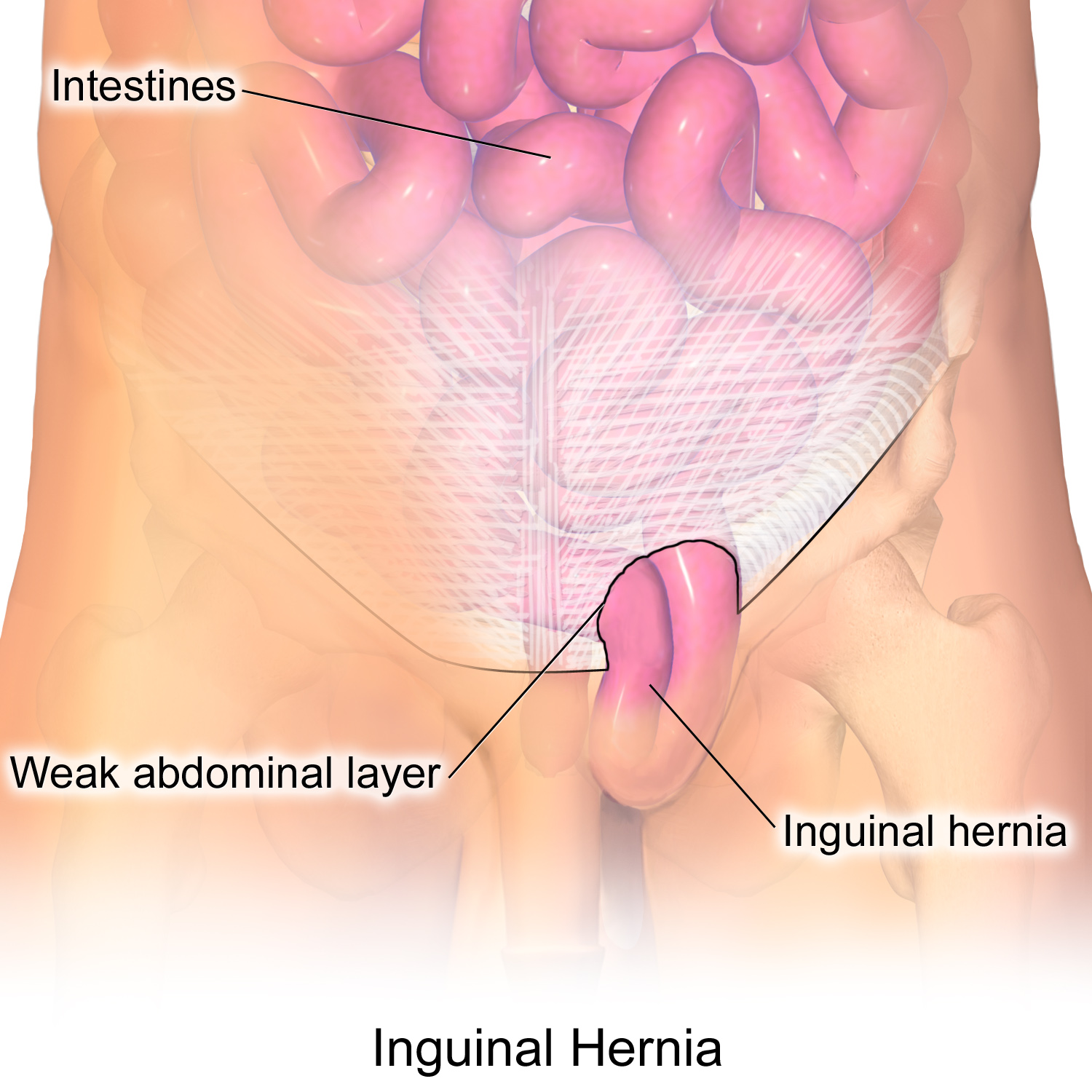 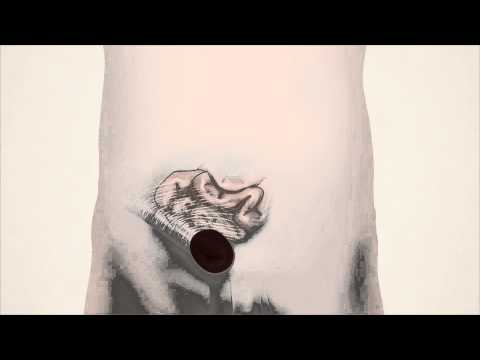 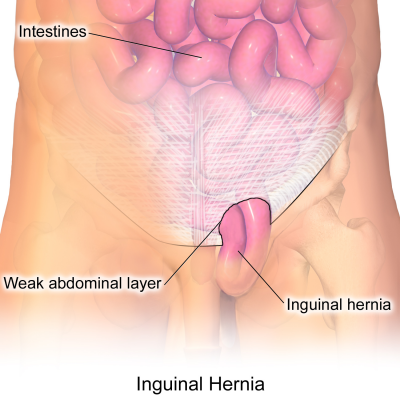 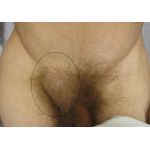 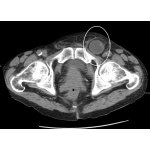