An intrauterine device (IUDs) is a small birth control device that is inserted into a woman's uterus (Pic. 1; Pic. 2) to avoid unintended pregnancy. IUDs are one form of long-acting reversible (for an extended period) birth control. Among birth control methods, IUDs, along with contraceptive implants, result in the greatest satisfaction among users. The IUD is usually well tolerated, especially if it conforms to the uterine cavity.

The types of intrauterine devices available, and the names they go by, differ by location:

Most copper devices consist of a plastic core that is wrapped in a copper wire (Pic. 3). Many of the devices have a T-shape (Pic. 4) similar to the hormonal IUD. However, there are "frameless" copper IUDs available around the world as well.

Copper IUDs contain no hormones, but the copper ions in the cervical mucus are toxic to sperm. They also cause the uterus and fallopian tubes to produce a fluid that contains white blood cells, copper ions, enzymes, and prostaglandins, a combination that is also toxic to sperm.

The very high effectiveness of copper-releasing IUDs as emergency contraceptives implies they may also act by preventing implantation of the embryo. In non-emergency use, prevention of implantation is at most an exceptional method of action, not a typical mechanism of action.

The hormonal IUD is a small T-shaped piece of plastic (Pic. 5), which contains levonorgestrel, a type of progestin, which suppresses endometrial proliferation (an increase of the number of cells). The progestogen released from the hormonal IUDs may prevent ovulation from occurring but only partially. The hormone also thickens the cervical mucus so that sperm cannot reach the fallopian tubes.

The cylinder of the device is coated with a membrane that regulates the release of the drug. The hormonal IUD releases the levonorgestrel directly into the uterus, as such its effects are mostly paracrine (cell-to-cell communication) rather than systemic (effect on the body as a whole). Most of the drug stays inside the uterus, and only a small amount is absorbed into the rest of the body.

Assessment of the size and position of the uterus is essential before insertion of an IUD. As uterine cavities differ considerably in size in all women, and the uterus changes in size and volume during the menstrual cycle, it is unreasonable to expect one standard-sized IUD to fit uterine cavities with different sizes and volumes.

Most conventional IUDs have a transverse diameter of between 28 mm and 32 mm. The transverse dimensions of many uteri are far less than the length of the transverse arm of the Paragard IUD and Mirena LNG-IUS, which is 32 mm, resulting in side effects due to distortion, displacement, and expulsion.

During interval insertion of an IUD some force, often minimal, is required to place the device in the endometrial cavity. The force depends on several factors which have not been clearly differentiated. The forces acting against the insertion of an IUD are due to obstruction of passage of the device in the cervical canal, usually at the level of the internal cervical os, and frictional force resisting passage of the device. Once the device is placed in the endometrial cavity, the forces generated by myometrial (endometrial muscle layer) contraction impact on the device. They have not been measured in the presence of an IUD, but detailed measurement of intrauterine pressure, especially during dysmenorrheal (painful periods), have been recorded.

Potential side effects of intrauterine devices include:

The risk of pelvic infection, which may lead to infertility, ectopic pregnancy, and chronic pelvic pain, remains one of the major concerns of IUD providers as well as of women. Investigations by WHO (World Health Organization) showed that the risk of pelvic inflammatory disease (PID) is limited to the first 20 days after insertion. The reason for the increased risk during the first weeks after insertion is that bacteria in the vagina and cervix can be transported through the cervical canal into the uterine cavity.

A not uncommon problem is that of expulsion (2–5%), which predisposes to unwanted pregnancy due to method failure. Expulsion may be related to a number of factors, including insertion technique and the relationship between the size of the IUD and that of the uterine cavity. Inexperience, insertion technique, uterine states (lactation and postpartum), and instrumentation have all been suggested as causal factors.

Uterine perforation (Pic. 6) is an uncommon (less than 0.7%) complication of intrauterine device insertion. Perforation may be complete, with the device totally in the abdominal cavity, or partial, with the device to varying degrees within the uterine wall. Very rarely, a device may perforate into bowel or the urinary tract. The uterine muscle seems capable of generating enough force to cause an IUD to perforate the myometrium provided it is applied asymmetrically.There is evidence that it is more common postpartum and during lactation. Perforated intrauterine devices can generally be removed successfully at laparoscopy.

Potential risk factors for lower efficacy of IUD may include:

Several preventive measures should be done to reduce the side effects for IUD users. Uterine size, mobility, and position must be accurately assessed to minimize risks of perforation and expulsion; usually bimanual examination is sufficient. For women with higher body mass indices or generous abdominal padding, estimation of uterine size can be challenging on a bimanual examination. However, if examining fingers are introduced into both the woman’s vagina and deep into her rectum and the abdominal examining hand is used to press her uterus against the rectal examining finger, the clinician can often estimate very accurately both the size and position of the woman’s uterus.

Ultrasound imaging should not be needed except in special circumstances, such as to evaluate the potential for significant endometrial distortion by leiomyoma (a benign smooth muscle tumor that very rarely becomes cancer). If ultrasound imaging is not easily available to assess the adequacy of the fundus to accommodate the IUD arms, the size of that space can be estimated by pivoting the uterine sound from side to side when it reaches the fundus.

Gentle technique and verbal reassurance can help relax a woman to reduce her anxiety and her perception of pain. Special instruments can also help. For example, for women with normal pelvic support, using a shorter bladed speculum may reduce the patient’s baseline pressure sensation.

IUDs primarily work by preventing fertilization, but fertility has been shown to return to previous levels quickly after removal of the device. Fertility is restored immediately after removal of the device; irrespective of whether the IUD was used for a few months or for many years. Failure rates are about 0.8% with copper devices and 0.2% with hormonal (levonorgestrel) devices in the first year of use.

A perforated IUD with copper has been reported as a rare cause of secondary infertility, i.e. the inability to become pregnant or to carry a baby to term after previously giving birth to a baby. Hormonal devices perforated to peritoneum can cause suppression of ovulation and resulting infertility. Inasmuch as the ovulation is the release of egg from the ovaries, there is no egg available to fertilization if the ovulation is suppressed. Removal of device can help in restoration of fertility.

Insertion pain cannot be predicted while ultrasonography does not give additional information to predict pain. Substantial pain with insertion that needs active management occurs in approximately 17% of woman who has never given birth (nulliparous) and approximately 11% of women who has given birth one or more times (parous). In such cases, pain-killing drugs (NSAID) are evidenced to be effective.

However, if the IUD causes pain and erratic or heavy menstrual bleeding, which are unfortunately common side effects, it will most likely be removed and replaced, often by a less effective method or no method at all. It should be realized that, prior to deciding to remove the IUD, many women have gone through a period of months of cramping pain, trying to endure the method as they have no alternative.

After removal of the IUS, normal fertility is regained after a few months, with a near-normal 80% of women able to conceive within 12 months. IUDs do not affect breastfeeding and can be inserted immediately after delivery. They may also be used immediately after an abortion. 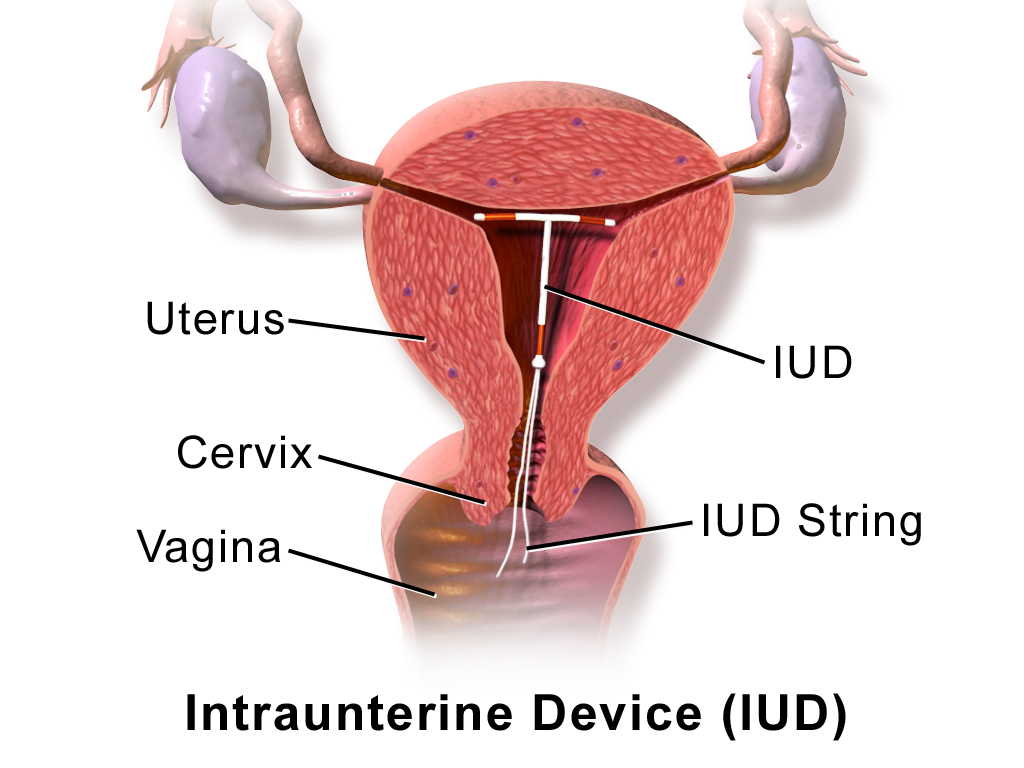 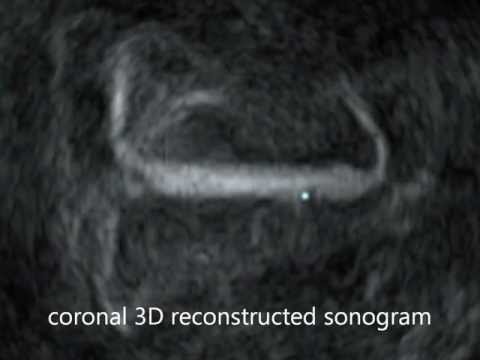 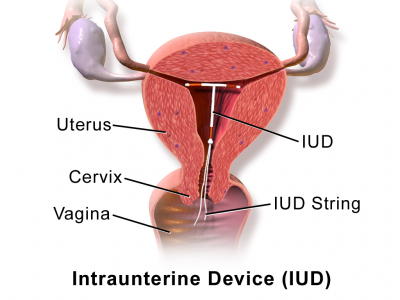 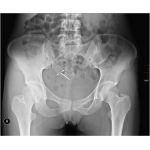 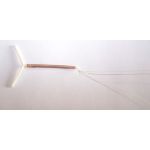 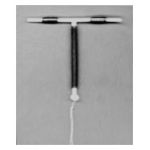 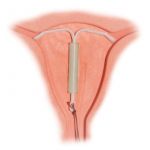 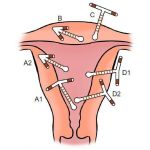