A type of lifestyle with little or no physical activity.

About Lack of physical activity

Physical inactivity and poor dietary-intake are related behaviors that impact on health and wellbeing and the maintenance of a healthy weight. A person who lives a sedentary lifestyle may colloquially be known as a couch potato.

Regular, vigorous exercise has been necessary for survival throughout evolution. It is only during the past few decades that it has become possible for people to go through life with minimal physical activity. The modern way of living promotes comfort and well-being in a less energy-demanding environment; however, we are not genetically adapted for this sedentary lifestyle.

Physical inactivity has become so prevalent that it is common to refer to exercise as having “healthy benefits,” even though the exercise-trained state is the biological normal condition. It has long been known that regular physical activity induces multiple adaptations within skeletal muscles and the cardiorespiratory system, all of which providing positive outcomes for the prevention and treatment of many metabolic disorders. Lack of exercise should rather be perceived as “abnormal” and associated with numerous health risks.

In the field of obesity research, physical exercise has been traditionally considered as a strategy to burn calories. However, physical exercise is much more than that. It is a stimulus that, when properly managed, contributes to a significant improvement in energy and macronutrient (proteins, fats and carbohydrates) balance regulation and to global body functioning, that is, a precise regulation of body homeostasis (the tendency of a system to maintain internal stability).

An increased intake of energy dense foods and decreased physical activity because of sedentary nature of many forms of work, changing modes of transportation, and expanding urbanization appeared to contribute to the global overweight and obesity.

Obesity is usually considered to predispose to atherosclerotic cardiovascular disease (ASCVD). ASCVD was defined as having a history of myocardial infarction (MI), coronary or other arterial revascularization (the restoration of blood stream), stable or unstable angina (the sensation of chest pain, pressure, or squeezing, often due to not enough blood flow to the heart muscle), stroke (poor blood flow to the brain results in cell death), transient ischaemic attack (like a stroke, producing similar symptoms, but usually lasting only a few minutes and causing no permanent damage) or peripheral artery disease (a narrowing of the arteries other than those that supply the heart or the brain).

As a response to concerns over health and environmental issues, some organizations have promoted active travel, which seeks to promote walking and cycling as safe and attractive alternatives to motorized transport.

Workplace interventions such as alternative activity workstations, sit-stand desks, promotion of stair use are among measures being implemented to counter the harms of sedentary workplace environments.

An active lifestyle can influence energy balance and body fat to a much greater extent than what is generally perceived by health professionals. To reach this outcome, exercise should ideally be performed regularly and on a permanent basis.

A healthy amount of exercise in men can be beneficial. Physically active men who exercised at least three times a week for one hour typically scored higher in almost all sperm parameters in compare to men who have sedentary lifestyle. Moderately physically active men had significantly better sperm morphology (shape). Other parameters including total sperm number, concentration, and velocity also showed a similar trend but were not nearly as marked.

Altered male hormones will can also give erectile dysfunction which is the major cause of infertility in obese men.

Sedentary lifestyle is associated with obesity. Gametes (a cell that fuses with another cell during conception in organisms that sexually reproduce), embryos and uterus seem to be negatively affected by the abnormal hormonal and metabolic environment present in obese women. Obesity has been associated with impaired fertility, furthermore obese women has experience of disturbance in the menstrual cycle, hypothalamic-pituitary ovarian axis (a complex set of direct influences and feedback interactions among three endocrine glands: the hypothalamus, the pituitary gland and the ovaries) and unfortunately a very high prevalence of infertility.

Prolactin has been proposed to play an important role in the pathophysiology of obesity. Prolactin (PRL) is one of several hormones that are produced by the pituitary gland. Prolactin levels increase during pregnancy causing the mammary glands to enlarge in preparation for breastfeeding and ready to secrete colostrums closely after delivery. During the first several months of breastfeeding, the higher basal prolactin levels also serve to suppress ovarian cyclicity. This is the reason why women who are breastfeeding do not get their periods and therefore do not often become pregnant.

Even mildly obese women have been found to display an enhanced prolactin secretion across the 24-h cycle as compared with normal-weight women. When examining the possible effect of obesity on elevated prolactin, which should be, spontaneous prolactin release has been shown to be significantly elevated in obese women in direct proportion to the size of the fat mass.

With high levels of prolactin in obese women, the ovulation may be also suppressed by the same mechanism, so there is no egg which can be fertilised.

Sitting may cause premature death. The risk is higher among those that sit still more than 5 hours per day. It is shown to be a risk factor on its own independent of hard exercise and BMI (body mass index). The more still, the higher risk of chronic diseases.

Proper nutrition, weight, and exercise may impact fertility. Men and women who are overweight are at risk for negative side effects, including changes in hormone levels that heavily influence their fertility. Recent research suggests that weight plays an important role in fertility, and controlling and maintaining an ideal weight may provide a way for couples to increase their fertility. Exercise is suggested to be beneficial, though too much may be detrimental. 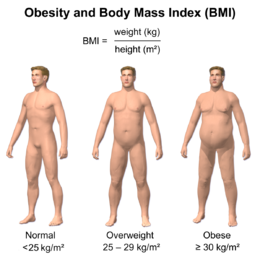 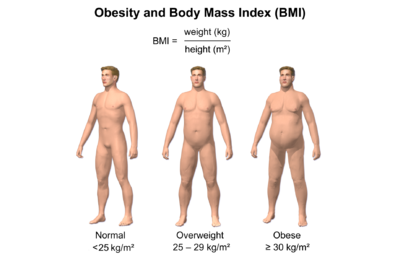 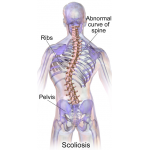