Miscarriage is the most common complication of early pregnancy. About 30% to 40% of all fertilized eggs miscarry, often before the pregnancy is known. These are often termed preclinical losses. Among women who know they are pregnant, the miscarriage rate is roughly 10% to 20%.

Most clinically apparent miscarriages (two-thirds to three-quarters in various studies) occur during the first trimester. Signs of a miscarriage include vaginal spotting, abdominal pain or cramping, and fluid or tissue passing from the vagina. Bleeding can be a symptom of miscarriage, but many women also have bleeding in early pregnancy and don't miscarry. Bleeding during pregnancy may be referred to as a threatened miscarriage. Of those who seek clinical treatment for bleeding during pregnancy, about half will miscarry.

Miscarriage can be classified as threatened, inevitable, incomplete, complete (Pic. 2), missed, or recurrent. Any type of miscarriage other than recurrent is also termed solitary miscarriage.

Threatened miscarriage is defined as vaginal bleeding before 20 weeks gestation in the presence of a viable fetus. One in five pregnancies will present in this manner and these pregnancies are 2.6 times more likely to result in complete miscarriage. Patients usually present with little to no pain, slight blood loss of fresh bloods with clots or brown staining, possibly present fetal movements and no passing of products of conception (fetal and/or placental tissues). Upon examination, uterine size is normal for dates, the uterine cervix is closed, fetal movements and heart sounds are present.

This is defined as the return to normal uterine size after the passage of all products of conception and normally occurs before 8 weeks gestation.

A missed (or silent) miscarriage is the spontaneous abortion of a pregnancy in the absence of vaginal bleeding. In essence, the fetus is dead in utero (inside the uterus). There are no fetal movements present and no fetal heart sounds.

Recurrent miscarriage is generally defined as spontaneous abortions repeated consecutively over three or more times. The incidence ranges from 2% to 4%, of which nearly 80% appear in the first trimester. The majority of patients are counselled to try to conceive again, and chances are about 60% that the next pregnancy is successful without treatment.

Miscarriage may occur for many reasons, not all of which can be identified. Many risk factors that may contribute to an increased chance of a miscarriage have been identified, but their significance is usually not fully understood. Up to 70 conditions, infections, medical procedures, lifestyle factors, occupational exposures, chemical exposure, and shift work are associated with increased risk for miscarriage. Some of these risks include endocrine, genetic, uterine, or hormonal abnormalities, reproductive tract infections, and tissue rejection caused by an autoimmune disorder. The age of the pregnant woman is a significant risk factor. Miscarriage rates increase steadily with age, with more substantial increases after age 35 (Pic. 3). In those under the age of 35 the risk is about 10% while it is about 45% in those over the age of 40. Risk begins to increase around the age of 30.

Early miscarriages can be due to a developmental abnormality of the placenta or other embryonic tissues. In some instances an embryo does not form but other tissues do. This has been called a "blighted ovum" (Pic. 4). Chromosomal abnormalities (Pic. 5) are found in more than half of embryos miscarried in the first 13 weeks. Half of embryonic miscarriages (25% of all miscarriages) have an aneuploidy (abnormal number of chromosomes). Common chromosome abnormalities found in miscarriages include autosomal trisomy (22-32%), monosomy X (5-20%), triploidy (6-8%), tetraploidy (2-4%), or other structural chromosomal abnormalities (2%).Genetic problems are more likely to occur with older parents; this may account for the higher rates observed in older women.

Second trimester losses may be due to maternal factors such as uterine malformation, growths in the uterus (fibroids), or cervical problems. These conditions also may contribute to premature birth. Unlike first-trimester miscarriages, second-trimester miscarriages are less likely to be caused by a genetic abnormality; chromosomal aberrations are found in a third of cases. Infection during the third trimester can also cause a miscarriage.

Women who miscarry early in their pregnancy usually do not need any subsequent medical treatment. They can benefit from support and counselling. Most early miscarriages will complete on their own; in other cases, medication treatment or aspiration of the products of conception can be used to remove remaining tissue. While bed rest has been advocated to prevent miscarriage, this has not been found to be of benefit. Those who are or who have experienced an abortion benefit from the use of careful medical language. Significant distress can often be managed by the ability of the clinician to clearly explain terms without suggesting that the woman or the couple are somehow to blame.

Complications
Septic miscarriage/Septic abortion
This is a uterine infection of the retained non-viable products of conception following an incomplete miscarriage. An attempt at an illegal termination of pregnancy (back-street abortion) should be suspected. The patient presents with abdominal pain, fever, malaise, and upon examination, passing of conception products from the cervix may be revealed. Septic abortion is an acute condition that needs to be treated with antibiotics.
Excessive bleeding
Bleeding is a common sign of an abortion. However, some women may suffer from excessive blood loss, which is usually defined as soaking through a menstrual pad in under an hour. Symptoms of hemorrhagic shock may develop, such as increased heart rate, cold and pale skin and dizziness. This is a life-threatening condition that requires urgent medical care.
Asherman syndrome
Asherman's syndrome (AS) is an acquired disorder characterized by adhesions and/or fibrosis of the endometrium. It is most often associated with dilation and curettage of the intrauterine cavity, but can also develop after an incomplete abortion. Patients with Asherman’s syndrome usually present with menstrual disturbances, infertility, or recurrent pregnancy loss.
Depression and anxiety
Miscarriage is regarded as a difficult and distressing life event for a woman. It can cause anxiety and depression, and can also be experienced as a traumatic life event. Clinical depression following a miscarriage may present with sleep disorders, loss of interest in everyday life and activities, marked tiredness, weight loss or weight gain and suicidal thoughts.

Risk factors
Prevention
Prevention of miscarriage centers on decreasing risk factors. Identifying the cause of the miscarriage may help prevent future pregnancy loss, especially in cases of recurrent miscarriage.
Vitamin supplementation has not been found to be effective to prevent miscarriage. Lifestyle modification and stress reduction should be emphasized by pointing out that a healthier lifestyle, free from tobacco, alcohol, illicit drugs, and undue stress cannot hurt and may significantly improve the couple's chances for a successful pregnancy.
Close surveillance during pregnancy is generally recommended for pregnant patients with a history of recurrent pregnancy loss. Even with appropriate and correct treatment another pregnancy loss may occur as each pregnancy develops its own risks and problems.
Patients with insulin resistance (e.g. diabetes mellitus) should be advised to improve their insulin sensitivity through lifestyle change or medical intervention before infertility treatment to reduce their risk of spontaneous miscarriage. High-dose folic acid is considered with women with high body mass index (BMI) and diabetes during pregnancy.
Cervical surgery, vaginal progesterone, or pessary are equally efficient in the prevention of preterm birth in women with a short cervix detected on sonography at the mid-trimester in singleton gestation (pregnancy with only one embryo).

For women who experience only one miscarriage and who have no other associated major risk factors, the risk of adverse outcomes of future pregnancies is quite low and they have approximately 85% chance that their next pregnancy will be completely normal. After a miscarriage, the woman’s menstrual cycle returns to its normal state in about four to six weeks. After this period, the woman may again attempt to achieve a pregnancy. However, a more complex assessment of her health should be carried out by a gynaecologist, as it can take up to six months for her whole body to return to a completely healthy state after a miscarriage. Her psychological health should be also carefully assessed and any issues arising from the experienced miscarriage should be resolved before attempting to achieve another pregnancy.

Women with a history of RSA (recurrent spontaneous abortion) are exposed to higher rates of adverse maternal and fetal outcomes in their subsequent pregnancies. Patients who experienced more than 2 incidents of miscarriage are often exposed to elevated incidences of placental dysfunction disorders and cesarean section. Such patients should be considered as high risk obstetric population. Specific perinatal care and corresponding preventions of placenta diseases can be implemented to reduce the incidence of adverse pregnancy outcomes.

Some clinicians recommend that the women have one menstrual cycle before attempting another pregnancy. This is because the date of conception may be hard to determine. Also, the first menstrual cycle after a miscarriage can be much longer or shorter than expected. Parents may be advised to wait even longer if they have experienced late miscarriage, molar pregnancy or are undergoing tests. Some parents wait for six months based upon recommendations from their health care provider.

Embryonic biopsy is taking cells from an embryo for further examination (PGD / PGS). 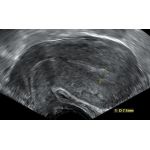 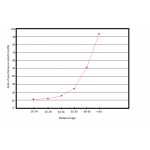 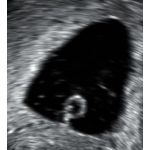 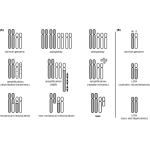 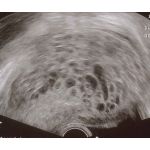