A surgical removal of uterine fibroids.

Myomectomy is an alternative to hysterectomy (removal of uterus through lower abdomen) for women who wish to retain their uterus, or those that want to become pregnant. Removal of fibroids should be considered if they are thought to be associated with heavy menstrual bleeding, pelvic pain, and/or pressure symptoms.

There are three types of myomectomy:

Complications of the surgery include the possibility of significant blood loss leading to a blood transfusion and the risk of adhesion or scar formation around the uterus or within its cavity.

Adhesions (Pic. 6) are abnormal peritoneal fibrotic bands with varying degrees of stiffness that connect two surfaces that are normally separated in the peritoneal cavity. Many serious complications may be associated to adhesions such as chronic pelvic pain and small bowel obstruction and are associated to dyspareunia (painful sexual intercourse) and secondary infertility. Adhesion formation occurs in 90% of abdominal and pelvic surgeries, with a lower incidence when the surgery is performed laparoscopically.

The number of instruments and various insertion angles to approach the surgical site are limited and therefore certain myomas may be technically difficult to handle leading to scar weakness and thus rupture prone in future pregnancies.

Since April 2014 the Food and Drug Administration (FDA) has discouraged its use for uterine procedures, issuing a warning that morcellators, a surgical instrument used for division and removal of large masses of tissues during laparoscopic surgery, may spread occult cancer in the course of fibroid removal. FDA discouraged the use of power morcellators in patients seeking hysterectomy and myomectomy procedures, estimating that approximately 1 in 350 such patients is found to have an unsuspected uterine sarcoma, a type of uterine cancer that includes leiomyosarcoma.

The problem of secondary leiomyosarcoma and parasitic leiomyoma after gynaecological surgeries is not new and such problems have been reported independently of the methods of surgery. The surgery may not be the only or main culprit: the disseminated disease may also be the result of predisposition, reduced paracrine feedback, or metastasis independent of surgery. Particularly laparoscopic myomectomy using a morcellator has been associated with a substantially increased risk of this complication.

The procedure requires a skilled surgeon and laparoscopy technique to minimize adhesion formation and other proven benefits. Restrictions arise since this procedure requires power morcellation for removal of the uterine fibroids.

Following myomectomy the rate of fertility is restored and pregnancy may be attempted with a good outcome.

Hysterectomy is the definitive surgical management for myomas; however, myomectomy should be considered prior to proceeding to hysterectomy, in order to decrease postoperative morbidity and also in the cases where fertility preservation is desired.

The advantages of laparoscopic myomectomy cannot be over emphasized. However, the main concern has been the integrity of the scar in subsequent pregnancies and labor since myomectomy is mainly performed to preserve uterus for future pregnancy.

Myomectomy is associated with a favourable outcome in infertile women, particularly if no other complication variable is present. The location of the myomata may play an important role in determining infertility. The size of the myoma may represent important prognostic factor, 5 cm in diameter being the size limit which appears to justify myomectomy. Restoration of fertility after myomectomy has been reported, with pregnancy rates ranging between 44 and 52%.

Nevertheless, it may not be possible to remove all lesions, nor will the operation prevent new lesions from growing. Development of new fibroids will be seen in 42-55% of patients undergoing a myomectomy. 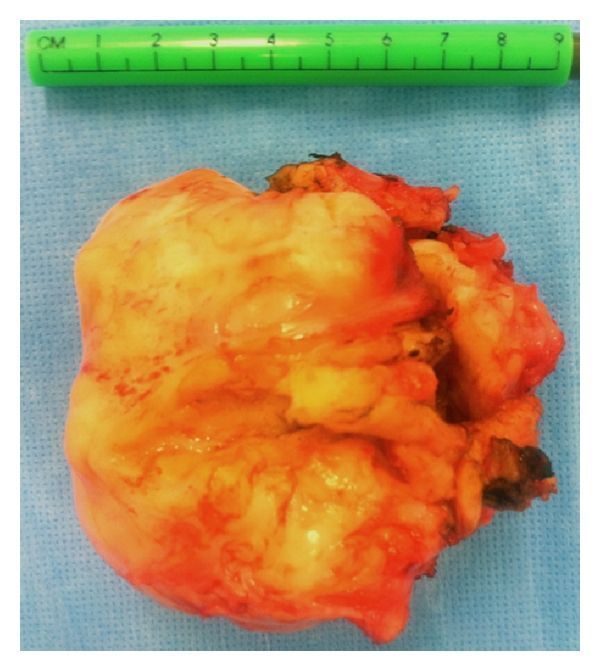 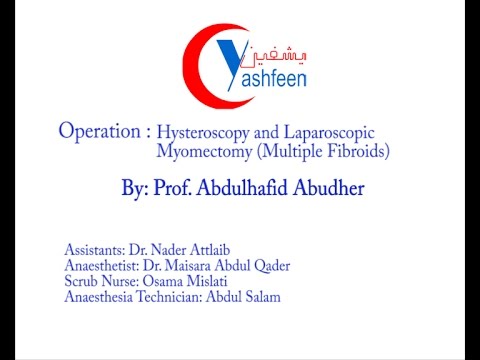 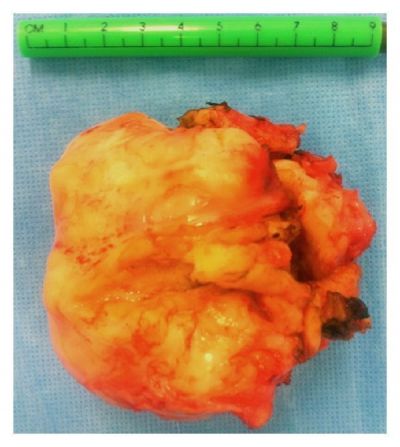 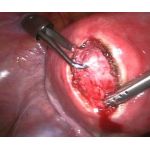 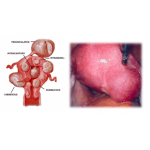 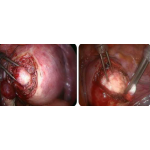 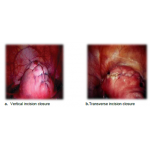 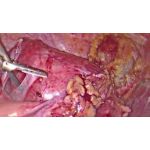