A chronic medical condition that creates changes in brain that make patient more likely to get addicted and dependent on.

About Opioid addiction and dependence

Opioid addiction and dependence is a chronic medical condition that creates changes in brain that make patient more likely to get addicted and dependent on. Opioid usage begins to take a toll on the hypothalamic-pituitary-gonadal (HPG) axis, causing it to malfunction and thus disrupt how the body produces and manages sex hormones. Sex hormones imbalance may lead to possible decrease in fertility.

In medicine, the term opiate can refer to any of the narcotic painkilling drugs with opium-like effect. Opioids are primarily used in the treatment of pain, and they have proved invaluable in the treatment of severe, chronic pain caused by terminal conditions such as cancer. When treating chronic non-cancer pain caused by degenerative conditions such as rheumatoid arthritis, opioids should be used cautiously. When opioids are used in the treatment of chronic pain, tolerance can develop over time. Tolerance is a physical reaction which makes the body less responsive to the painkilling and other effects of opioids, which results in a patient requiring a higher dose of the same medication to achieve the same effects. Examples of opioids include morphine, heroin, fentanyl, tramadol, oxycontin, vicodin, and methadone.

Opioid dependence is defined as a bio-psycho-social disorder. Pharmacological, social, genetic, and psychological factors can all play a role in influencing the abuse behaviors associated with opioids.

Pharmacological factors contributing to opioid dependance can be much more prominent than with other types of drug use disorders. Opioids are very powerful reinforcing agents due to their euphoric effects and ability to reduce stress and anxiety, increase self esteem, and help coping with daily problems. It is for this reason that opioid dependance is often seen to develop as a result of self-medication. The rapid speed at which physical dependence develops combined with withdrawal symptoms upon abstinence are unique to opioid use and make abstaining from opioid use especially difficult.

One of the biggest contributing social factors is the widespread availability of opioid medications. This factor combined with the more acceptable social attitudes associated with prescription drug abuse has made experimentation easy. On the psychological side of things, studies have shown that that well over half of opioid dependent patients also suffer from at least one severe psychiatric disorder.

It has been determined that genetics can also play a role in increasing vulnerability for opioid dependence. Genetic research may be a key part in the development of medications used in the future for treatment of opioid dependence.

There are many disturbing symptoms that opioid drugs relieve (Pic. 1), including physical pain, emotional distress, and mental turmoil. Once the effects of an opioid drug are enjoyed for any personal purposes aside from the relief of physical pain, it is likely that for more frequent urges to use will occur. There are some risks, though, of the regular use of opioids for the purpose of relieving such symptoms. These risks of course are becoming physically dependent on opioids and opioid addiction. The use of opioids can start to rapidly spiral out of control once either of these conditions arise.

The unpleasantness is a major reason for relapse and continued prescription drug abuse. But there are medications that can help through opioid withdrawal and prevent symptoms. After the initial detoxication, patient is at risk for relapse. Experts say psychological and social factors are the main drivers that could push patient back to using. However, successful, lifelong therapy to stay opioid free usually involves long-term medication with counseling/talk therapy programs.

An overdose or acute intoxication could take place when the amount of substance introduced in the organism is more than the amount he or she can tolerate. This could lead to a coma or even cause death (Pic. 2). Dependence on opioids has become a social problem. Drug misuse is among the 25 leading causes of risk of mortality worldwide.

Opioid addiction and dependence may also lead to opioid-induced hypogonadism and other effect may include sluggish libido, erectile dysfunction for the males, irregular menstrual cycles in females and possibly infertility in both male and females.

Opioids cause the pupils, the black dots in the center of the eye, to shrink considerably while intoxicated. Pupils normally react to the amount of light in the environment. In a dimly lit room the pupils will become larger and in a brighter room the pupils.

Someone who has recently used an opioid drug may have very small or pinpoint sized pupils in a room with very little light.

Nodding out or temporarily falling sleep during inappropriate times

Since opioids act as a depressant on the central nervous system, someone who is intoxicated may appear less alert and sleepy. This is commonly called 'nodding', and some long-term addicts who have, over time, built up a tolerance to the sedative effects of opioids may not experience nodding at all.

Needle marks on the arms or elsewhere may be present on addicts who administer their opioids by intravenous (IV) injection. Some IV users may always wear long-sleeved shirts and long pants to conceal track marks.

Withdrawal symptoms set in if an opioid addict does not use any opioids for a period of time. These symptoms often mimic those of a cold or flu. It doesn't take too long for withdrawal symptoms to begin to appear, and many addicts frequently experience withdrawal symptoms between doses and on days where they may be unable to obtain any drugs. Administration of an opioid drug will cause the symptoms to disappear. Often claiming to be 'sick,' or suddenly coming down with the flu but spontaneously feeling better in the same day may be a sign that someone is addicted to opioids.

Social signs of opioid addiction include withdrawing from normal activities, neglecting work and other responsibilities, and problems maintaining relationship with family and friends. Opioid addiction causes a person to spend more and more time and effort into finding and using drugs, and to neglect all other aspects of his or her life.

Hypogonadism is a medical term which describes a diminished functional activity of the gonads – the testes and ovaries. Low testosterone levels can lead to reduced sperm production (oligospermia) sometimes even azoospermia (absence of sperms in ejaculate), which leads to lower possibility of natural conception, due to less sperms capable of reaching the egg.

Female menstruation and ovulation is triggered by hormones such as estrogens, luteinizing hormone (LH), progesterones and follicle stimulating hormone (FSH). All of them are controlled by gonadotropins. Gonadotropins deficiency may cause pituitary gland disorders, such as hypogonadism. If the levels of gonadotropins drop, the menstruation and ovulation will not occur. All these processes are necessary for natural conceptions, because without egg produced during ovulation, it is no .t possible to conceive a child.

Opioid-induced endocrinopathy (decreased levels of sex hormones including testosterone and estrogen, cortisol and dehydroepiandrosterone sulfate (DHEAS)) likely causes the strong association of opioid use with osteoporosis (decrease in the amount of bone mass) and bone fracture. It also may increase pain and thereby interfere with the intended clinical effect of opioid treatment. Opioid-induced endocrinopathy is likely caused by their agonism of opioid receptors (when opioids compete with another substance at the same receptor) in the hypothalamus and the pituitary gland.

Children prenatally exposed to opioids are at increased risk for neuropsychological dysfunction. The biological vulnerabilities of prenatally drug-exposed children may influence early cognitive abilities which again are highly related to later cognitive abilities. However, the prenatal vulnerabilities may also have a continuous direct effect on the ability to acquire new skills. Effects of maternal opioid use on complex cognition and self-regulation, such as executive functions, can only be observed when these behaviors develop, i.e., during school age years and beyond.
Neonatal abstinence syndrome

Neonatal abstinence syndrome (NAS), a withdrawal from opioids after birth, has been well-characterized and may last up to 10 weeks following delivery and require management in an intensive care unit. NAS includes wakefulness, irritability, tremulousness, and temperature dysregulation, as well as a disorganized suck and subsequent failure to thrive. Seizures have also been reported.

To prevent drug abuse from happening, it is essential to give people a proper education so that they will be able to act responsibly when coming across drugs. People should learn to confront their lives and their stressful situations without drugs. Hence education is vital in relation to health.

Opioid addiction and dependence may also have direct effect on the testes and ovaries causing reduced testosterone (male sex hormone) and estrogen (female sex hormone) secretions (Pic. 3). Also, long term use could result in opiate induced endocrinopathy which could predispose users to cases of infertility for both male and females.

Psychological factors, such as sedation, euphoria, and the chaotic lifestyle of addicts can impair sexual desire and performance, and these patients often prefer drug-procuring behaviors to opportunities for sexual encounters.

There could be a direct interference of opioid consumption with pituitary release of luteinizing hormone (LH) and follicle-stimulating hormone (FSH) which could interfere with the menstrual cycle (such as amenorrhea (absent period) in women by blunting of the normal pulsatile release of LH. Regular, periodical menstruation represents for women an aspect of normality and an indicator of female fertility. Menstruation plays an important role in women’s lives and any abnormalities interfere with their fertility and quality of life.

LH and FSH cause the testes to produce testosterone and sperm. The pituitary gland, located in the brain, makes these hormones. Any condition that lowers LH and FSH levels, such as use of opiods, can result in low or no sperm production and low blood testosterone levels. Also, opiods consumption may cause damage of sperm DNA (genetic information). The genetic integrity of the sperm is crucial for successful fertilization and normal embryo development. Thus, natural pregnancy is less likely.

Opioid addiction and dependence may also cause problems with erection. Erectile dysfunction refers to men’s failure to achieve or maintain full erection to the end of coitus. Sexual dysfunction is difficulty experienced by an individual or a couple throughout any phase of normal sexual activity, including physical pleasure, desire, preference, arousal, or orgasm.

Opioid use disorder is a chronic disease that has relapse rates >90% in untreated patients. Opioid addiction and dependence may also lead to possibly infertility in both male and females through imbalance in sexual hormones levels.

Most men will recover sperm production 3 to 12 months after they stop taking the drug. Women taking opioids just before becoming pregnant and/or during the first trimester of their pregnancy raise their risk of miscarriage, as well as the risk of having a baby born with birth defects, including conditions such as spina bifida (part of the spinal cord and its meninges are exposed through a gap in the backbone) congenital heart defects and other health risks. 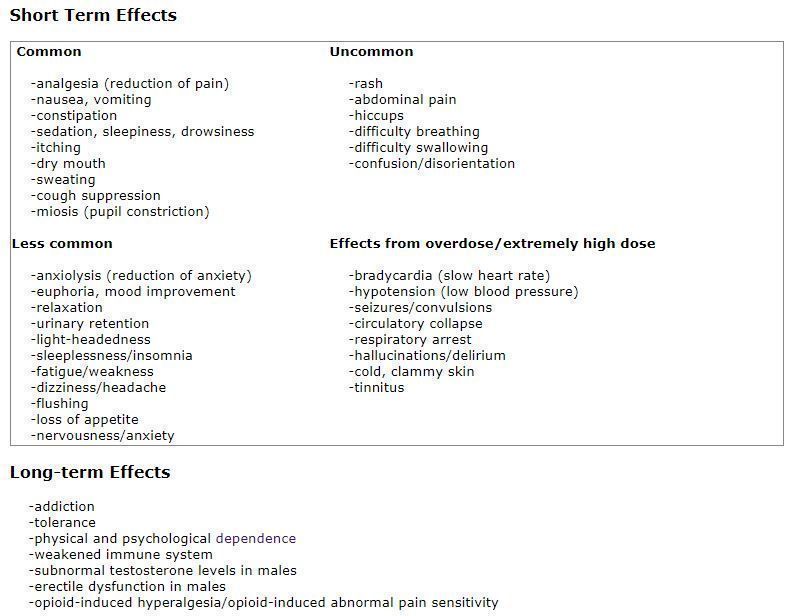 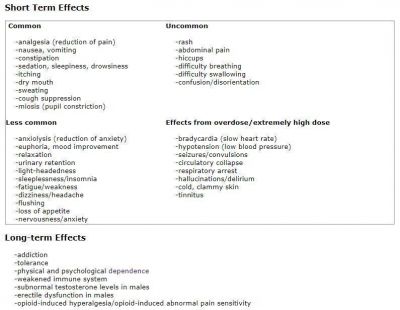 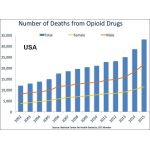