A surgical procedure in which one or both testicles are removed.

Orchiectomy (Pic. 1) is a surgical procedure, which is performed to remove one or both testicles in men. The removal of both testicles (bilateral orchiectomy) is the surgical form of castration.

A simple orchiectomy is commonly performed as part of sex reassignment surgery (SRS) for transgender women, or as palliative treatment for advanced cases of prostate cancer.

The patient lies flat on an operating table with the penis taped against the abdomen. The nurse will shave a small area for the incision. After anesthetic has been administered, the surgeon makes an incision in the midpoint of the scrotum and cuts through the underlying tissue. The surgeon removes the testicles and parts of the spermatic cord through the incision. The incision is closed with two layers of sutures and covered with a surgical dressing.

If the patient desires, a prosthetic testicle can be inserted before the incision is closed to present an outward appearance of a pre-surgical scrotum.

A subcapsular orchiectomy is also commonly performed for treatment of prostate cancer. The operation is similar to that of a simple orchiectomy, with the exception that the glandular tissue that surrounds each testicle is removed rather than the entire gland itself.

This type of orchiectomy is done primarily to keep the appearance of an ordinary scrotum.

Inguinal orchiectomy (also named orchidectomy) is a specific method of orchiectomy whereby one or both testicles and the full spermatic cord are surgically removed through an incision in the lower lateral abdomen (the "inguinal region"). The procedure is generally performed by a urologist, typically if testicular cancer is suspected.

Often it is performed as same-day surgery, with the patient returning home within hours of the procedure. Some patients elect to have a prosthetic testicle inserted into their scrotum. Depending on whether or not a prosthetic testicle is put in place of the original one, operating times run on average from three to six hours.

The inguinal orchiectomy is a necessary procedure if testicular cancer is suspected. While it is possible to remove a testicle through an incision in the scrotum, this is not done when cancer is suspected because it disrupts the natural lymphatic drainage patterns. Testicular cancer usually spreads into the lymph nodes inside the abdomen in a predictable manner. Cutting the skin in the scrotum may disrupt this and cancer may spread to the inguinal lymph nodes, making surveillance and subsequent operations more difficult.

If the orchiectomy is performed to diagnose cancer, the testicle and spermatic cord are then sent to a pathologist to determine the makeup of the tumor, and the extent of spread within the testicle and cord. The pathology report, along with pre-surgical imaging studies and tumor markers, will determine the course of treatment.

Complications from this procedure include bleeding and infection. The ilioinguinal nerve which runs anterior to the spermatic cord may be damaged during the operation and cause numbness over the inner thigh or chronic groin and scrotal pain. Other symptoms also include intermittent and chronic back pain and sudden loss of mobility in the lower back.

Ischemic orchitis is an established complication and typically presents 2–3 days after inguinal hernia surgery and can progress to infarction. This ischemic injury is likely due to thrombosis of the venous plexus (a congregation of multiple veins), rather than iatrogenic arterial injury or inappropriate closure of the inguinal canal (a tubular structure which and contains the spermatic cord).

Every man should self examinate himself with palpation at least once a month. If there is some tenderness or lump, men should visit doctor
immediately.

There is significant higher risk of testicular cancer in men with undescended testicles.

After orchiectomy in one side, the remaining testicle is still capable of producing sperms. Preservation of fertility in males is reliably accomplished by cryopreserving sperm (a sperm freezing for sperm preserving for future use) prior to the onset of gonadotoxic therapy. This timing is important as there is the possibility that chromosomal damage can occur when the collected sperm has been exposed to gonadotoxic therapy.

Orchiectomy is primary done to men with testicular cancer. Testicular cancer is a highly treatable because it is a cancer which is very often located only in testicles and do not spread into other organs.

Another future impact is gonadal dysfunction. Gonadal dysfunction (an improved function of testicles in man) is caused by disruption in hypothalamic-pituitary-gonadal axis (a complex interaction between the hypothalamus, pituitary gland and the gonads) and has several clinical manifestation. On of them is fertility problems. Gonadal dysfunction is common in patients with a history of testicular cancer even when managed by orchidectomy alone. Treatment with chemotherapy in particular can result in additional impairment. Most patients retain their fertility, but the risk of infertility is likely to be increased by chemotherapy.

Screening for gonadal dysfunction should be considered in the follow-up of testicular cancer survivors. 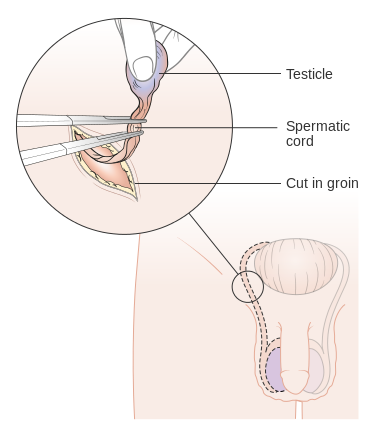 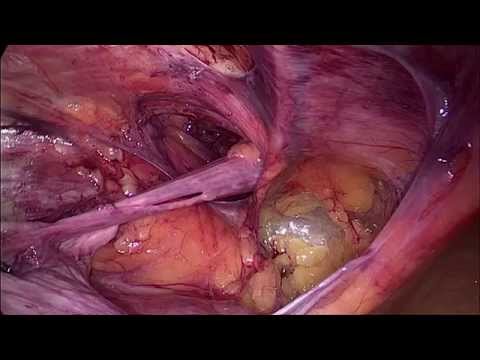 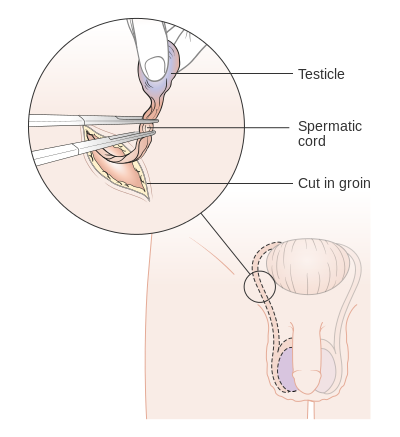