The rotation of the ovary and Fallopian tube at its pedicle to such a degree as to occlude the ovarian artery and/or vein.

About Ovarian and Fallopian torsion

The twisting of adnexial structures (the structures most closely related structurally and functionally to the uterus, such as Fallopian tubes, ovaries and ligaments) may involve the ovary or tube, but frequently affects both.

Ovarian torsion is the partial or complete rotation of the ovary on the ligamentous support (infundibulopelvic ligament and the utero-ovarian ligaments) within the abdomen, often critically limiting the blood supply (Pic. 1) to the ovary. The torsion of the ovarian pedicle produces circulatory stasis that is initially venous and that evolves to an arterial component as the edema from the initial affection increases. In cases of obstruction of the arterial supply, the clinical status may also evolve to necrosis of the ovary, and, if there is a suspicion of full torsion, immediate surgery becomes essential to remove the damaged tissue and avoid a more serious evolution to peritonitis and death.

The most likely predisposing factor for torsion in an adult woman is an adnexal mass, either a physiologic cyst or a neoplasm. The presence of an ovarian mass increases the likelihood of torsion up to a certain size of the mass. Once a mass is large enough, the incidence of torsion actually will decrease due to decreased maneuverability and possibly secondary to adhesions as is the case with malignant masses within the ovaries. Torsion occurs frequently (60%) on the right side presumably because the sigmoid colon leaves limited space for adnexal movement. The predominance of right-sided abdominal pain confounds diagnosis, and 38% of children with identified adnexal masses in one study were initially diagnosed in the emergency department with appendicitis .

Normal ovaries are also at risk for torsion, which is more likely to occur with premenarchal females likely secondary to anatomy. The infundibulopelvic ligament is elongated early on and shortens with age and as girls progress through puberty.

Isolated tubal torsion (Pic. 2) is a rare event and the exact mechanisms that lead to torsion of the fallopian tube are not well understood. Some intrinsic and extrinsic factors have been documented. Intrinsic causes include hydrosalpinx (a distally blocked fallopian tube filled with serous or clear fluid), haematosalpinx (a fallopian tube filled with blood), tubal neoplasms (an abnormal growth of tissue and when it also forms a mass is commonly referred to as a tumor), prior surgery such as tubal ligation (a surgical procedure for sterilization in which a woman's fallopian tubes are clamped and blocked or severed and sealed), physiological abnormalities such as hypermotility, tubal spasms and abnormal peristalsis, congenital abnormalities, such as incomplete distal mesosalpinx (part of the lining of the abdominal cavity in higher vertebrates, specifically the portion of the broad ligament that stretches from the ovary to the level of the uterine tube), excessive length, or spiral course of the tube. Extrinsic factors include ovarian or paraovarium mass, tubal adhesions, uterine enlargement due to pregnancy or tumor, the Sellheim theory relating to sudden body position changes, trauma, and venous congestion in the mesosalpinx (part of the lining of the abdominal cavity).

The preoperative diagnosis of tubal torsion is difficult because of no pathognomonic symptoms and clinical findings.

Adnexal torsion is often difficult to diagnoes given the presence of nonspecific symptoms and more commonly encountered diagnoses. The presentation of adnexal torsion can mimic appendicitis, urinary tract infection, renal colic, gastroenteritis, or other conditions of acute abdominal and pelvic pain. However, doppler flow (employ the Doppler effect to assess whether structures (usually blood) are moving towards or away from the probe (Pic. 3)) is not always absent in torsion – the definitive diagnosis is often made in the operating room.

Patients with ovarian torsion often present with sudden onset of sharp and usually unilateral lower abdominal pain, in 70% of cases accompanied by nausea and vomiting.

In isolated tubal torsion acute severe lower abdominal pain is always present and often in the per ovulatory period probably because of pelvic congestion and increased tubal motility at mid cycle. The pain can be constant and dull or paroxysmal and sharp, radiating to the thigh or groin. Nausea and vomiting may accompany the pain. On clinical exam, findings include abdominal tenderness with or without peritoneal signs. On pelvic exam adnexa tenderness is present but a mass is not always palpable. Laboratory findings are usually nonspecific. Occasionally, the patient may have fever.

Once the ovary has torsed the blood supply can be diminished. The likely sequence of events is due to anatomical function and development with the venous supply, or the venous outflow limited secondary to the compressibility of veins. As time progresses and the venous congestion accumulates, the swelling and enlargement of the ovary leads to arterial compression and worsening of the condition and outcome. If allowed to progress to tissue necrosis, sepsis and peritonitis can develop. This is often very late in the course of events and is rare.

In adults, it is usually associated with benign ovarian masses (particularly masses greater than 5 cm). Other common risk factors include ovulation induction and pregnancy.

In contrast to adults, approximately 50% of cases of torsion in pediatric and adolescent patients are idiopathic and do not have discernible risk factors. Many clinicians suspect that a congenitally elongated and lax uteroovarian ligament (a fibrous ligament that connects the ovary to the lateral surface of the uterus) and infundibulopelvic ligament (a fold of peritoneum that extends out from the ovary to the wall of the pelvis) result in ovarian hypermobility in these circumstances. Additionally, patients with polycystic ovarian syndrome (PCOS), who may have enlarged ovaries associated with hyperandrogenism and multicystic ovaries, may be at increased risk for torsion.

Adnexal torsion is a gynecologic emergency condition. In case that the ovary become necrotic, the oophorectomy is neccessary.

Partial oophorectomy or ovariotomy is a term used to describe resection of parts of the ovaries. This kind of surgery is fertility-preserving, although ovarian failure may be relatively frequent.

Total oophorectomy means the removal of whole ovary. If both ovaries are removed, this condition leads to infertility, because there is no ovarian tissue, which can produce eggs. These woman can be pregnant, but only with donated eggs.

In cases of Fallopian tube removal called sapingectomy, the ovary remain in woman body. In these cases, there are assisted reproduction techniques such as in vitro fertilization (IVF), which can be used to help woman become pregnant.

If ovarian torsions are diagnosed and treated early, then the prognosis is favorable. However, if diagnosis is delayed, the torsions can worsen and cut off arterial blood flow into and venous blood flow out of the ovary. This results in necrosis (death) of the ovarian tissue. Delayed diagnosis can also result in problems when trying to conceive due to infertility. 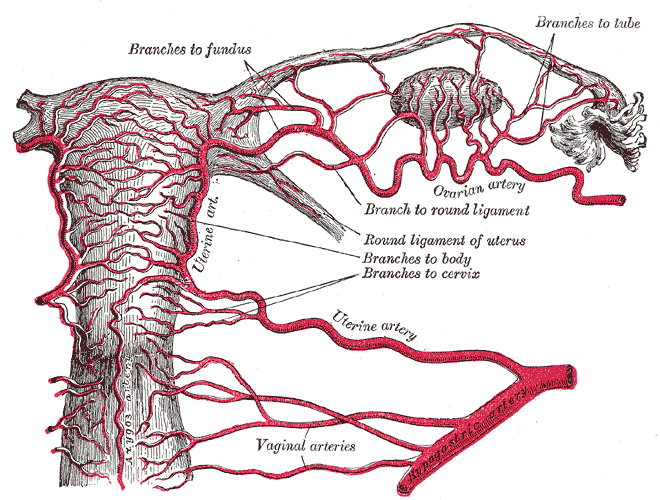 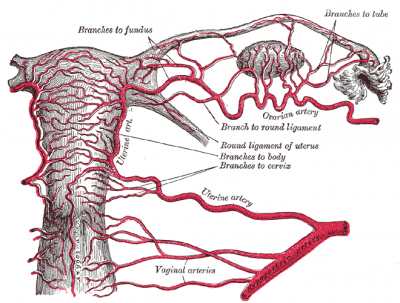 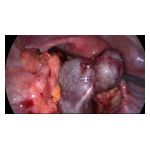 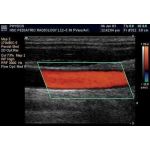