An inflammation of the peritoneum, the thin tissue that lines the inner wall of the abdomen and covers most of the abdominal organs.

Peritonitis is an inflammation of the peritoneum, the thin tissue that lines the inner wall of the abdomen and covers most of the abdominal organs (Pic. 1). It is majorly caused by bacterial infection either via the blood or after rupture of an abdominal organ. With its damaging scarring in case of being located in pelvic area it can be responsible for infertility.

Perforation of part of the gastrointestinal tract is the most common cause of peritonitis. Examples include perforation of the distal esophagus, of the stomach (peptic ulcer, gastric carcinoma), of the duodenum (peptic ulcer), of the remaining intestine (e.g., appendicitis, diverticulitis, Meckel diverticulum, inflammatory bowel disease (IBD), intestinal infarction, intestinal strangulation, colorectal carcinoma, meconium peritonitis), or of the gallbladder (cholecystitis).

Other possible reasons for perforation include abdominal trauma, ingestion of a sharp foreign body (such as a fish bone, toothpick or glass shard), perforation by an endoscope or catheter, and anastomotic leakage. Fecal peritonitis results from the presence of faeces in the peritoneal cavity. It can result from abdominal trauma and occurs if the large bowel is perforated
during surgery.

The signs and symptoms of peritonitis include: Swelling and tenderness in the abdomen with pain ranging from dull aches to severe, sharp pain. Other symptom’s include-Fever and chills, Loss of appetite, Thirst, Nausea and vomiting, Less urine and Not being able to pass gas or stool.

Primary peritonitis is a diffuse bacterial infection without loss of integrity of the gastrointestinal tract. It is rare. It mainly occurs in infancy and early childhood and in cirrhotic patients. Spontaneous bacterial peritonitis (SBP) is a frequent and severe complication in patients with cirrhosis and ascites. SBP is a bacterial infection that occurs in the absence of an evident intra-abdominal and surgically treatable source of infection, such as the perforation or inflammation of intra-abdominal organs. Although the precise mechanism(s) underlying the development of SBP have not been fully clarified, bacterial translocation is believed to be the most important causative factor.

Secondary peritonitis, the most common form of peritonitis, is an acute peritoneal infection resulting from loss of integrity of the gastrointestinal tract or from infected viscera. It is caused by perforation of the gastrointestinal tract (e.g. perforated duodenal ulcer) by direct invasion from infected intra-abdominal viscera (e.g. gangrenous appendicitis).

Peritonitis in general manifests on physical examination as rebound tenderness, or pain upon removal of pressure more than on application of pressure to the abdomen.

The first primary step in treating peritonitis is determining its underlying cause. Treatment usually involves antibiotics to fight infection and medication for pain. If peritonitis is caused by peritoneal dialysis, antibiotics may be injected directly into the peritoneum. Research has shown this is more effective than injecting antibiotics into a vein. In the cases of serious damages surgical removal of tissues is required.

The main manifestations of peritonitis are acute abdominal pain, abdominal tenderness and abdominal guarding, which are exacerbated by moving the peritoneum, e.g., coughing (forced cough may be used as a test), flexing one's hips, or eliciting the Blumberg sign (a.k.a. rebound tenderness, meaning that pressing a hand on the abdomen elicits less pain than releasing the hand abruptly, which will aggravate the pain, as the peritoneum snaps back into place). Rigidity (involuntary contraction of the abdominal muscles) is the most specific exam finding for diagnosing peritonitis. The localization of these manifestations depends on whether peritonitis is localized (e.g., appendicitis or diverticulitis before perforation), or generalized to the whole abdomen. In either case, pain typically starts as a generalized abdominal pain (with involvement of poorly localizing innervation of the visceral peritoneal layer), and may become localized later (with the involvement of the somatically innervated parietal peritoneal layer).

Among other symptoms belong:

PID may extend to involve adjacent structures, causing periappendicitis (inflammation of tissues around the appendix), pelvic peritonitis, and perihepatitis (Fitz-Hugh-Curtis syndrome). The majority of PID is caused by ascending sexually-transmitted infections (STI), however, in rare cases other pathogens can be identified, for example tuberculosis. It becomes manifest primarily in the lungs, although extrapulmonary infections are also observed (such as primary genital tuberculosis which can cause pelvic peritonitis as well -  Pic. 2).

Sequestration of fluid and electrolytes (separation of these compounds from blood-vessel content), as revealed by decreased central venous pressure, may cause electrolyte disturbances, as well as significant hypovolemia (decrease of volume of blood plasma), possibly leading to shock and acute renal failure. A peritoneal abscess may form (e.g., above or below the liver, or in the lesser omentum). Sepsis may develop, so blood cultures should be obtained. Complicated peritonitis typically involves multiple organs.

Tubal and peritoneal pathology is among the most common causes of infertility and the primary diagnosis in approximately 30-35% of infertile couples. A history of pelvic inflammatory disease (PID), septic abortion, ruptured appendix, tubal surgery, or ectopic pregnancy suggests the possibility of tubal damage.

Peritonitis can lead to female infertility because of subsequent scarring (Pic. 3) of the fallopian tubes (salpingitis). Salpingitis then causes that the eggs released in ovulation can't get in contact with the sperm. Through salpingitis, STD belongs to the main cause of tubal sterility, distal and proximal, and ectopic pregnancies.

In men, such post-infection infertility is uncommon. Obviously, it's possible for men to develop peritonitis. However, it's not possible for it to transform into salpingitis since men lack fallopian tubes.

If properly treated, typical cases of surgically correctable peritonitis (e.g., perforated peptic ulcer, appendicitis, and diverticulitis) have a mortality rate of about <10% in otherwise healthy patients. The mortality rate rises to about 40% in the elderly, or in those with significant underlying illness, as well as cases that present late (after 48 hours). 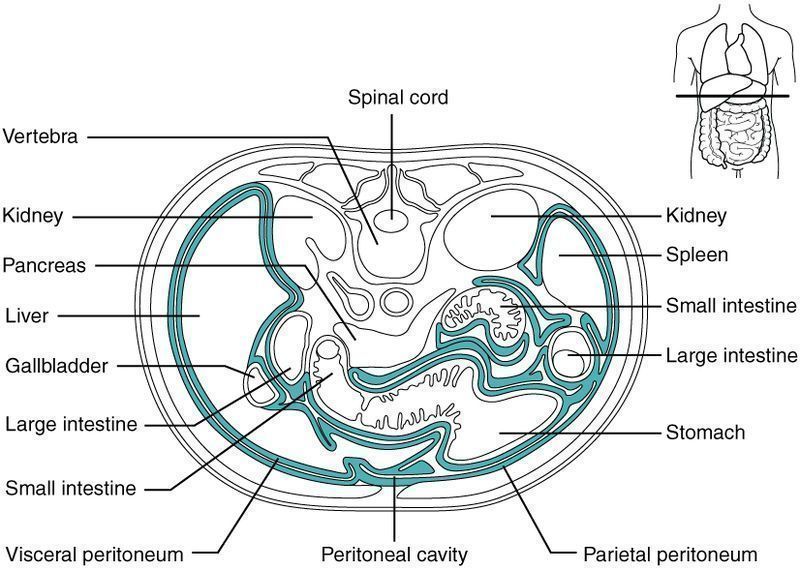 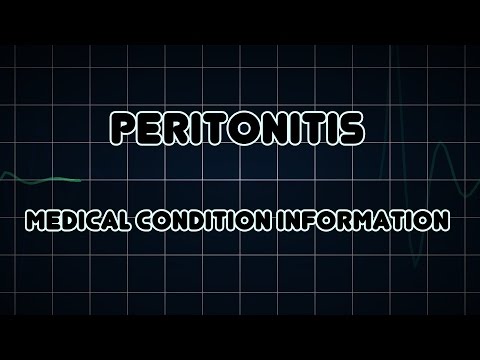 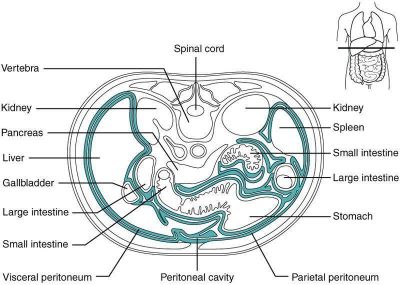 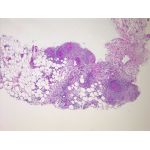 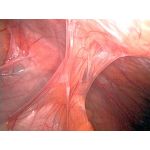