Bleeding into or impaired blood supply of the pituitary gland at the base of the brain.

Pituitary apoplexy (PA) is referred to bleeding into or impaired blood supply of the pituitary gland at the base of the brain. Pituitary apoplexy is characterized by sudden increase in pituitary gland volume secondary to ischemia (restricted blood supply) and/or necrosis (cell death), usually in a pituitary adenoma. Pituitary apoplexy is a rare clinical syndrome which complicates 2–12% of pituitary tumours. Classically, symptoms (Pic. 1) evolve from hours to two days after the onset of apoplexy, although a subacute course (moderately acute) is described. Most patients complain of headache, visual defects and ophtalmoplegia (paralysis or weakness of the eye muscles). This is followed in many cases by acute symptoms caused by lack of secretion of essential hormones, predominantly adrenal insufficiency.

A high degree of suspicion is needed to make the clinical diagnosis as most patients do not have a previous history of known pituitary adenoma. Brain imaging is required to identify a pituitary lesion. Prolactin (PRL) levels could be associated with pituitary apoplexy. Prolactin has an inverse relationship to apoplexy extension and it could be a reliable prognostic predictor of pituitary functional recovery. Accordingly, patients with low serum PRL levels at presentation would have the highest intrasellar pressure and they would be the least likely to recover from existing hormonal deficiencies after decompressive surgery. It is worth mentioning that pituitary apoplexy can occur also in hormonally active pituitary adenomas. In these cases, it is possible to have a transient or persistent clinical and biochemical resolution of signs and symptoms of hormone hypersecretion after pituitary apoplexy.

The decision to manage conservatively or surgically should be made by experts from a multidisciplinary team. Visual impairment and neurological deterioration not improving with clinical management are indications of surgical intervention, with a higher rate of visual improvement if performed within the first seven days of symptom.

Patients with symptomatic apoplexy complain of sudden and intense headache, rapid and dramatic visual impairment, vomiting, and, in the most severe cases, altered state of consciousness. Headache is mainly retroorbital (behind the eye) or frontal, violent and lancinating, and resistant to analgesics and is generally unlike other headaches patients commonly experience. This circumstance does not represent a clinical emergency and management will depend on tumour’s hormonal activity and size.

In more than 80% of the patients, pituitary apoplexy is often the first presentation of an underlying pituitary tumour (especially nonfunctioning adenomas).

At presentation, the majority of pituitary apoplexy patients (nearly 80% of them) show one or more anterior pituitary hormone deficiencies. Central hypoadrenalism has been reported in more than 70% of the patients and can have acute critical clinical consequences. Since headache, visual impairment, low blood pressure (hypotension), nausea, and, sometimes, hemodynamic shock may require rapid administration of high doses of glucocorticoids, endocrine investigations, for example, the biochemical evaluation of adrenal function, should be carried out preliminarily. Hyponatremia has been reported in up to 40% of patients, although it has been shown to be less common in some series.

Hyponatremia (low sodium level in the blood) can be due to either severe hypocortisolism or inappropriate antidiuretic hormone secretion caused by hypothalamus irritation.

Thyrotropin (TSH) and gonadotropins (luteinizing hormone (LH) and follicle-stimulating hormone (FSH)) deficiencies are observed in around 50% and 75% of patients, respectively, but they generally become clinically relevant only after several months when directly caused by pituitary necrosis.

The pathogenesis of the apoplexy-related hormone deficiencies is relatively complex and often multifactorial. In some cases, the pituitary function was already compromised before the apoplectic event because of the presence of a pituitary tumour. In many other cases, the endocrine impairment is directly due to the sudden and massive necrosis of pituitary tissue. Indeed, pituitary apoplexy causes a dramatic increase in intrasellar pressure, compressing the portal circulation, the pituitary stalk, and the pituitary gland, resulting in further damage of normal residual tissue.

Four categories of triggering factors have been suggested:

There is no primary prevention for pituitary apoplexy.

Increased compression of the normal gland can cause hormone insufficiency, called hypopituitarism leading to sex hormone abnormalities. Thus, defective egg or sperm development results in infertility and natural conceiving should be impaired.

Reduction of sex hormones, luteinizing hormone (LH) and follicle-stimulating hormone (FSH), can lead to infertility due to hormone imbalances and decreased libido. Elevated blood prolactin levels can lead to reduction or loss of menstrual periods and/or breast milk production (galactorrhea) in premenopausal women.

In men, decreased level of FSH and LH can lead to a low testosterone level, causing decreased sexual drive and impotence. Diminished secretion of LH/FSH can also result in failure of gonadal function (hypogonadism). This condition is typically manifested in males as failure in production of normal numbers of sperm.

Infertility in hypopituitarism patients is caused by LH and FSH deficiency leading to sex hormone abnormalities and insufficient egg and sperm maturation. In men, a hormone replacement treatment for one year or more is needed to achieve a sperm count adequate to father a baby.

Endocrine and neuroophthalmological prognosis of pituitary apoplexy inevitably depends on the appropriateness of the management during the acute and subacute phase of the disease. Indeed, patients with severe neurological or ophthalmological impairment can remarkably improve if correctly approached, while the outcome of those with mild sings/symptoms can be worse if the diagnosis is delayed or they are incongruously treated.

Long-term endocrine and imaging follow-up is required for patients with pituitary apoplexy. 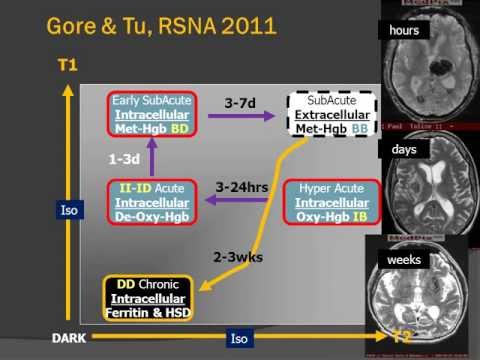 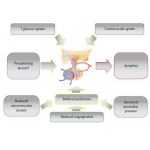