Decreased (hypo) secretion of one or more of the eight hormones normally produced by the pituitary gland at the base of the brain.

According to previous large surveillance databases, hypothalamo/pituitary tumors and their attendant treatments, including surgery and radiotherapy, account for approximately 70% of the acquired causes of pituitary insufficiency. However, with increasing knowledge about the etiology of hypopituitarism, nontumoral causes are becoming more evident. In the recent years, new gene mutations affecting hypothalamo/pituitary embryogenesis have been revealed, and novel genetic causes of congenital hypopituitarism have been identified.

The signs and symptoms of hypopituitarism vary (Pic. 4), depending on which hormones are undersecreted and on the underlying cause of the abnormality. Hormones secreted from the pituitary gland help control growth, blood pressure, certain functions of the sex organs, thyroid glands and metabolism as well as some aspects of pregnancy, childbirth, nursing, water/salt concentration at the kidneys, temperature regulation and pain relief.

The diagnosis of hypopituitarism (Pic. 5) is made by blood tests, but often specific scans and other investigations are needed to find the underlying cause, such as tumors of the pituitary, and the ideal treatment.

Most hormones controlled by the secretions of the pituitary can be replaced by tablets or injections. It is necessary for physicians to inform their patients that they may require lifetime treatment. Hormone replacement therapy should be individualized according to the specific needs of each patient, taking into account possible interactions. Long-term endocrinological follow-up of hypopituitary patients is important to monitor hormonal replacement regimes and avoid under- or overtreatment.

The hormones of the pituitary have different actions in the body (Pic. 6), and the symptoms of hypopituitarism therefore depend on which hormone is deficient. The symptoms may be subtle and are often initially attributed to other causes. In most of the cases, three or more hormones are deficient. The most common problem is insufficiency of follicle-stimulating hormone (FSH) and/or luteinizing hormone (LH) leading to sex hormone abnormalities. Growth hormone (GH) deficiency is more common in people with an underlying tumor than those with other causes.

Sometimes, there are additional symptoms that arise from the underlying cause; for instance, if the hypopituitarism is due to a growth hormone-producing tumor, there may be symptoms of acromegaly (enlargement of the hands and feet, coarse facial features), and if the tumor extends to the optic nerve or optic chiasm, there may be visual field defects. Headaches may also accompany pituitary tumors, as well as pituitary apoplexy (infarction or haemorrhage of a pituitary tumor) and lymphocytic hypophysitis (autoimmune inflammation of the pituitary). Apoplexy, in addition to sudden headaches and rapidly worsening visual loss, may also be associated with double vision that results from compression of the nerves in the adjacent cavernous sinus that control the eye muscles.

Various hormonal disorders can influence bone metabolism and cause secondary osteoporosis. The consequence of this is a significant increase of fracture risk. Among pituitary disorders such effects are observed in patients with Cushing’s disease, hyperprolactinemia (high blood level of prolactin), acromegaly, and hypopituitarism. Severe osteoporosis is the result of the coexistence of some of these disorders and hypogonadism at the same time, which is quite often.

Adults suffering from hypopituitarism have an increased morbidity and mortality rate compared with that of the general population, mostly due to cardiovascular diseases. Early diagnosis is important to mitigate the consequences of hypopituitarism and extend a patient’s lifespan. However, the clinical manifestations of pituitary dysfunction are subtle and nonspecific in most patients, which is why the diagnosis is often delayed.

In most cases, the disorder is not preventable because most of the cases are after delivery. Risk of hypopituitarism occurring after delivery can be minimized by taking proper obsteric care.

Hypopituitarism requires lifelong treatment with one or more medicines. For patients, regular follow-up is essential to prevent adverse outcomes in emergency situations.

Fertility is not guaranteed even for adults with a gland normal pituitary (10% of “normal” couples are infertile). The hypopituitarism-related infertility is the result of a deficit of luteinizing hormone (LH) and follicle-stimulating hormone (FSH). Sometimes if prolactin levels are high, determines a decrease of FSH and LH.

Deficiency of LH and FSH, together referred to as the gonadotropins, leads to different symptoms in men and women. Women experience oligo- or amenorrhea (infrequent/light or absent menstrual periods respectively) and infertility because correct LH:FSH ratio is essential for number of mature follicles, retrieved oocytes, oocytes maturity, quality of embryo, and pregnancy rate.

Clinically significant elevation of prolactin levels may cause infertility in several different ways. First, prolactin may stop a woman from ovulating. If this occurs, a woman’s menstrual cycles will stop. In less severe cases, high prolactin levels may only disrupt ovulation once in a while. This would result in intermittent ovulation or ovulation that takes a long time to occur. Women in this category may experience infrequent or irregular periods. Women with the mildest cases involving high prolactin levels may ovulate regularly but not produce enough of the hormone progesterone after ovulation. This is known as a luteal phase defect. Deficiency in the amount of progesterone produced after ovulation may result in a uterine lining that is less able to have an embryo implant. Some women with this problem may see their period come a short time after ovulation.

Hyperprolactinemia in men may result in as a first signs of decreased libido or impotence, however also cause inefficient sperm production and infertility.

Both sexes may experience a decrease in libido and loss of sexual function. Lack of LH/FSH in children is associated with delayed puberty. Women normally have normal number of eggs within their ovaries so fertility can be achieved relatively quickly using proper treatment. Men need treatment to stimulate sperm production and it can take up to 24 months.

It is unlikely that patients will ever return to normal pituitary function and will therefore be on lifelong hormone replacement. It is therefore important that they will be followed up by an endocrinologist.

A great adenoma pituitary gland or bleeding may also lead to a deficit of LH and/or FSH. In such a case, the treatment (by injections) of (analogues) of LH and FSH can stimulate the ovaries to produce eggs and testicles to produce sperm, provided they and when the ovaries and testicles are normal. The sperm Cycle it is long in the male (above 70 days), being necessary a year or more of treatment to get a sperm count suitable for fertilizing an ovum. Therefore, it is advisable to obtain a sample of sperm and analyze it at the time of the diagnosis of pituitary problem.

If the sperm count is correct in at the time of diagnosis, sperm may be frozen for future utilization. Unfortunately the technology available for freezing sperms is still not optimal. When starting hormone replacement therapy, sometimes takes time determine the patient’s response and find the optimal dose. By therefore, the endocrinologist and the blood test. Once the optimal hormone dose is found, the patient should be evaluated every 6 months. Ideally, all symptoms of patients should be periodically confirmed blood. This is particularly important for patients who have received radiotherapy in the area of the pituitary or whole brain, since the loss of pituitary function can occur at any time.

In the cases of high prolactin levels, fertility can be achieved by normalizing Prolactin levels with medications such as bromocriptine or cabergoline. 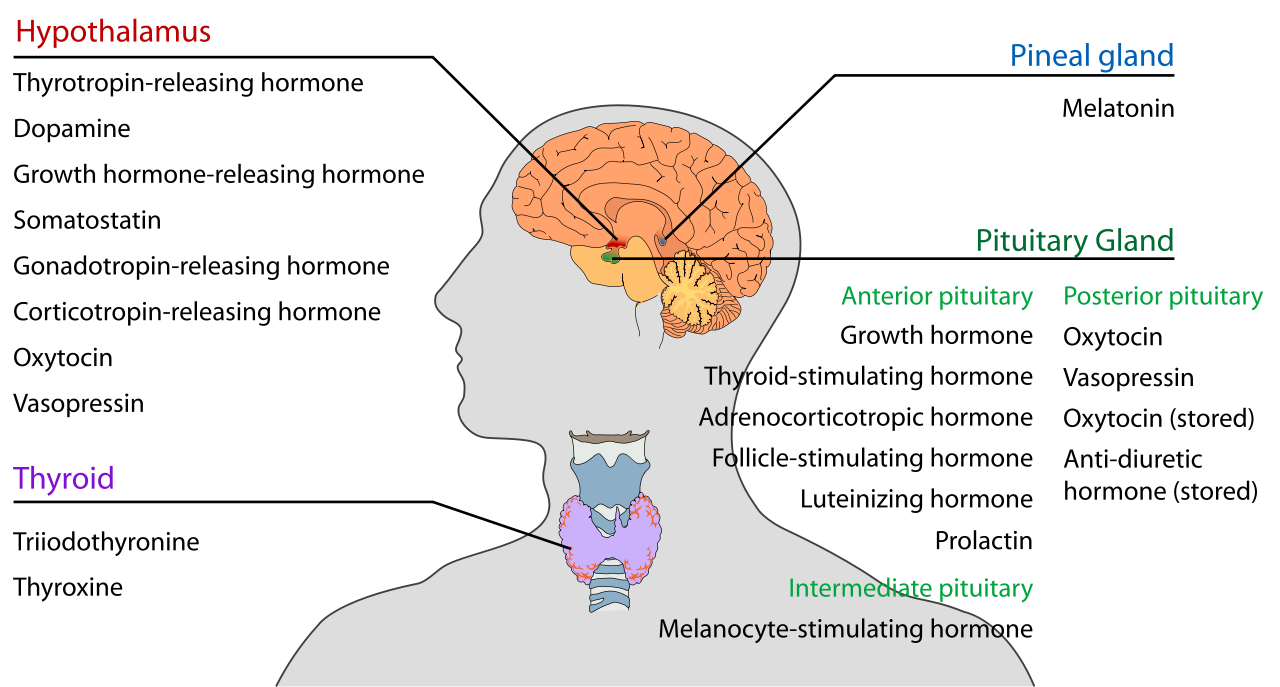 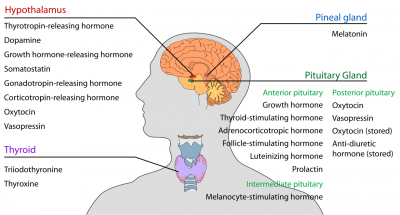 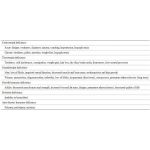 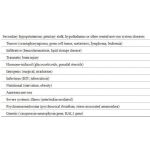 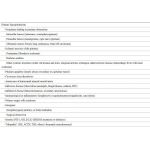 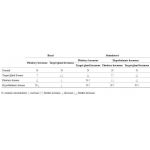 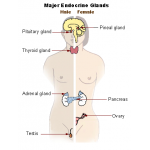 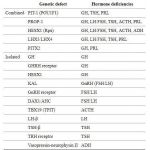