Tumors that occur in the pituitary gland and can cause infertility by deficiency or insufficiency of hormones.

Pituitary adenomas (Pic. 1) are a category of tumors with a high degree of diversity that occur in the central regulatory organ pituitary, which plays important roles in the hypothalamus–pituitary-targeted organ axis systems (set of direct influences and feedback interactions among hypothalamus and pituitary gland) that impact on important physiological functions of human body. Hormones secreted from the pituitary gland help control: growth, blood pressure, certain functions of the sex organs, thyroid glands and metabolism as well as some aspects of pregnancy, childbirth, nursing, water/salt concentration at the kidneys, temperature regulation and pain relief.

A pituitary adenoma is a complex (appears to run in families but whose expression also appears to be influenced by environmental factors), chronic (persists for a long time-lasting 3 months or more), and whole-body disease (affecting the whole body) that alters the genome (genetic material of an organism) and involves multiple factors, processes, and consequences.

Pituitary adenomas are generally divided into three categories dependent upon their biological functioning:

Pituitary adenomas represent from 10% to 25% of all intracranial (within the skull) neoplasms and the estimated prevalence rate in the general population is approximately 17%.

Adenomas which exceed 10 millimetres (mm) in size are defined as macroadenomas, with those smaller than 10 mm referred to as microadenomas. Most pituitary adenomas are microadenomas, and have an estimated prevalence of 16.7%. A majority of pituitary microadenomas often remain undiagnosed and those that are diagnosed are often found as an incidental finding.

Pituitary macroadenomas are classified as “giant” when their diameter exceeds 4 cm. The most common histological subtype of giant pituitary adenomas is macroprolactinomas (prolactinomas larger than 10 mm in diameter). More than 70% of prolactinomas occur in females, whereas macroadenomas are detected more frequently among men. Giant pituitary tumors are very rare and usually invade the surrounding structures. These tumors are very difficult to treat and can behave aggressively. Unless urgent surgery is needed, medical therapy with a dopamine agonist such as bromocriptine or cabergoline can be the first line treatment.

Diagnosis of pituitary adenoma can be made, or at least suspected, by a constellation of related symptoms presented below. The differential diagnosis includes pituitary tuberculoma, especially in developing countries. The diagnosis is confirmed by testing hormone levels, and by radiographic imaging of the pituitary for example, by CT scan or MRI (Magnetic resonance imaging).

Treatment options depend on the type of tumor and on its size:

Prolactinomas (tumors arising from lactotroph cells in the pituitary gland that secrete prolactin) are most often treated with bromocriptine or more recently, cabergoline or quinagolide which decrease tumor size as well as alleviates symptoms, both dopamine agonists, and followed by serial imaging to detect any increase in size. Treatment where the tumor is large can be with radiation therapy or surgery, and patients generally respond well. Efforts have been made to use a progesterone antagonist for the treatment of prolactinomas, but so far have not proved successful.

Somatotrophic (growth hormone–secreting) adenomas respond to octreotide, a long-acting somatostatin analog, in many but not all cases according to a review of the medical literature. Unlike prolactinomas, thyrotrophic adenomas characteristically respond poorly to dopamine agonist treatment.

Surgery is a common treatment for pituitary tumors. Trans-sphenoidal adenectomy surgery can often remove the tumor without affecting other parts of the brain. Endoscopic surgery has become common recently.

Hyperpituitarism
Hyperpituitarism is a disease of the anterior lobe of the pituitary gland which is usually caused by a functional pituitary adenoma and results in hypersecretion of hormones such as growth hormone (Pic. 2); prolactin; thyrotropin; luteinizing hormone; follicle stimulating hormone; and adrenocorticotropic hormone.

Cushing disease
Adrenocorticotropic hormone (ACTH)-secreting pituitary adenomas manifest as the clinical syndrome of Cushing disease. Excessive secretion of ACTH leads to hypercortisolemia (producing of excessive amounts of cortisol), and these patients present with widespread clinical symptoms including central obesity, facial plethora, amenorrhea, and skin changes, among many others. Surgical resection of the ACTH-secreting adenoma is currently the mainstay of treatment for patients with Cushing disease. However, as with acromegaly, the role for pharmacotherapy in treated Cushing disease is growing. As our molecular understanding of this disease progresses, drug development continues to produce new treatment options for patients with persistent or recurrent disease after surgery, as well as for those patients unable or unwilling to undergo surgery.

Pituitary apoplexy
It is a condition that occurs when pituitary adenomas suddenly hemorrhage (outflow) internally, causing a rapid increase in size or when the tumor outgrows its blood supply which causes tissue necrosis (dying of tissue) and subsequent swelling of the dead tissue. Pituitary apoplexy often presents with visual loss and sudden onset headache and requires timely treatment often with corticosteroids and if necessary surgical intervention.

Acromegaly
Growth hormone-secreting pituitary adenomas manifest as the clinical syndrome acromegaly (Pic. 3), which is a chronic disorder that results in acral overgrowth (enlargement of the hands, feet, forehead, jaw, and nose) cardiovascular disease, insulin resistance and arthritis, among other conditions. In children harboring a growth hormone (GH) secreting adenoma, excess GH production leads to gigantism (condition characterized by excessive growth and height significantly above average). Given the widespread effects of GH overproduction, as well as the often indolent physiologic changes in an individual patient, the diagnosis of acromegaly is often delayed. If untreated, acromegaly results in significant morbidity and increased rates of mortality for these patients.

Familial isolated pituitary adenoma is a term that used to identify a condition that displays an dominant inheritance and is characterised by the presence of two or more related patients affected by adenomas of the pituitary gland only, with no other associated symptoms that occur in multiple endocrine neoplasia (rare inherited endocrine syndrome that causes tumors in various glands in the endocrine system or may cause the glands to become enlarged(Vid. 1)) or Carney complex (condition comprising tumors of the heart and skin, hyperpigmentation of the skin, and endocrine overactivity).

Although there is no prevention for pituitary tumor, early diagnosis can be made, or at least suspected, by a constellation of related symptoms presented above.

Due to the pituitary's critical position, a pituitary tumor may disrupt gonadal function, either by its expanding size or the inappropriate secretion of hormones. Menstrual cycles may be disrupted even without hypogonadism (diminished functional activity of the gonads—the testes in males or the ovaries in females), particularly in the case of hormone-secreting adenomas. Despite optimal medical and surgical management of pituitary tumors, ovulation-induction therapy with gonadotropins is often required to restore fertility in these women.

Prolactinomas are tumors arising from lactotroph cells in the pituitary gland that secrete prolactin, and are considered the most frequently diagnosed functioning pituitary tumor type, accounting for about 40% of all pituitary adenomas. In women, prolactinomas are usually microadenomas (<10 mm) presenting with high-prolactin levels, which leads to amenorrhea (absence of a menstrual period), and infertility. In males there is loss of libido, impotence and infertility and galactorrhoea (spontaneous flow of milk from the breast) depending on the prolactin levels.

Also Gonadotropin-Secreting pituitary adenoma can cause infertility, in both females and males because of excess gonadotropins disrupt reproductive processes.

Prolactinomas are tumors arising from lactotroph cells in the pituitary gland that secrete prolactin, and are considered the most frequently diagnosed functioning pituitary tumor type, accounting for about 40% of all pituitary adenomas. In women, prolactinomas are usually microadenomas (<10 mm) presenting with high-prolactin levels, which leads to amenorrhea (absence of a menstrual period), and infertility. In males there is loss of libido, impotence and infertility and galactorrhoea (spontaneous flow of milk from the breast) depending on the prolactin levels.

Cushing Disease, one of associated diseases of pituitary tumor may also cause, reduced libido, impotence in men, and amenorrhoea and infertility in women due to elevations in androgens.

Treatment options depend on the following:

It’s common for people to develop pituitary hormone deficiencies after surgery or radiation therapy. These people will need hormone replacement. Thyroid hormone and adrenal steroids can be taken as pills. In men, testosterone can be given to restore sex drive and help prevent osteoporosis (weak bones). In young women, estrogen is given either by pills or a skin patch to avoid early menopause. Often, progesterone is given along with estrogen. Pituitary hormone deficiency can affect a woman’s ability to have children. However, if she wishes to become pregnant, it may be possible to restore fertility with hormone therapy. 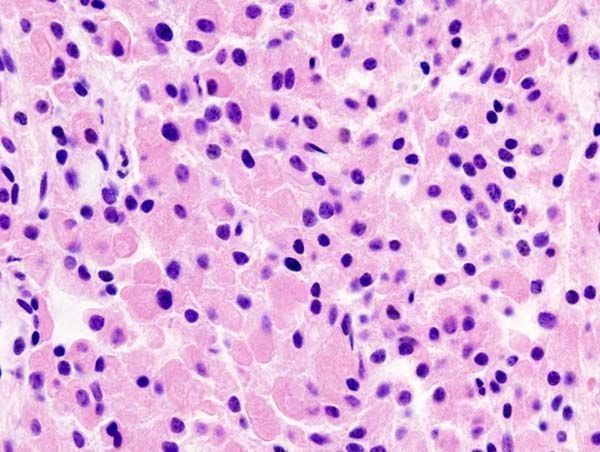 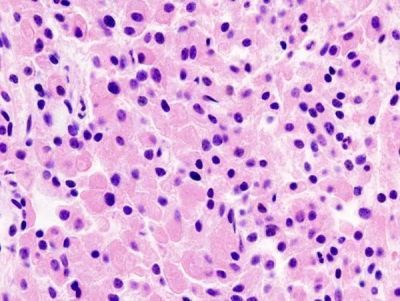 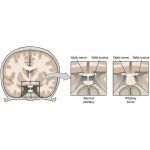 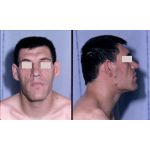