Promiscuity is the practice of having casual sex frequently with different partners or being indiscriminate in the choice of sexual partners. The term can carry a moral judgement if the social ideal for sexual activity is monogamous relationships. A common example of behavior viewed as promiscuous by many cultures is the one-night stand, and its frequency is used by researchers as a marker for promiscuity.

What sexual behavior is considered promiscuous varies between cultures, as does the prevalence of promiscuity, with different standards often being applied to different genders and civil status. Feminists (people believing that men and women should have equal rights and opportunities) have traditionally argued a significant double standard exists between how men and women are judged for promiscuity. Historically, stereotypes of the promiscuous woman have tended to be negative, while male stereotypes have been more varied, some expressing approval, such as "the stud" or "the player", while others imply societal deviance, such as "the womanizer" or "the philanderer".

The more sexual partners you have, the greater your risk for sexually transmitted diseases (STDs) like HIV/AIDS and other life-threatening conditions like prostate cancer, cervical cancer, and oral cancer are.

Sexually transmitted infections (STIs) are a common cause of human infertility worldwide. Being promiscuous greatly increases the risk of acquiring STIs.

The bacteria Chlamydia trachomatis and Neisseria gonorrhoeae are the major causes of pelvic inflammatory disease (PID), which in untreated women results in tubal factor infertility in 10%–40% of the cases and increases the probability of ectopic pregnancy by more than six times. These two pathogens are responsible for more than 200 million new infections per year across the world; with an estimated probability of PID up to 10%–25% in both infections, the global burden of new cases of infertility due to these two pathogens may exceed 2 million per year.

N. gonorrhoeae and, to a lesser extent, C. trachomatis have also been associated with reduced male fertility, and both bacteria have been linked to increased risk of perinatal complications. Treponema pallidum, the bacterial agent of syphilis, causes about 10 million new infections per year, and has a dramatic impact on pregnancy, with about one-third of untreated cases resulting in perinatal death (stillbirth or neonatal mortality) and another third in congenital infection.

In addition to these major bacterial sexually transmitted diseases (STDs), a number of other bacteria that can potentially be transmitted by sexual contact (e.g., Gardnerella vaginalis, Mycoplasma hominis and Mycoplasma genitalium, Ureaplasma urealyticum) have been associated with bacterial vaginosis, a frequent condition of disturbed vaginal microflora, which may increase the risk of PID and infertility in women.

The sexually transmitted unicellular eukaryotic parasite Trichomonas vaginalis infects more than 270 million people per year and increases the probability of pre-term birth, PID, female tubal, and male infertility. Finally, some sexually transmitted viruses have also been implicated in reproductive health: genital herpes (caused by human herpesvirus types 1 and 2) may cause miscarriage and/or pregnancy complications and is associated with reduced fertility in both sexes; human papillomaviruses may cause reduced sperm motility and an increased risk of abortion; human immunodeficiency virus infection adversely affects sperm quality.

Promiscuity may lead to contracting one or more STDs. Chlamydia and gonorrhea are important preventable causes of pelvic inflammatory disease (PID) and infertility. Untreated, about 10-15% of women with chlamydia will develop PID. Chlamydia can also cause fallopian tube infection without any symptoms. PID and “silent” infection in the upper genital tract may cause permanent damage to the fallopian tubes, uterus, and surrounding tissues, which can lead to infertility.

Chlamydia in men can spread from the urethra to the testicles and cause permanent disability and sterility in men if left untreated. 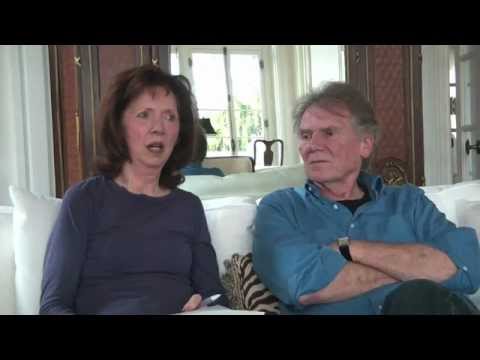