A medical term for the surgical removal of all or part of the prostate gland.

Prostate surgery is a surgery, which is performend on prostate gland and leads to reduction of the size, or removal of whole gland. This operation is done for benign conditions that cause urinary retention, as well as for prostate cancer and other cancers of the pelvis.

There are two main types of prostatectomies.

2.    A radical prostatectomy (Pic. 1), the removal of the entire prostate gland, the seminal vesicles and the vas deferens, is performed for malignant cancer.

There are multiple ways the operation can be done: as an open surgery (with a large incision through the lower abdomen), laparoscopically with the help of a robot (a type of minimally invasive surgery), through the urethra or through the perineum.

Transurethral resection of the prostate

Transurethral resection of the prostate (commonly known as a TURP, plural TURPs, and rarely as a transurethral prostatic resection, TUPR) is a urological operation. It is used to treat benign prostatic hyperplasia (BPH). As the name indicates, it is performed by visualising the prostate through the urethra and removing tissue by electrocautery or sharp dissection. This is considered the most effective treatment for BPH. This procedure is done with spinal or general anaesthetic. A triple lumen catheter is inserted through the urethra to irrigate and drain the bladder after the surgical procedure is complete. Outcome is considered excellent for 80-90% of BPH patients.

Robotic-assisted instruments are inserted through several small abdominal incisions and controlled by a surgeon. Some use the term 'robotic' for short, in place of the term 'computer-assisted'. However, procedures performed with a computer-assisted device are performed by a surgeon, not a robot. The computer-assisted device gives the surgeon more dexterity and better vision, but no tactile feedback compared to conventional laparoscopy. When performed by a surgeon who is specifically trained and well experienced in RALRP (robotic-assisted laparoscopic radical prostatectomy there can be similar advantages over open prostatectomy, including smaller incisions, less pain, less bleeding, less risk of infection, faster healing time, and shorter hospital stay. The cost of this procedure is higher, whereas long-term functional and oncological superiority has yet to be established.

Urology, which is responsible for treatment of urinary tract including prostate, is a discipline, which is constantly evolving through new technological and modern approaches. New techniques leads to reduction of complications and reducing the time of convalescence.

The most common causes for prostate surgery are benign prostate hyperplasia and prostate cancer.

Symptomes of benign prostate hyperplasia include:

Symptoms of prostate cancer are:

Long term complications that are common and specific to a prostatectomy include the following:

The risk factors for the most common causes of prostate surgery are:

Healthy lifestyle, such as eating lot of vegetables, fishes and low fat meat combine with excescise can help in prevention of cancer and benigh prostate hyperplasia. After the age of 50, every man should have digital rectal examination once a year.

Surgical removal of the prostate contains an increased likelihood that patients will experience erectile dysfunction. Impotence is common when nerve-sparing techniques are not used. Although erection and ejaculation are affected, penile sensation and the ability to achieve orgasm remain intact. Continence and potency may improve depending on the amount of trauma and the patient's age at the time of the procedure, but progress is frequently slow. Potency is greatly affected by the psychological attitude of the patient. The sensation of orgasm may be altered and no semen is produced, but there may be a few drops of fluid from the bulbourethral glands.

However, the experience and the skill of the nerve-sparing surgeon, as well as any surgeon are critical determinants of the likelihood of positive erectile function of the patient.

Following a prostatectomy, patients will not be able to ejaculate semen due to the nature of the procedure, resulting in infertility.

Following a prostatectomy, patients will not be able to ejaculate semen due to the nature of the procedure, resulting in the permanent necessity of assisted reproductive techniques in case of desires of future fertility. Preservation of normal ejaculation is possible after TUR-Prostatectomy, open or laser enucleation of adenoma and laser vaporisation of prostate.

Once the prostate and vesicles are removed, even if partial erection is achieved, ejaculation is a very different experience.

Very few surgeons will claim that patients return to the erectile experience they had prior to surgery.

Remedies to the problem of post-operative sexual dysfunction include: 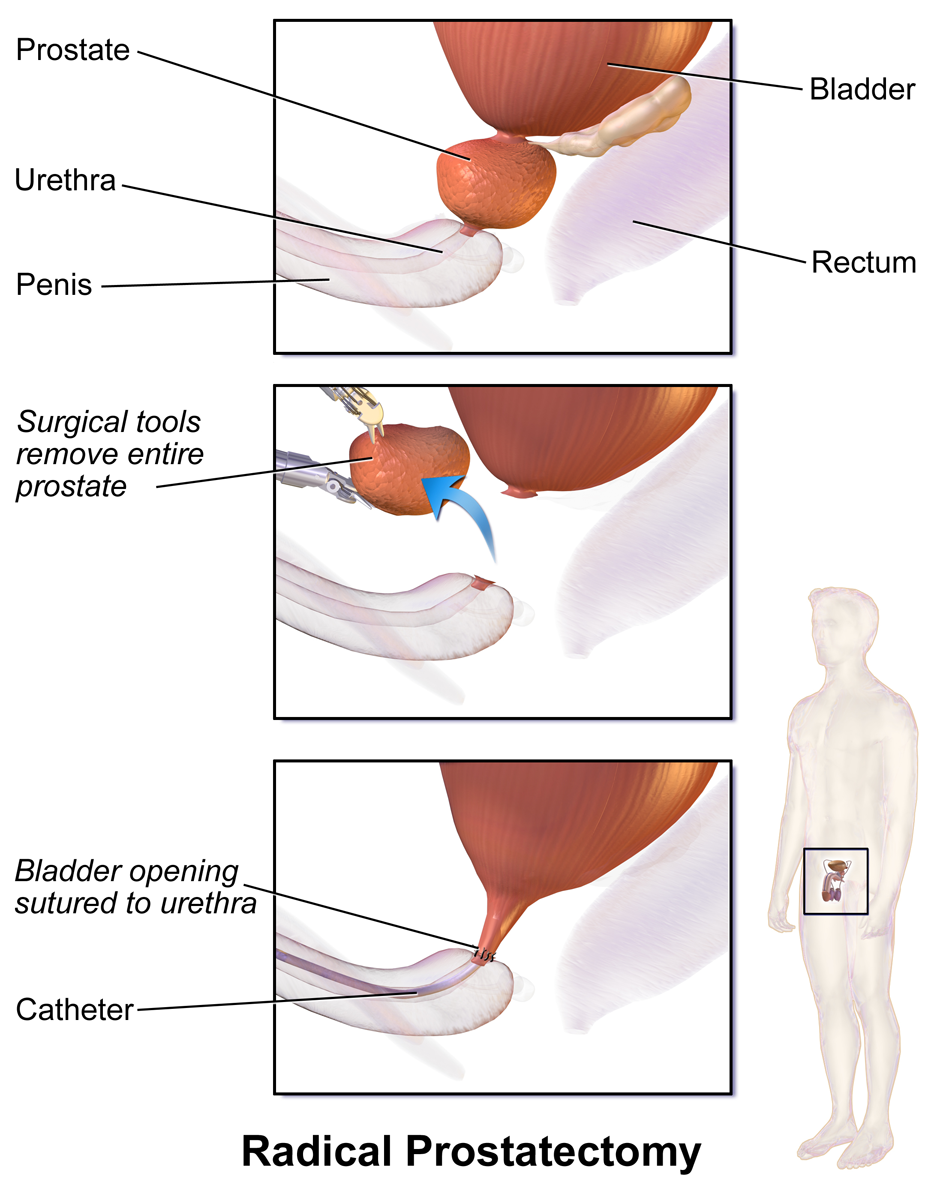 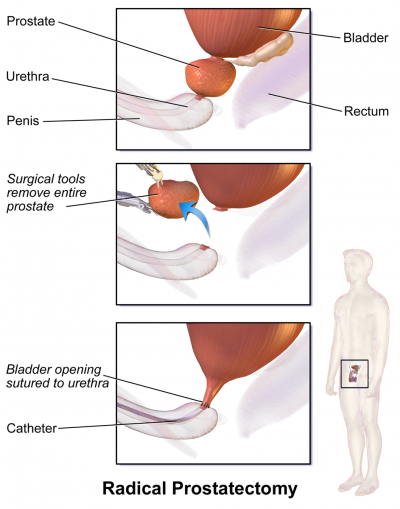 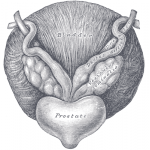