An autoimmune disorder that primarily affects joints that results in warm, swollen, and painful joints.

Rheumatoid arthritis (RA) is a lifelong, systemic autoimmune disease. Immune system does not work properly in rheumatoid arthritis and start attacking healthy tissues – joints that typically results in warm, swollen (Pic. 1), and pain of joints. The disease may also affect other parts of the body. This may result in a low red blood cell count, inflammation around the lungs, and inflammation around the heart.

The condition is caused by interactions of both genetic and environmental factors. Genetic factors are responsible for at least 50% of the risk of rheumatoid arthritis. Environmental factors include cigarette smoking and infectious agents such as bacteria or viruses (e.g. Escherichia coli, Mycobacterium tuberculosis), which may trigger development of the disease in a person whose genes make them more likely to get it. Rheumatoid arhritis affects women three times more frequently than men, often in their most productive and childbearing years. Annual incidence of 8.7 per 100,000 between the ages of 18 and 34 years further increases to 36.2 per 100,000 between the ages of 35 and 44 years.

Understanding and addressing reproductive health-related problems are critical for health professionals engaged in their care. For women living with a chronic disease like RA on pharmacotherapy, the generally pleasant experience of planning parenthood can be faced with a number of uncertainties, challenges, and important decisions to take in the context of family planning. These relate not only to their ability to conceive, maintain successful pregnancy, heritability of the disease, and risks of their medication on their offspring but also guilt and self-doubt about their physical and functional capability as a parent and the ability of take care of their children, family, and themselves. There is undoubtedly a clear need to support these vulnerable women through this important stage of their lives.

The diagnosis is made mostly on the basis of a person's signs and symptoms. X-rays and laboratory testing may support a diagnosis or exclude other diseases with similar symptoms.

There is no cure for RA, but treatments can improve symptoms and slow the progress of the disease. Disease-modifying treatment has the best results when it is started early and aggressively. The goal of treatment is to reduce pain, decrease inflammation, and improve a person's overall functioning. This may be helped by balancing rest and exercise, the use of splints and braces, or the use of assistive devices. Pain medications, steroids, and nonsteroidal anti-inflammatory drugs (NSAIDs; pain-killing and fever-reducing drugs) are frequently used to help with symptoms. A group of medications called disease-modifying antirheumatic drugs (DMARDs) may be used to try to slow the progression of disease. They include the medications hydroxychloroquine and methotrexate. Biological DMARDs may be used when disease does not respond to other treatments. However, they may have a greater rate of adverse effects. Surgery to repair, replace, or fusion joints may help in certain situations. Most alternative medicine treatments are not supported by evidence.

Rheumatic symptoms such as chronic pain, fatigue, stiffness and impaired joint function can cause physical disabilities and results in reduced libido and limited sexual satisfaction. Hormonal disorders, pelvic organ involvement and autoimmunity disorders can decrease patients’ fecundity, and preclude successful pregnancy. Psychological problems (isolation, depression, anxiety), usually related to chronic and disabling disease, can limit interpersonal dynamics, and negatively influence sexual relationships and family planning. Among factors that are directly disease-related, high disease activity is one of the most important aspects and may contribute essentially both to the longer time to conceive and worse pregnancy outcome.

An increased rate of high-blood pressure during pregnancy (pre-eclampsia) is observed. Adverse pregnancy outcomes, in particular low birth weight, seem to be directly related to a higher level of disease activity, even if birth weight could also be indirectly influenced by the use of prednisone (anti-inflammatory drug), through the promotion of a lower gestational age. The majority of studies also demonstrate an increased risk of preterm births but not all.

Many women also experience postpartum flares impairing their ability to take care of themselves and their infant. Corticosteroids are an initial first step in pregnancy, and when possible, injection directly into the joint (intra-articular administration) is indicated to limit systemic side effects. NSAIDs can also be another option, but they need to be used with caution particularly in the third trimester.

In general, most complications arise from medication side effects. An increased risk of major birth defects and spontaneous abortion was described in women exposed to methotrexate, at dosages typically used in rheumatic patients, only in the postconception period, while no abnormalities were noted in women exposed before conception. For its potential embryotoxicity and teratogenicity (property or capability of producing congenital anomalies) in pregnancy, methotrexate discontinuation is suggested 3-6 months before.

There is no known prevention for the condition other than the reduction of risk factors, e.g. healthy lifestyle may reduce the risk of rheumatoid arthritis.

The impact of rheumatic disease on fertility and reproduction can be remarkable. Many disease-related factors can influence patients’ sexual functioning, perturb fertility and limit family planning.

Irregular ovulation, decreased libido, or infrequent sex due to pain and fatigue are possible explanations of reduced fertility in women with rheumatoid arthritis. Women with rheumatic diseases have a lower number of births, a reduced period of reproduction and a longer inter-pregnancy interval with difficulties in achieving subsequent pregnancy, in comparison with healthy controls. Delivery by cesarean section has been demonstrated to be more common among women with RA across multiple cohorts with wide-ranging geographic locations.

In men, acute flares of rheumatoid arthritis can temporally reduce sperm count and function thus causing erection problems and decreased libido. The reproduction potential of male patients is impaired by the disease directly in the testicular tissue or by immunosuppressive therapy. The evaluation of male subjects should rely on careful medical history, complete physical examination, semen analysis and sexual hormone profile.

In optimally treated patients, fertility is probably normal. For both genders, treatment improves symptoms affecting sexual function symptoms, but also may have side effects.

Drug treatment is probably the main factor for gonadal dysfunction. Some drugs can cause reversible infertility, such as nonsteroidal anti-inflammatory drugs in women and sulfasalazine/methotrexate in men whereas irreversible (permanent) infertility is occasionally observed after treatment with alkylating agents (cyclophosphamide-CYC and chlorambucil) in both genders. When fertility is an issue, alkylating agents should be used at lowest possible dose and alternative therapies (such as azathioprine or mycophenolate mofetil) must be considered.

Anti-rheumatic pharmacological treatment can also have a crucial role in this field. Proper counseling, preferably provided by a multidisciplinary team of rheumatologists, obstetricians, gynecologists and neonatologists, is recommended for patients taking anti-rheumatic drugs, not only at the beginning, but also during the course of treatment.

For all women diagnosed with RA, it is important to get a reproductive history. While planning a pregnancy, it is important to choose a treatment that is effective in controlling disease activity, but that does not affect fertility nor fetal health. Most anti-rheumatic drugs have no effect on the gonads, however they can sometimes cause fertility disorders or induce an increased risk of malformations/complications in newborns. The first step in the management of patients desiring pregnancy is the timely withdrawal of teratogenic medications. For a long time, methotrexate and leflunomide, the most widely used disease modifying anti-rheumatic drugs (DMARDS) in arthritis patients, have been investigated for their potential teratogen effect. To date, the use of these drugs during the preconception period and pregnancy has been contraindicated in women as well as in men and therefore safe contraception is strongly recommended to patients taking these medications.

The diagnosis of RA in a father is not associated with poor outcomes such as preterm birth or fetal growth measures for their children. However, there may be implications with regard to medications used for RA management on birth outcomes (Pic. 5). Overall, when evaluating risk of paternal DMARD exposure near conception, there was no associated risk identified of preterm delivery, low birth weight, or significant congenital abnormalities.

From the standpoint of heritability, the risk for children of a patient with RA is three times that of the general population. 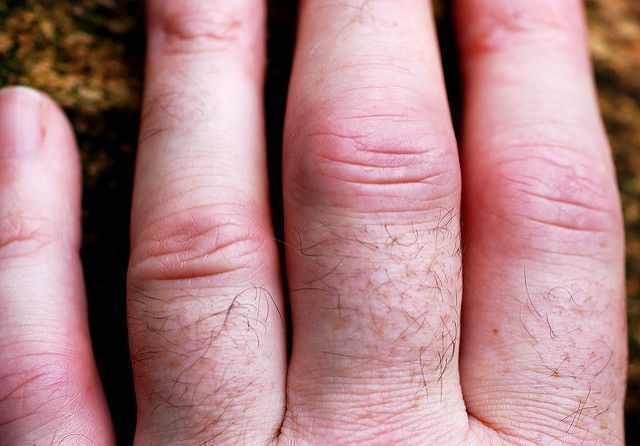 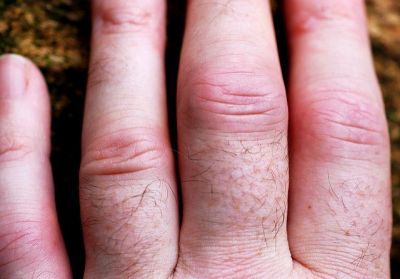 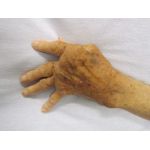 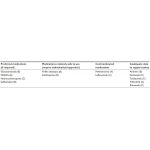 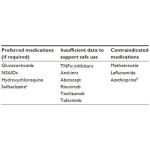 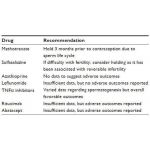