Diseases presenting with fever, which may cause non-obstructive azoospermia in males.

Fever is a defense mechanism of the organism, which is activated in response to many pathological conditions. Common causes of fever include:

Fever itself is not dangerous; as it represents a normal response to infection/inflammation, is beneficial and supports the immune system. However, it is always a symptom of an underlying illness, and therefore, its cause should be determined and treated. Hyperpyrexia, on the other hand, is a medical emergency, as its underlying cause is always a serious disease and the temperature may lead to irreversible brain damage, and ultimately, death.

While fever does not require treatment routinely, in symptomatic fevers, home treatment may be appropriate. Anti-inflammatory drugs (NSAIDs), such as ibuprofen (eg. Nurofen), may be used to reduce body temperature, by inhibiting the production of some of the substances (called prostaglandins) responsible for generating the fever. Taking an antipyretic drug, such as paracetamol, is another option, although these medications lack the anti-inflammatory effect. Supportive or symptomatic treatment is also an important part of managing a fever. This includes maintaining hydration by drinking water regularly; as well as using physical aids such as a wet sponge, or cool fan to reduce the body temperature. However, it is important not to become too cold, as this will cause the body to trap more heat.

Symptoms
The person who is developing the fever has a cold sensation, and an increase in heart rate, muscle tone and shivering, as the thermoregulatory center in the brain attempts to increase heat production and reduce heat losses. Later, the patient experiences sweating, headache, weakness and increased sleepiness. Other symptoms, that are associated with infectious febrile illnesses, include sore throat, cough, nausea, muscle pain and enlarged lymph nodes.
Associated diseases
Acute infections
Various infections, both viral and bacterial, typically cause febrile illnesses. The severity of the disease depends on the causative agent, the location of the infection and the condition of the infected individual. Viral infections of the upper respiratory tract are a common cause of fever, but are usually mild and short in duration. Viral infections presenting with fever, muscle or joint pain, nausea or abdominal pains are summarily called “influenza-like” or “flu-like” diseases. Bacterial infections typically follow an episode of a viral infection and tend to affect weakened individuals, and vary greatly in severity depending on the affected organ. The most severe form of any bacterial infection is sepsis, with the bacteria circulating in the bloodstream, and is associated with extreme fevers or hyperpyrexia.

Inflammatory disorders
Other non-infectious diseases associated with a state of inflammation, such as autoimmune disorders or hemorrhages also present with fever. However, in chronic diseases with only mild inflammation, the body temperature might be normal or only slightly elevated.
Tumors
Malignant tumors may also present with elevated body temperature or even fever. The temperature is usually slightly elevated over a longer period of time and is associated with unexplained weight loss. Febrile temperatures may arise when the condition of the patient rapidly deteriorates.

Severe febrile illness may lead to a reversible impairment of spermatogenesis (sperm cell production) in males. As a temperature slightly lower than the normal body temperature is needed for healthy sperm production, overall increase in body temperature can lead to an increase in testicular temperature. This may result in temporary decrease in the number of sperm cells in the semen, or even azoospermia, with no sperm cells present in the ejaculate. As the spermiogenesis is affected and there is no genital tract obstruction, this kind of azoospermia is called non-obstructive azoospermia (Pic. 1).
Risk factors
Prevention
Severe fever is usually associated with one of the conditions mentioned above, therefore prevention and timely treatment of these conditions usually prevents the development of a severe febrile condition. While bacterial infections can be effectively treated with antibiotics, there is no specific treatment for viral infections. Autoimmune inflammatory diseases may be controlled by immunosuppressant medications and specific disease modifying drugs. In all these cases, symptomatic treatment alleviating pain and reducing the fever is important. NSAIDs (non-steroidal anti-inflammatory drugs) reduce the fever, pain and the inflammation, while other antipyretics and analgesics alleviate the pain and fever but do not affect the inflammation.

In males, severe febrile illnesses are a known risk factor for non-obstructive azoospermia. After an episode of high fever, temporary reduction of spermiogenesis or complete absence of sperm in the ejaculate may occur. This leads to reversible infertility, which may persist for about two months. The azoospermia is caused by a disruption of the spermiogenesis without a physical obstruction in the genital tract, and is therefore called non-obstructive azoospermia.
In most cases, the sperm count eventually returns back to normal and fertility is restored.

In females, severe fever may also have an adverse effect on fertility and may lead to spontaneous abortion. However, the impact of febrile illnesses on female fertility is not so clearly documented.

The prognosis of severe febrile illnesses depends on the cause, the patient’s condition and response to treatment. The underlying disease should always be identified in a patient with fever. The consequences of a severe fever on a patient’s fertility are usually temporary and rarely result in permanent infertility, if there is not any concurrent damage to the reproductive system. 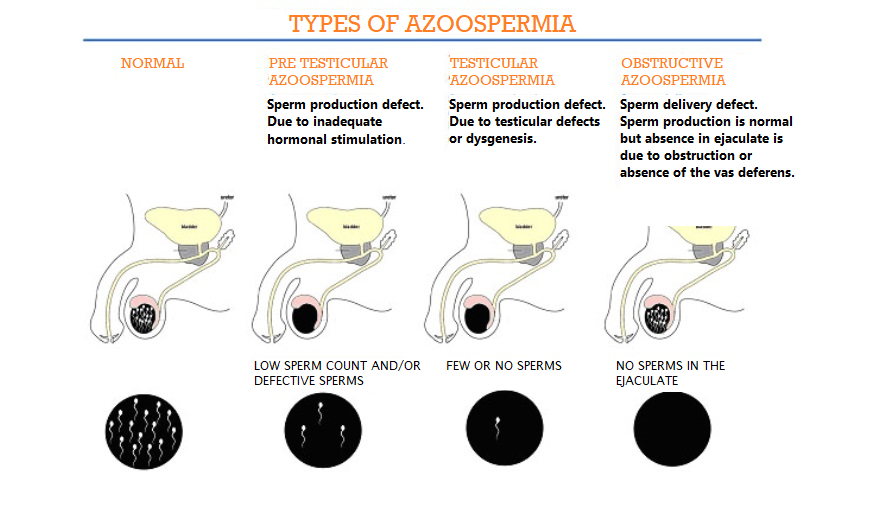 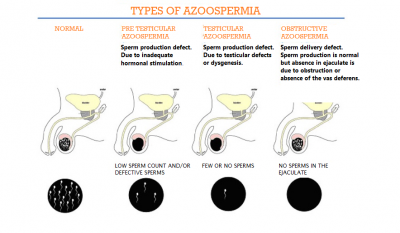