A sudden interruption in the blood supply of the brain.

Stroke is a medical condition in which poor blood flow to the brain results in cell death.

The symptoms depend on the area of the brain affected (Pic. 1). Dependent on the length of time the area is blocked, the damage may become irreparable. The blockage is usually caused by a small blood clot, although incursions such as air bubbles can have the same effect.

Signs and symptoms of a stroke may include an inability to move or feel on one side of the body, problems understanding or speaking, feeling like the world is spinning, or loss of vision to one side.

Signs and symptoms often appear soon after the stroke has occurred. If symptoms last less than one or two hours it is known as a transient ischemic attack (TIA) or mini-stroke. A hemorrhagic stroke may also be associated with a severe headache. The symptoms of a stroke can be permanent.

Diagnosis is typically with medical imaging such as a CT (Pic. 5) scan or magnetic resonance imaging (MRI) scan along with a physical exam. Other tests such as an electrocardiogram (ECG) and blood tests are done to determine risk factors and rule out other possible causes. Low blood sugar may cause similar symptoms. In general, the common risk factors for stroke include hypertension, diabetes, smoking, obesity, atrial fibrillation, and drug use.

Stroke is the leading cause of adult disability worldwide. Long-term complications may include pneumonia or loss of bladder control. Many stroke patients have problems with mobility, fatigue, speech, memory and/ or emotions among others and need support from one or more therapy areas (such as physiotherapy, speech therapy, occupational therapy and/or psychology). These problems affect their ability to complete daily activities at home and to participate in the community. It is thus critical to recognize stroke early and treat it rapidly to prevent or minimize morbidity and mortality.

Problems related to stroke can be long- lasting. After 15 years, two-thirds (63%) of survivors are living with disability, nearly two in five (39%) have depression and over a quarter (30%) have cognitive impairment. Furthermore, stroke patients are much more likely than people who have not had a stroke to be living with another illness.

The incidence of stroke seems stable, but the case fatality has decreased in recent decades. This trend has been associated with better stroke care (e.g. stroke unit care) and improved preventative treatment of cardiovascular risk factors. Experiencing complications after stroke is, on the other hand, associated with increased mortality and length of hospital stay in acute stroke patients. The most common complications include fever, pain, progressing stroke and infections, but complications such as myocardial infarctions, pulmonary embolisms and cardiac arrest may also occur. Most complications have their onset within the first week after stroke. Disability and mortality increase with an increasing number of complications experienced, especially progressing stroke, chest infections and other infections.

Prevention includes decreasing risk factors, as well as possibly aspirin, statins, surgery to open up the arteries to the brain in those with problematic narrowing, and warfarin in those with atrial fibrillation.

Primary prevention is less effective than secondary prevention (as judged by the number needed to treat to prevent one stroke per year). In those who are otherwise healthy, aspirin does not appear beneficial and thus is not recommended. In people who have had a myocardial infarction or those with a high cardiovascular risk, it provides some protection against a first stroke. In those who have previously had a stroke, treatment with medications (such as aspirin, clopidogrel, and dipyridamole) may be beneficial.

Some risk factors for stroke apply only to women. Primary among these are pregnancy, childbirth, menopause, and the treatment thereof (hormone replacement therapy). The clot can go to brain, heart, or lung and when pregnant to the umbilical cord. Safety is of the utmost importance during pregnancy. Additionally, stroke could be side effect of fertility medication during assisted reproductive techniques (ART).

In men, stroke could lead to erectile and ejaculatory dysfuntion that could affect the natural fertilization potential.

Disability affects 75% of stroke survivors enough to decrease their employability. Stroke can affect people physically, mentally, emotionally, or a combination of the three. Stroke does not usually a cause of sexual dysfunction, but it may affect the possibility of getting sex and to conceive naturally. The results of stroke vary widely depending on size and location of the lesion. Dysfunctions correspond to areas in the brain that have been damaged.

Some of the physical disabilities that can result from stroke include muscle weakness, numbness, pressure sores, pneumonia, incontinence, apraxia (inability to perform learned movements), difficulties carrying out daily activities, appetite loss, speech loss, vision loss and pain. If the stroke is severe enough, or in a certain location such as parts of the brainstem, coma or death can result.

Emotional problems following a stroke can be due to direct damage to emotional centers in the brain or from frustration and difficulty adapting to new limitations. Post-stroke emotional difficulties include anxiety, panic attacks, flat affect (failure to express emotions), mania, apathy and psychosis. Other difficulties may include a decreased ability to communicate emotions through facial expression, body language and voice.

Disruption in self-identity, relationships with others, and emotional well-being can lead to social consequences after stroke due to the lack of ability to communicate. Many people who experience communication impairments after a stroke find it more difficult to cope with the social issues rather than physical impairments. Broader aspects of care must address the emotional impact speech impairment has on those who experience difficulties with speech after a stroke. Those who experience a stroke are at risk of paralysis which could result in a self disturbed body image which may also lead to other social issues.

30 to 50% of stroke survivors suffer post-stroke depression, which is characterized by lethargy, irritability, sleep disturbances, lowered self-esteem and withdrawal. Depression can reduce motivation and worsen outcome, but can be treated with social and family support, psychotherapy and, in severe cases, antidepressants.

Emotional lability, another consequence of stroke, causes the person to switch quickly between emotional highs and lows and to express emotions inappropriately, for instance with an excess of laughing or crying with little or no provocation. While these expressions of emotion usually correspond to the person's actual emotions, a more severe form of emotional lability causes the affected person to laugh and cry pathologically, without regard to context or emotion. Some people show the opposite of what they feel, for example crying when they are happy. Emotional lability occurs in about 20% of those who have had a stroke. Those with a right hemisphere stroke are more likely to have an empathy problems which can make communication harder.

Cognitive deficits resulting from stroke include perceptual disorders, aphasia, dementia, and problems with attention and memory. A stroke sufferer may be unaware of his or her own disabilities, a condition called anosognosia. In a condition called hemispatial neglect, the affected person is unable to attend to anything on the side of space opposite to the damaged hemisphere.

Cognitive and psychological outcome after a stroke can be affected by the age at which the stroke happened, pre-stroke baseline intellectual functioning, psychiatric history and whether there is pre-existing brain pathology.
Up to 10% of people following a stroke develop seizures, most commonly in the week subsequent to the event; the severity of the stroke increases the likelihood of a seizure. 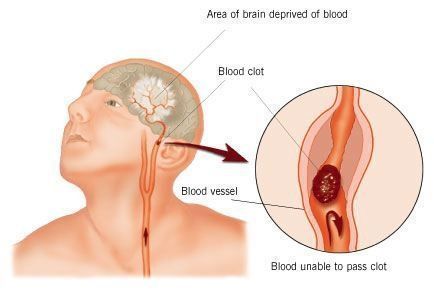 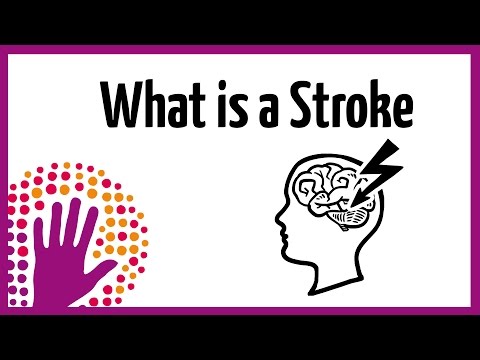 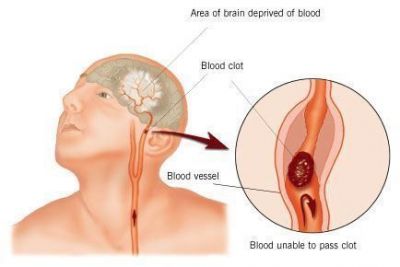 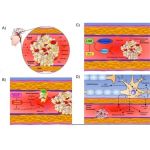 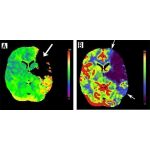 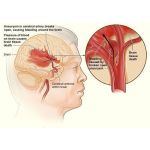 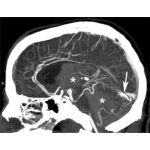