An abnormality of blood coagulation that increases the risk of thrombosis (formation of blood clots in blood vessels).

Thrombophilic disorders encompass a diverse group of coagulation disorders that potentiate a predisposition for thrombotic events. Such abnormalities can be identified in 50% of people who have an episode of thrombosis (such as deep vein thrombosis in the leg) that was not provoked by other causes. Thrombophilia is caused by abnormalities in blood consistency, which is determined by the levels of coagulation factors and other circulating blood proteins that participate in the "coagulation cascade". A significant proportion of the population has a detectable abnormality, but most of these only develop thrombosis in the presence of an additional risk factor.

There is no specific treatment for thrombophilia, unless it is caused by an underlying medical illness (such as nephrotic syndrome), in which case the treatment of the underlying disease is needed. In those with unprovoked and/or recurrent thrombosis, or those with a high-risk risk form of thrombophilia, the most important decision is whether to use anticoagulation medications, such as warfarin, on a long-term basis to reduce the risk of further episodes. This risk needs to weighed against the risk that the treatment will cause significant bleeding, as the reported risk of major bleeding is over 3% per year, and 11% of those with major bleeding may die as a result.

Women with a thrombophilia who are contemplating pregnancy or are pregnant usually require alternatives to warfarin during pregnancy, especially in the first 13 weeks, when it may produce abnormalities in the unborn child. Low molecular weight heparin (LMWH, such as enoxaparin) is generally used as an alternative. Warfarin and LMWH may safely be used in breastfeeding.

The most common conditions associated with thrombophilia are deep vein thrombosis (DVT) and pulmonary embolism (PE), which are referred to collectively as venous thromboembolism (VTE). DVT usually occurs in the legs, and is characterized by pain, swelling and redness of the limb. It may lead to long-term swelling and heaviness due to damage to valves in the veins. Venous thrombosis may also occur in more unusual places: in the veins of the brain, liver (portal vein thrombosis and hepatic vein thrombosis), mesenteric vein, kidney (renal vein thrombosis) arteries in the lungs, and the veins of the arms. Depending on the size and the location of the clot, this may lead to sudden-onset shortness of breath, chest pain, palpitations and may be complicated by collapse, shock and cardiac arrest.

Thrombophilia has been linked to recurrent miscarriage, and possibly various complications of pregnancy such as intrauterine growth restriction, stillbirth, severe pre-eclampsia and abruptio placentae. Recurrent pregnancy loss (RPL) represents a significant health problem with a rate of 5% among women in the reproductive age. Inherited thrombophilia has been implicated as a possible cause.
Protein C deficiency may cause purpura fulminans, a severe clotting disorder in the newborn that leads to both tissue death and bleeding into the skin and other organs. The condition has also been described in adults.
Risk factors
Risk factors may include any combination of abnormalities in the blood vessel wall, abnormalities in the blood flow (as in immobilization), and abnormalities in the consistency of the blood. The risk of recurrence after an episode of thrombosis is determined by factors such as the extent and severity of the original thrombosis, whether it was provoked (such as by immobilization or pregnancy), the number of previous thrombotic events, male sex, the presence of an inferior vena cava filter, the presence of cancer, symptoms of post-thrombotic syndrome, and obesity. These factors tend to be more important in the decision than the presence or absence of a detectable thrombophilia. Women with a history of spontaneous VTE (venous thromboembolic events) or first degree relatives with significant clotting histories should be considered for testing. Screening is controversial in women who experience the loss in later stages of pregnancy and who have placental pathology that suggests that ischemia, infarct, or vessel thrombosis may have contributed to the fetal demise since there is a low rate of recurrence of these outcomes.

The association between thrombophilia and recurrent pregnancy loss or poor pregnancy outcome is well known. It may act by impairing the initial vascularization process occurring at implantation, which is necessary for a successful pregnancy. Hereditary thrombophilia can cause in placentation failure, it may have a role in recurrent IVF failure.
The overall impact of the inherited and acquired thrombophilias is low in the non-pregnant population, and the majority of patients never experience a thrombotic event. During pregnancy, however, the increased risk of thromboses in patients with inherited and acquired thrombophilias can be substantial and warrants consideration, especially as thrombosis is the leading cause of mortality during pregnancy. Fifty percent of the patients with thrombosis during pregnancy will be found to have an underlying thrombophilia.

The management of thrombophilia in the setting of pregnancy remains controversial. Anticoagulation may provide benefit for women both as prophylaxis and as treatment for venous thromboembolism during pregnancy. Women with inherited thrombophilias should be counseled that although their condition may increase the risk of adverse outcomes in pregnancy, the associations are not clear and that there are no definitive studies linking the use of anticoagulation to pregnancy success in this setting. The largest percentage of failed invitro fertilization (IVF) cycles, are due to lack of implantation. As hereditary thrombophilia can cause in placentation failure, it may have a role in recurrent IVF failure. Inherited thrombophilia is more prevalent in women with recurrent IVF failure compared with healthy women.

Having at least one: thrombophilia, mutation of factor V Leiden and homozygote form of MTHFR mutation were risk factors for recurrent IVF failure. 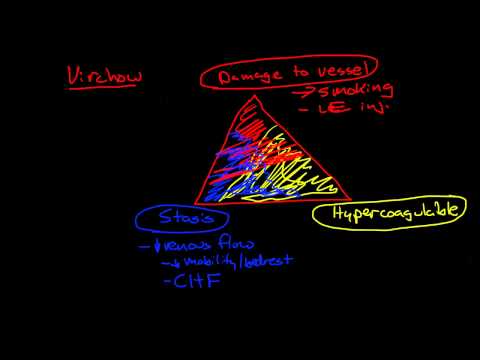 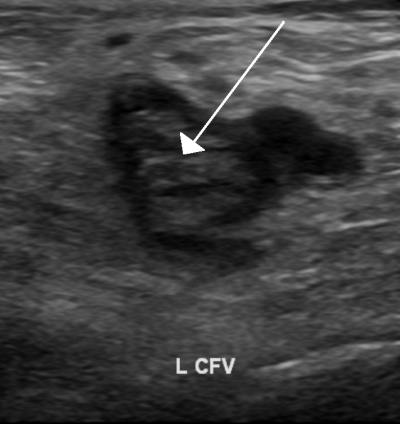 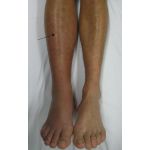