The formation of a blood clot inside a blood vessel that could occur during pregnancy or after the childbirth.

Thrombosis is the formation of a blood clot inside a blood vessel, obstructing the flow of blood (Pic. 1) through the circulatory system. When a blood vessel (a vein or an artery) is injured, the body uses platelets (thrombocytes) and fibrin (insoluble protein) to form a blood clot to prevent blood loss. Even when a blood vessel is not injured, blood clots may form in the body under certain conditions. A clot, or a piece of the clot, that breaks free and begins to travel around the body is known as an embolus (Pic. 2).

Postpartum ovarian vein tromborosis is the result of bacterial infections, hypercoagulability (abnormality of blood coagulation that increases the risk of thrombosis) and reduced blood flow in dilated ovarian veins. Eighty to 90% occur in the right side due to the pressure by enlarging uterus with compression of right ovarian vein.

This condition is classically a puerperal process (immediately after the childbirth), but it may also arise in non puerperal (not after the childbirth) settings such as endometritis (abnormal growth of endometrial cells outside the uterus), pelvic inflammatory disease (occurs when an infection spreads from the vagina to the cervix and fallopian tubes), malignancy (cancerous), thrombophilia, inflammatory bowel disease, and pelvic and gynecologic surgeries. Postpartum ovarian vein thrombosis is an uncommon complication that may threaten mothers' lives.

The diagnosis of ovarian vein thrombosis can be established by ultrasound, magnetic resonance imaging (MRI) or computed tomography (CT), respectively. The limitations of ultrasound include obscuring of the gonadic vein by overlying bowel gas. Magnetic resonance has the best combined sensitivity and specificity. Since MRI is capable of imaging in multiple planes, does not require intravenous contrast material and is sensitive to alterations in blood flow, it is of potential value in the diagnosis and follow-up of ovarian vein thrombosis. If abdominal pain is present ultrasounds should be routinely performed during pregnancy to exclude ovarian thrombosis.

Management approach of POVT may be medical or surgical treatment, with both recording similar success rate. The main approach to medical treatment involves the use of anticoagulant (reduces blood coaguation). The inclusion of broad spectrum antibiotics for 7 to 10 days has also been recommended.

While the place of surgery in the initial management of POVT is controversial, some clinicians prefer surgery for complicated cases associated with free floating thrombosis, recurrent pulmonary emboli in spite of medical treatment, and contraindication to anticoagulant use.

Thrombosis is generally defined by the type of blood vessel affected (arterial or venous thrombosis) and the precise location of the blood vessel or the organ supplied by it.

Presentation classically, ovarian vein thrombosis arises in the first 7 days postpartum. In the postpartum period, up to 80% of patients will present with fever, but only half will experience right lower quadrant abdominal pain. Importantly, many patients will have nonspecific symptoms, including malaise, vague diffuse abdominal pain, or shortness of breath. In rare cases, a mass may be palpable, but this is an unusual finding.

Thrombophilia (sometimes hypercoagulability or a prothrombotic state) is an abnormality of blood coagulation that increases the risk of thrombosis (blood clots in blood vessels). Althought thombophilia does not cause infertility and women can have normal pregnancies, thrombophilia is considered a significant risk factor for recurrent pregnancy loss.

The large proportion of terminal events in neoplastic diseases are thrombotic, leading to the hypothesis that cancer is a prothrombotic disease. An additional aspect of thrombosis and cancer is the inevitably adverse effect of chemotherapy in promoting thrombosis.

Fertility in cancer patients could be affected by cancer treatment that can harm the reproductive organs and it could make it hard to have a children.

There is strong evidence that sepsis produces a dysfunctional activation of the hemostatic system that maintains the liquid flow of blood. The resulting development of thrombosis is tightly related to associated organ failure and death. Inflammation-driven activation of platelets plays a key role in this complex process.

Thrombosis may can be fatal if the clot dislodges and moves into the lungs (pulmonary embolism).

Pulmonary embolism is a blood clot in the lung, which causes signs and symptoms of chest pain, cough, and shortness of breath. The incidence of pulmonary embolism after puerperal ovarian vein thrombosis varies widely, ranging from 0,15 to 0,33% in the highest reports, with a resultant mortality rate up to 4%. Up to one second of postpartum cases may result in pulmonary embolism, and mortality estimates approach 5%.

During pregnancy, the diameter of the ovarian vessels increases due to increased blood flow and hormonal changes, resulting in substantially increased pressure on both the vessel walls and the valves within the veins. This increased pressure at the valves results in venous incompetence, compounding venous stasis in the pelvis. In addition, the gravid uterus may potentially compress the already engorged right ovarian vein.

Thrombosis during pregnancy does not affect the baby unless there are serious complications, such as permanent swelling of the veins and fluid retention.

POVT can occur after delivery causing severe complications. In pregnancy there is a progressive alteration in the balance between prothrombotic and anticoagulant factors. In ninety percent of the cases, the right ovarian vein is involved due to the incompetence of the valves. The size of the uterus during pregnancy may result in compression of the ovarian vein. Enlarged pregnant uterus may cause obstruction of large veins leading to vein stasis and its complications.

The risk of thrombosis is increased by an abnormality of blood coagulation called thrombophilia. Several reports identify inherited predisposition to thrombophilia as one of the main causes of recurrent pregnancy loss (RPL) in particular if several diseases potentially responsible of RPL have been already excluded such as endocrine diseases (such as ovarian dysfunction, anovulation, hypopituitarism and diabetes), uterine malformation, genetic alterations (for example, chromosomal aberrations), inflammatory diseases (in particular systemic lupus erythematosus) and infectious diseases. Recurrent pregnancy loss represents a major health problem with two to three or more losses in up to 5% of women of reproductive age and is actually one of the most common causes of female sterility.

From a pathological point of view, women affected by thrombophilia show during their pregnancy a hypercoagulable state that is already increased during pregnancy, which may impair placental flow and then its function and fetal growth and may predispose to develop venous thrombosis.

Venous thromboembolism (VTE) and pulmonary embolism (PE), in fact, continue to be a leading cause of maternal death during pregnancy or postpartum and may cause significant morbidity of pregnant women.

Postpartum ovarian vein thrombosis is a rare puerperal complication, with an incidence of 1/600 and 1/2000 deliveries. It occurs in 0.05% of all pregnancies that results in live births.

Mortality rate of 52% was recorded among untreated cases. However, with the use of anticoagulant, the mortality among treated cases reduced from 25% to 5%. The four patients managed had anticoagulant therapy. Recurrence of POVT is low in subsequent pregnancy. But for patients with underlying hypercoagulable state, anticoagulant prophylaxis is recommended in future pregnancies. 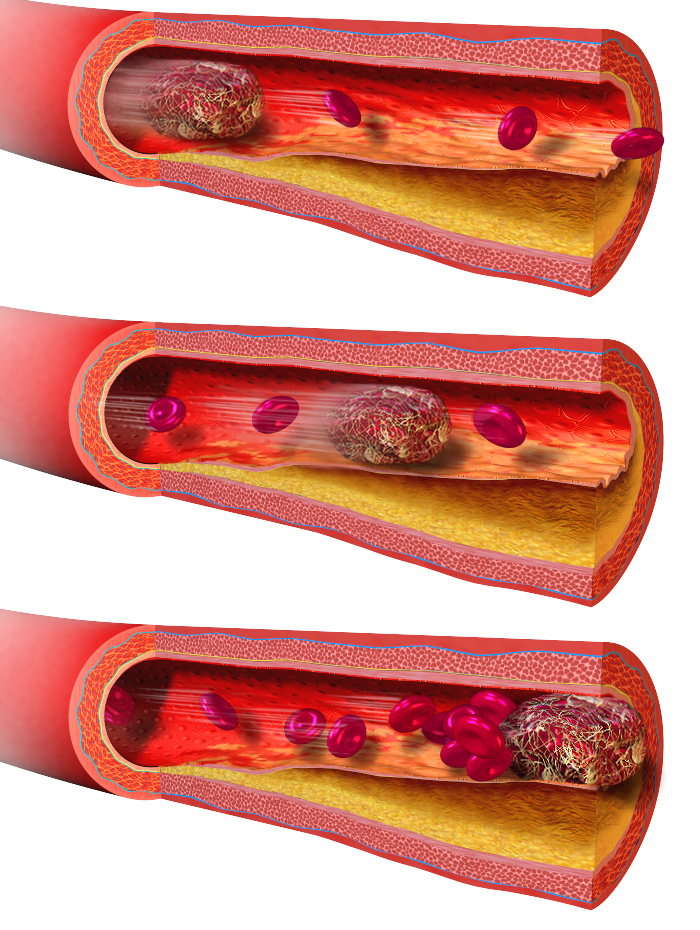 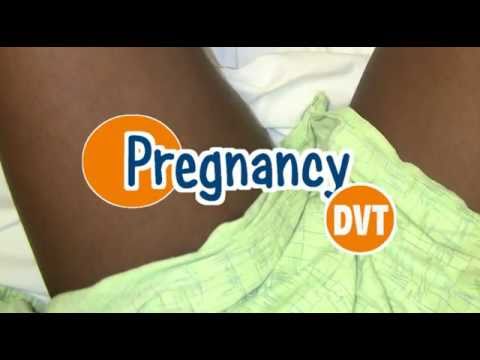 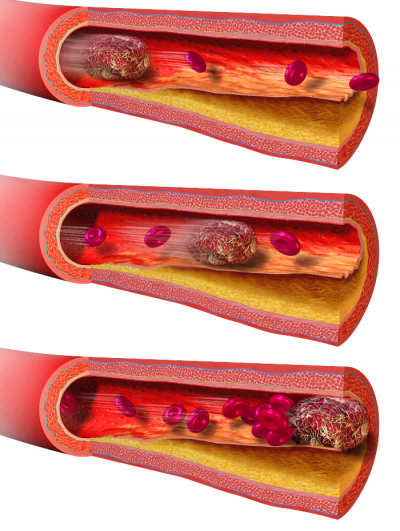 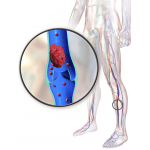