An operation that involves the surgical removal of all or part of the thyroid gland.

A thyroid surgery (also thyroidectomy) is an operation that involves the surgical removal of all or part of the thyroid gland (Pic. 1). This butterfly-shaped gland is found in the throat. The thyroid is one of the largest endocrine glands in the body and produces thyroid hormones (triiodothyronine (T3) and thyroxine (T4)) and calcitocin. The thyroid controls how quickly the body burns energy, makes proteins, and how sensitive the body should be to other hormones.

General, thyroidectomy is performed when a patient has thyroid cancer or some other condition of the thyroid gland (such as hyperthyroidism, i.e. overactive thyroid gland) or goiter (non-cancerous enlargement of the thyroid). Other indications for surgery include cosmetic (very enlarged thyroid), or symptomatic obstruction (causing difficulties in swallowing or breathing).

There are three main approaches to thyroidectomy:

Thyroidectomy is a common surgical procedure that has several potential complications or sequelae including temporary or permanent change in voice, temporary or permanently low calcium, need for lifelong thyroid hormone replacement, bleeding, infection, and the remote possibility of airway obstruction due to bilateral vocal cord paralysis. Complications are uncommon when the procedure is performed by an experienced surgeon.

Less extreme variants of thyroidectomy include:

A "thyroidectomy" should not be confused with a "thyroidotomy" ("thyrotomy"), which is a cutting into (-otomy) the thyroid, not a removal (-ectomy) of it. A thyroidotomy can be performed to get access for a median laryngotomy, or to perform a biopsy. Although technically a biopsy involves removing some tissue, it is more frequently categorized as an -otomy than an -ectomy because the volume of tissue removed is minuscule.

Traditionally, the thyroid has been removed through a neck incision that leaves a permanent scar. More recently, minimally invasive and "scarless" approaches such as transoral (through mouth) thyroidectomy have become popular in some parts of the world.

Patient may have some aches and pains in the neck and shoulders after surgery. Also, hypothyroidism (when body doesn’t produce enough thyroid hormones) may occur after surgery.

Hyperthyroidism means the thyroid gland is overactive. An immune system abnormality called Graves' disease is the most common cause of hyperthyroidism. This condition tends to affect women more than men. Around two in every 100 women will experience some degree of hyperthyroidism. Other causes of an overactive thyroid include local inflammation (thyroiditis), nodules or lumps. Surgery is a treatment option for hyperthyroidism, but it's not as commonly used as antithyroid medications or radioactive iodine.

A goitre or goiter is a swelling in the neck resulting from an enlarged thyroid gland. The term is also used to describe an enlarged thyroid. A goitre is associated with a thyroid that is not functioning properly. In extreme cases, a partial or complete thyroidectomy is required to treat goiter.

Studies have shown that women after total thyroidectomy and women with hypothyroidism due to other reasons are at increased risk for adverse obstetric outcomes, while the risk is higher for pregnancies with total thyroidectomy as compared to hypothyroidism. However, it should be no different than any other pregnancy as long as thyroid hormones levels are managed appropriately.

The indications for thyroid surgery are rare, limited to nodules demonstrated to be malignant on preoperative investigations and very large or retrosternal nodules, symptomatic or unsightly goitre or goitre accompanied by low thyroid-stimulating hormone (TSH). Despite existing international and national recommendations, much concern is being currently raised about overdiagnosis and an excess of thyroidectomy, which may result in harms to the patients.

Fine-needle aspiration cytology before surgery for a suspicious thyroid nodule is performed in less than one-half of cases, while this procedure could avoid surgery for a certain number of patients, which, as shown by this study as well as other studies, is not devoid of complications.

Hypothyroidism after thyroid surgery adversely affects erectile function and sperm parameters, including sperm count, morphology, and motility. Once hypothyroidism is diagnosed in a man with fertility problems, bringing thyroid hormones levels back into the normal range usually restores normal erectile and ejaculatory function.

After the removal of a thyroid, patients usually take a prescribed oral synthetic thyroid hormone to prevent hypothyroidism (thyroid hormone replacement therapy). As long as thyroid hormones levels are regulated by taking the thyroid pills then patient shouldn't have a problem carrying to term.

However, thyroidectomy can safely be performed on pregnant women, but they may need some extra vitamins and supplements. 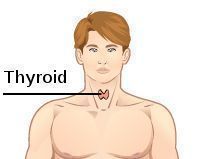 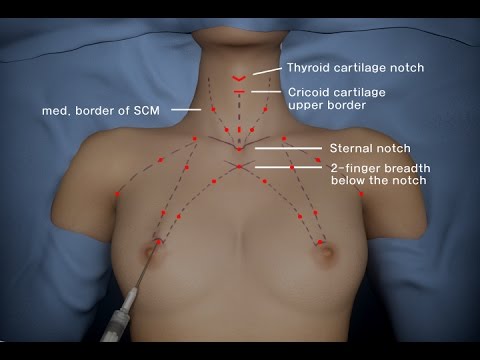 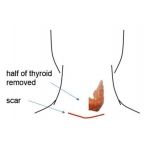 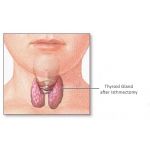