Type of clothes, that fit very tightly and may result in decreased fertility.

While tight clothing has enjoyed a relatively rich history, a number of studies have reported that when excessive pressure is exerted constantly on specific parts of the human body, it can lead to many health risks. Blood circulation, stomach, air exposure and skin disorders are just a few of the problems that may arise from the practice of wearing garb that is too close to the body.

Tight clothing can also impede the free-flowing circulation of blood within the body. This can lead to health problems including blood clotting, hypothermia (reduced body temperature), and numbness. Any articles of clothing that are worn should always allow the blood to move naturally, and in ways which do not restrict blood vessels.

Many stomach issues can be attributed to tight clothing as well as it constrict the abdomen and place pressure on the intestines (Pic. 2). Compressing the intestines can interfere with their normal mobility leading to multiple symptoms including heartburn, abdominal pain, indigestion and constipation. These issues can be resolved after wearing looser garments that allow the digestive processes to act unimpeded.

Another common problems associated with tight clothing are lack of air circulation and skin issues. Syncope, commonly known as fainting spells, numbness, jock itch and hives are a few issues that may arise from wearing close-fitting garments. It has also been noted that wearing a waist belt frequently for a long time, can cause back pain and that this pain is due to imbalance between forces of muscles around the abdomen and waist muscles.
Furthermore, It has been suggested that very tight clothes cause overheating and encourage constant moisture in the intimate area, leading to conditions such as infections caused by fungi and microorganisms, which may potentially have harmful effect on fertility.

Wearing tight-fitting clothing that puts too much pressure on your legs, belly, groin area and other parts of your body restricts blood circulation, hindering its natural flow and return circulation. In addition, this condition can lead to the onset of pain, swelling or varicose veins in the lower limbs due to the pressure placed on the affected body part. Moreover, both trousers and belts that press excessively on the belly area or abdomen stop the stomach from naturally expanding. This movement is necessary for proper digestion, and if you restrict it with tight clothes you could impede digestion and even cause heartburn and reflux (condition, where acid from the stomach leaks up into the oesophagus).

A woman's body undergoes many changes due to hormonal effects during pregnancy to support the uterus. Hormonal activity loosens up ligaments, and increases the capacity of the chest and abdominal cavity. The wearing of tight clothes can therefore interfere with these physical changes and cause discomfort.

Women may be unaware that tight clothing can constrict their growing body. Even maternity wear, such as maternity pants, belly bands, brassieres and abdominal support, if tightly fitted, may constrict a pregnant woman's changing shape. Previous studies on the effect of clothing on health in ordinary adults have found that clothing-induced constriction may increase the time taken for faeces to pass through the intestines and decrease the amount of faeces, worsen autonomic nervous system (regulates the functions of internal organs such as the heart, stomach and intestines) function, worsen food digestive function, decrease trunk musculature activity and increase the risk of lumbar problems. Constipation is one of the most common minor problems experienced by pregnant women and tight clothing may further aggravate this condition.

Studies show that wearing thick underwear increases the risk of suffering from fungal infection due to keeping the vagina area warm and damp. Also, wearing underwear which has been made by synthetic cloths can intensify the vulvovaginal symptoms.

There is a demonstrated correlation between wearing a tight bra for several hours per day and an increased risk of developing breast cancer, which is in agreement with a previous study that found that premenopausal women who did not wear a bra had half the risk of developing the disease compared to those who wore it. It was also observed that women with breast cancer had the peculiar habit of frequently wearing a bra to sleep (36.84%), as opposed to those without the disease (7.23%). Regarding the degree of bra tightness, it was noted that patients with breast cancer wore tighter bras when compared with the controls; however, this difference was not significant.

The mechanism by which a tight bra worn for several hours per day would lead to breast cancer is unknown; however, it is suggested that disease could develop via direct or indirect pathways. The bra is the only article of clothing that tightens the whole organ that it covers, and the repetitive and chronic direct trauma of this garment pressing all quadrants of the breast could lead to disease through the radial scars. The radial scars is a hyperplastic proliferative disease (an overgrowth of the cells that line the ducts or the milk glands) of the breast that is associated with a high risk of breast cancer.

Avoid restrictive clothing. Tight underwear or pants, athletic or swim spandex materials, and harness gear that cuts of circulation to the groin area may interfere with male fertility by harming sperm production or weakening the quality of sperm.

Maintain an appropriate temperature in the groin region. Long periods of sitting, regular sessions in a hot tub or sauna, Jacuzzi, putting a laptop on the lap and wearing overly warm or snug clothing can cause the scrotum to overheat, reducing sperm count and thus, limiting male fertility. Avoid these situations to increase the likelihood that sperm count will remain at a healthy level.

Candidiasis is the second common vaginal infection. The main signs of candidiasis are irritation or stimulation or both. Vaginal secretion is like coagulated cheese, in a strong, white-like and profuse amount. Factors like age, pregnancy condition, sexual relations, diabetes, the weakness of the immune system, using antibiotics, mechanical factors and wearing tight nylon clothes are among the facilitating factors that cause this infection. Due to Candidiasis, vaginal environment becomes very unbalanced and makes it harder for the sperm to reach the cervical opening.

Sperm are made in the testes, a pair of egg-shaped glands that sit in the scrotum, in a lengthy and continuous process. It takes about 70 days for germ cells to develop into the mature sperm, found in semen, that can fertilise an egg. The location of the testes in the scrotum makes the testes vulnerable to trauma, but it serves a strategic purpose – to keep them around 2°C cooler than normal body temperature, which is required for the production of top-quality sperm.

Normally, the sweating of the scrotal skin serves as an “evaporative air cooling system” for the testes. But if it’s too hot and the scrotum can’t sweat, the testes will have trouble making sperm.

If the testes are too hot for too long, sperm production is interrupted and won’t return to normal until their temperature returns to normal. It can take a few months of keeping the testicles at a normal temperature for sperm counts to improve if they have been lowered by heat stress.

Ongoing research suggests that a focus on tight clothing may be extremely important. So far, it seems that men are the most affected as wearing tight pants may result in testes being overheated and therefore the quality of sperm is being decreased. However, at the moment the information on the types of clothing suitable for pregnant women and ways of wearing clothes comfortably during pregnancy is very limited. Therefore future studies performed in laboratories are needed to evaluate the risk of different types of tight clothing might have on infertility. 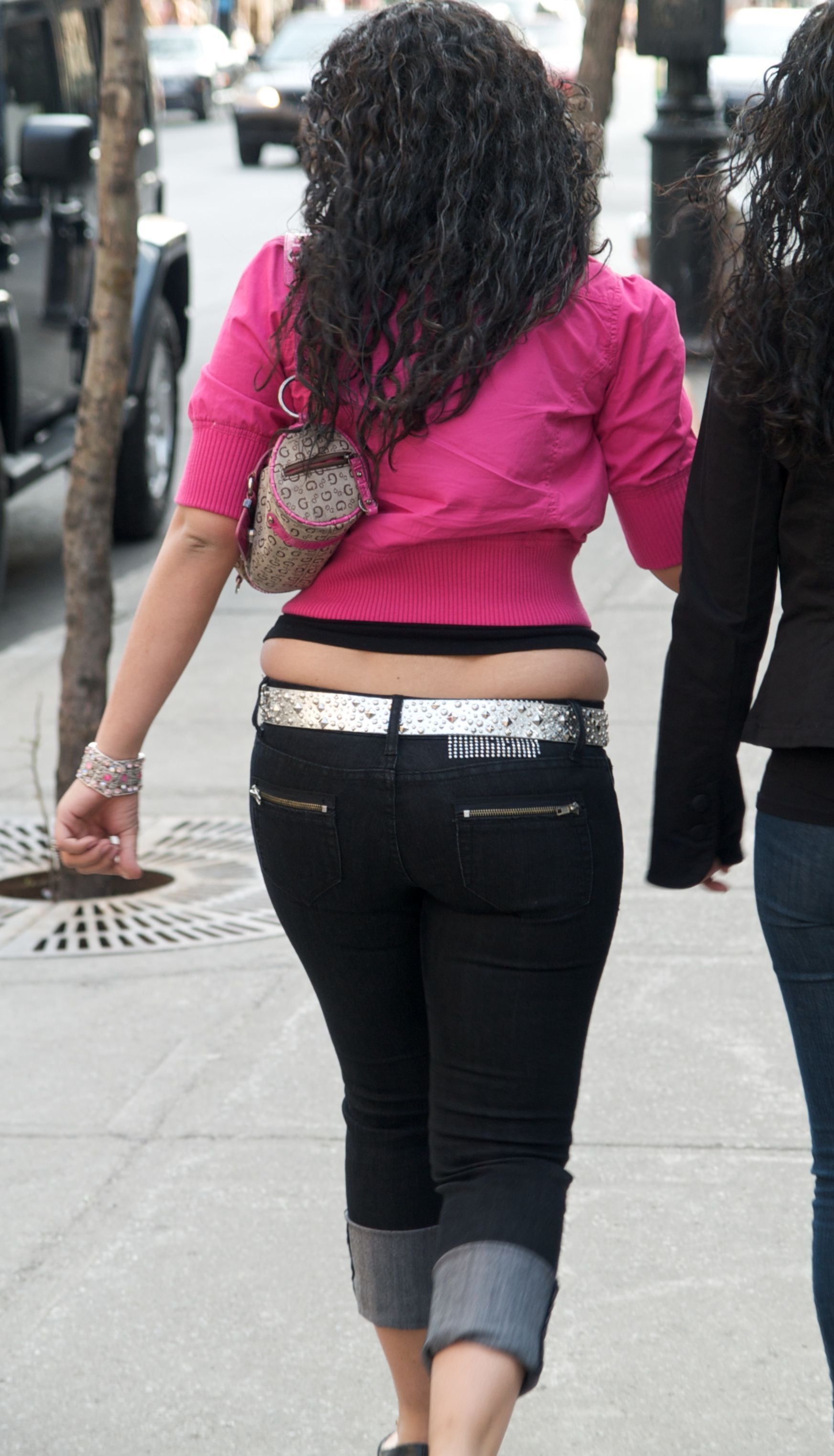 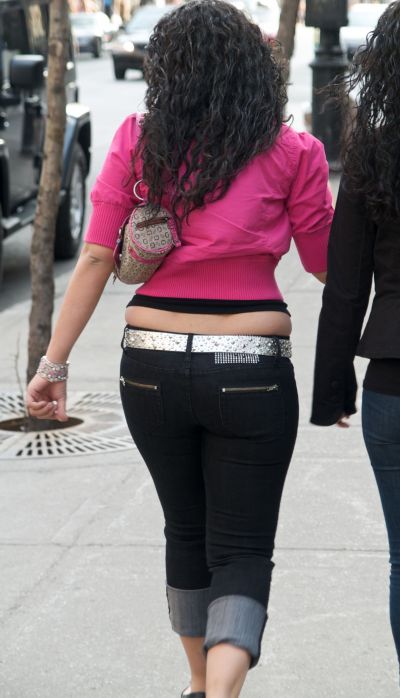