Surgery which is performed on Fallopian tube(s).

Tubal ligation (also known as having one's "tubes tied") is a surgical procedure for sterilization in which a woman's fallopian tubes are clamped and blocked or severed and sealed, either of which prevents eggs from reaching the uterus for implantation. However, fertilization can still occur in the fallopian tubes.

Tubal ligation is considered a permanent method of sterilization and birth control. Tubal ligation (incorrectly referred to as tubectomy) is considered major surgery requiring the patient to undergo spinal anesthesia. It is advised that women should not undergo this surgery if they currently have or had a history of bladder cancer.

After the anesthesia takes effect, a surgeon will make a small incision at each side of, but just below the navel in order to gain access to each of the two fallopian tubes. With traditional tubal ligation, the surgeon severs the tubes, and then ties (ligates) them off thereby preventing the travel of eggs to the uterus. Other methods include using clips or rings to clamp them shut, or severing and cauterizing them. Tubal ligation is usually done in a hospital operating-room setting.

Tubal Reversal, also called tubal sterilization Reversal, or tubal ligation reversal, or microsurgical tubal reanastomosis, is a surgical procedure that can restore fertility to women after a tubal ligation. By rejoining the separated segments of the fallopian tube, tubal reversal can give women the chance to become pregnant again.

Tubal reversal surgeries require the techniques of microsurgery to open and reconnect the fallopian tube segments that remain after a tubal sterilization, reimplant remaining segments, or create new fimbria:

After opening the blocked ends of the remaining tubal segments, a variety of microsurgical techniques are utilized to recreate a functional tube.

In a small percentage of cases, a tubal ligation procedure leaves only the distal (far) portion of the fallopian tube and no proximal (close) tubal segment. This can occur when any method of tubal ligation has been applied to the isthmic segment of the fallopian tube as it emerges from the uterus. In this situation, a new opening can be created through the uterine muscle and the remaining tubal segment inserted into the uterine cavity. This microsurgical procedure is called tubal reimplantation.

Fimbriectomy is a very uncommon type of tubal ligation that is performed by removing the end (fimbria) of the fallopian tube leaving only the tubal segment attached to the uterus. After fimbriectomy, if the remaining tubal segment is long enough, the end of the tube can be opened and 'new' fimbria can be created by a procedure called a neofimbrioplasty. These "new" fimbria are not actually fimbria, but they are the cilia from the inside of the fallopian tube that have been exposed by everting the tubal lumen much like the petals of a rose are exposed once the rose blooms.

These 'new' fimbria are much less effective at collecting (catching) an egg that has been released from the ovary than the real fimbria that had been removed during the fimbriectomy performed by the surgeon who did the original tubal ligation.

Salpingectomy refers to the surgical removal of a Fallopian tube. It is often related to tubal pregnancies and is a procedure that is preferred over its ovarian tube-sparing counterparts due to the high rate of recurrence in said ectopic pregnancies.

Salpingectomy has traditionally been done via a laparotomy; more recently however, laparoscopic salpingectomies have become more common as part of minimally invasive surgery.

Different types of tuboplasty have been developed and can be applied by laparoscopy or laparotomy. They include lysis of adhesions, fimbrioplasty (repairing the fimbriated end of the tubes), salpinostomy (creating an opening for the tube), resection and reananstomosis (removing a piece of blocked tube and reuniting the remaining patent parts of the tube), and tubal reimplantation (reconnecting the tube to the uterus).

Further, using fluoroscopy or hysteroscopy proximal tubal occlusion can be overcome by unilateral (one sided) or bilateral (both sided) selective tubal cannulation, a procedure where a thin catheter is advanced through the proximal portion of the fallopian tube os to examine and possibly restore tubal patency salpinostomy (creating an opening for the tube) or falloposcopy.

Results of tubal surgery are inversely related to damage that exists prior to surgery. Development of adhesions remains a problem.

The main prevention of adhesions is to avoid the inflammation in pelvic area. It is important to practice safe sex and use protection against sexually transmitted diseases with condom. Also is necessary to take care of hygiene, concretely wiping from back to front could spread bacteria from bowel to the vagina. All of this can lead to inflammation, which can spread from origin to the Fallopian tubes.

Every surgery could be accompanied with complications such as scarring and adhesions of Fallopian tube(s) due to inflammatory and immune reaction after interference into the body. This all can lead to blockade of oocyte pathway and the oocyte is not capable of transportation to the uterus, where the implantation is done.

Also any tubal surgery has higher risk of ectopic pregnancy in the future. For most tubal ectopic pregnancies (EP) immediate surgery is the treatment of first choice. In most cases, the Fallopian tube must be removed whole but there are other possibilities.

Surgical treatment should be performed conservatively (salpingostomy) or radically (salpingectomy) in women wishing to preserve their reproductive capacity, but it is subject to debate.

Salpingostomy preserves the tube, but bears the risks of repeat ipsilateral (on the same side) tubal EP. Salpingectomy, avoids these risks, but leaves only one tube for reproductive capacity.

While in vitro fertilization (IVF) therapy has largely replaced tubal surgery in the treatment of infertility, the presence of hydrosalpinx is a detriment to IVF success. It has been recommended that prior to IVF, laparoscopic surgery should be done to either block or remove hydrosalpinges.

In the case of hydrsalpinx with a small and minimum tubaric injured, the pregnancy rates are around 25%. In case of severe tubaric injury the patient must go to an assisted reproductive technology (ART).

If the surgery is successful, there is possibility of conceiving in multiple cycles and to achieve multiple pregnancies. Also, there is lower risk of multiple gestation after surgical treatment.

It is suggested, that younger women with mild tubal disturbance should undergo a tubal reconstructive surgery, on the other hand older patients with severe disease are better candidates for assisted reproduction program. 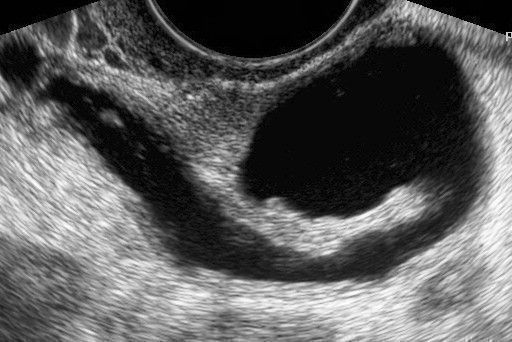 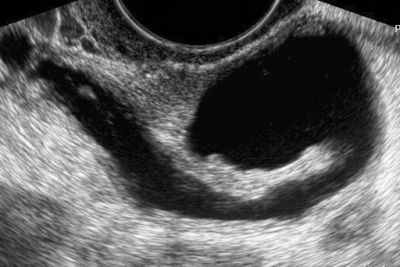