Underweight is characterized by unhealthy low body weight. To define the weight status of a person, body mass index (BMI) is used (Pic. 1). BMI put in relation the weight and height of a person (BMI= weight (kg) / height (m)2) and it approximately reflects the level of body fat in individuals (Pic. 2). Underweight refers to people with BMI under 18,5 or weight 15 % - 20 % below normal in relevance to age and height group.

A person may be underweight due to genetics, metabolism, drug use, lack of food (frequently due to poverty), or illness.

Underweight might be secondary to malnutrition or symptomatic of an underlying disease. Unexplained weight loss may require professional medical diagnosis. Being underweight is associated with certain medical conditions. These include:

Hyperthyroidism (abnormally increased function of thyroid gland)
In hyperthyroidism, the metabolic turnover of generally higher. This means that larger quantities of nutrients are used for production of energy, released in the form of heat, and are not deposited in tissues. This can result in lower bodily weight, and eventually in underweight.

Cancer
Every form of malignant tumour induces an inflammatory state in the organism, which lowers the appetite of the individual, usually resulting in weight loss. Furthermore, the tumour uses up nutrients from the organism to sustain its own growth, further depleting the patient´s nutritional reserves.

Gastrointestinal diseases
People with gastrointestinal or liver problems, such as liver cirrhosis, inflammatory bowel diseases (such as Crohn´s disease) or various cases of malabsorption syndrome (disrupted absorptive function of the intestines), may be unable to adequately absorb nutrients from ingested food, resulting in nutritional deficiency.

Apart from underlying diseases, malnutrition (or malnourishment) itself is a significant cause of underweight worldwide. Insufficient caloric intake in such cases leads to generally body weight, but also many associated conditions.

Malnourishment can also cause anemia (low red blood cell counts) and hair loss. Severely underweight individuals may have poor physical stamina and a weak immune system. Being underweight is an established risk factor for osteoporosis (reduce strength of bones), even for young people. Being underweight is also reported to increase mortality in smokers. People with certain eating disorders (anorexia nervosa, bulimia nervosa) can also be underweight due to lack of nutrients/over exercise. In women, being severely underweight as a result of an eating disorder, or due to excessive strenuous exercise can result in amenorrhea (absence of menstruation), infertility and, if gestational weight gain is too low, possible complications during pregnancy.

Major symptoms of underweight include low body weight, BMI under 18.5, fatigue, malaise and reduced physical stamina. Many other symptoms can be observed due to conditions associated with unhealthy low body weight and nutritional deficiency. Underweight patients can experience more frequent bone fractures due to osteoporosis and lower bone density. Weakened immunity results in increased susceptibility to infections, especially viral ones, such as common cold. In women, low body weight may cause amenorrhoea, the cessation of menstrual cycle, with subsequent infertility.

Cachexia or wasting syndrome (Pic. 3) is loss of weight, muscle atrophy, fatigue, weakness, and significant loss of appetite in someone who is not actively trying to lose weight. It may follow prolonged significant weight loss, and is also linked with systemic inflammatory response (large-scale activation of the immune system). The ensuing oxidative stress (higher amounts of highly reactive oxygen compounds) is detrimental to virtually all bodily functions.

Osteoporosis (Pic. 4) is a disease where increased bone weakness increases the risk of a broken bone. It is the most common reason for a broken bone among the elderly. Bones that commonly break include the vertebrae in the spine, the bones of the forearm, and the hip. Until a broken bone occurs there are typically no symptoms. Bones may weaken to such a degree that a break may occur with minor stress or spontaneously. The risk of osteoporosis greatly increases in malnourished individuals.

In women, significantly low body weight, approximately with BMI values of 16 or lower, can lead to secondary cessation of menstrual cycle, called secondary amenorrhoea. This is partly due to lowered production of estrogens, which are necessary for a healthy menstrual cycle, but according to recent scientific studies, the sheer lack of sufficient nutrient intake can negatively affect the menstrual cycle. The presence of amenorrhea means that the patient is most likely not ovulating, a therefore is most likely infertile.

Patients with poor nutritional status have generally weaker immune system. As a consequence, they may suffer more frequently from common infections, such as common cold, than the healthy population. They have also prolonged wound healing and may take a longer time to recuperate from an illness or an operation than well-fed individuals.

In order to avoid or treat being underweight, an overall lifestyle change is necessary. A combination of improved diet, exercise, and appetite stimulants are helpful. Exercise helps to keep bones strong and maintain muscle tone, it can also stimulate appetite. Diet should include nutrient rich food and calorie dense snacks; it should be a diet rich in fruits, vegetables, proteins and fats from plant sources. The major focus should be increased intake of healthy calories. Appetite stimulants like B vitamin supplements can also be used.

Indeed, as for the initiation of menses, a minimum of fat mass is necessary, for maintaining ovulatory function, and therefore, fertility. Conditions of energy deficit, such as eating disorders (ED), malnutrition and strenuous physical activity, are associated with subfecundity and infertility.

It has been reported that 20.7% of infertile women seeking intrauterine insemination (IUI) had been diagnosed with an eating disorder, suggesting that women with history of eating disorders may be at a higher risk for infertility.

The prognosis of underweight patients depends on the underlying cause, but low body weight is generally associated with poorer outcomes of any other disease. Underweight individuals are at increased risk of dying, mainly due to external causes of death. This prompts at screening and counselling this risk group for modifiable risk factors for external causes of death, e.g. frailty or alcohol or drug abuse. Furthermore, among underweight individuals, smokers may be regarded as a vulnerable population. An overall improvement in diet, exercise and lifestyle is needed to achieve a healthy body weight and sufficiently decrease the risks of complications.

For restoring normal fertility level in underweight patients, increasing their body weight and general fitness is crucial. The success rate is different depending on the underlying condition. In women suffering from EDs, successful refeeding and management of the disorder can fully restore normal menstrual cycles, hormonal function and the ability to get pregnant. 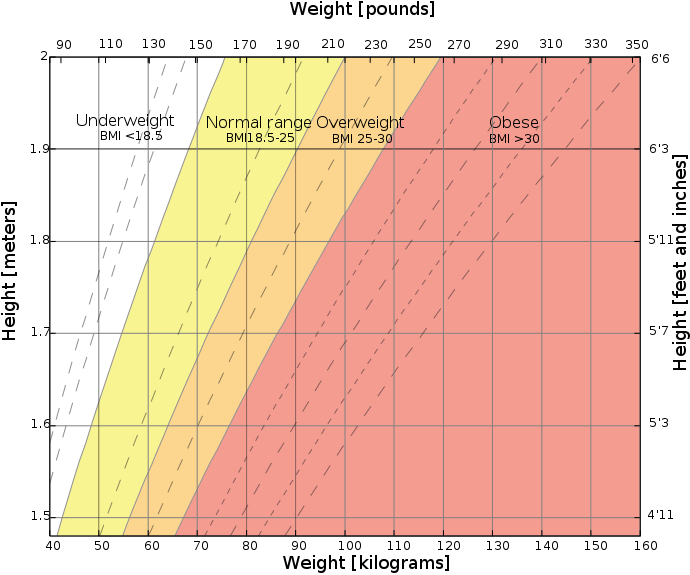 A treatment by food, including nutritional restoration and weight normalization.

Cognitive behavioral therapy is a form of psychotherapy  which is used to treat a number of mental disorders.

A physical, mental, and spiritual practice or discipline which originated in India.

A practice where an individual trains the mind or induces a mode of consciousness. 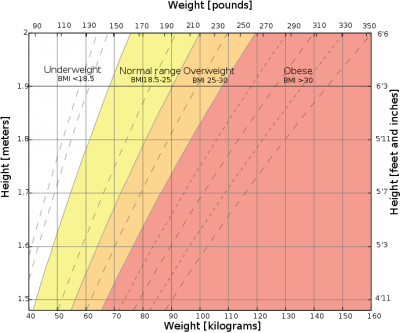 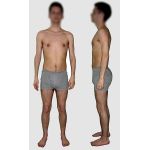 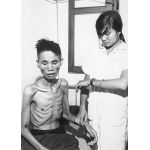 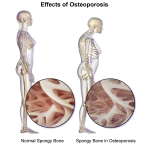