Vaginosis is an infection of the vagina. It is the most common genital tract infection in women during their reproductive years. BV is defined by the disequilibrium in the vaginal microbiota with decline in the number of lactobacilli (bacteria of the lactic acid bacteria group). While the infection involves a number of bacteria, it is believed that most infections start with Gardnerella vaginalis creating a biofilm which allows other opportunistic bacteria to thrive. However, it is certain that BV involves the presence of a thick vaginal multi-species biofilm, where G. vaginalis is the predominant species (Pic. 1). Consequently vaginosis or other factors such as allergens, may develop vaginitis (an inflammation of the vagina). One of the main risks for developing BV is douching, which alters the vaginal flora.

Diagnosis is suspected based on the symptoms and may be verified by testing the vaginal discharge and finding a higher than normal vaginal pH and large numbers of bacteria.

Treatment is typically with the antibiotics metronidazole or clindamycin. They can be either given by mouth or applied inside the vagina. Metronidazole is unable to fully eradicate the vaginal biofilm, which can explain the high recurrence rates of BV. Furthermore, antibiotic therapy can also cause a negative impact on the healthy vaginal microflora. Other antibiotics that may work include macrolides, lincosamides, nitroimidazoles, and penicillins.

Recurrence rates are increased with sexual activity with the same pre-/posttreatment partner and inconsistent condom use although estrogen-containing contraceptives decrease recurrence.

Further, there are complications which lead to daily discomfort such as:

The use of alcohol, tobacco, and illegal drugs was found be associated with vaginosis. However, it should be interpreted as an indirect risk factor for vaginosis, since the use of these substances is usually related to practices such as irregular condoms use and poor genital hygiene, that foster the development of this condition.

Prevention of bacterial vaginosis includes healthy diets and behaviors as well as minimizing stress as all these factors can affect the pH balance of the vagina. Some steps suggested to lower the risk include: not douching, avoiding sex, or limiting the number of sex partners.

One review concluded that probiotics may help prevent re-occurrence.

Vaginal infection in female reproductive system, can profoundly affect all the phases of a woman’s life in relation to the period of pre-pregnancy, fertilization, pregnancy, and reproduction. The itchiness and irritation of infection causes of aversion to sex.

It has been demonstrated that BV is the most common lower genital tract disorder among women of reproductive age. Pregnant women with BV have a higher risk of chorioamnionitis (an inflammation of the fetal membranes), premature rupture of membranes, and postpartum endometritis (an inflammation of the endometrium). Women with BV who are treated with vitro fertilization have a lower implantation rate and higher rates of early pregnancy loss.

Vaginal infection can indicate dysbalance in vaginal pH. This means it will be more difficult for sperm to reach the egg during efforts to conceive. Infections in the vagina can also reduce the amount or quality of cervical mucus. It can make it difficult for women to get pregnant.

Detection of pathological vaginal discharge is important to prevent complications of underlying diseases which can severely compromise women’s health and survival.

Early diagnosis and treatment are crucial for preserving fertility. Long-standing vaginosis can lead to pelvic inflammatory disease (PID), complications of pregnancy, including premature rupture of membranes or endometritis (an inflammation of the endometrium). PID can cause scarring and damage which can increasing the risk of the inability to get pregnant. Endometritis is also a relatively common cause of infertility.

Vaginosis may be return, but treatment usually helps. 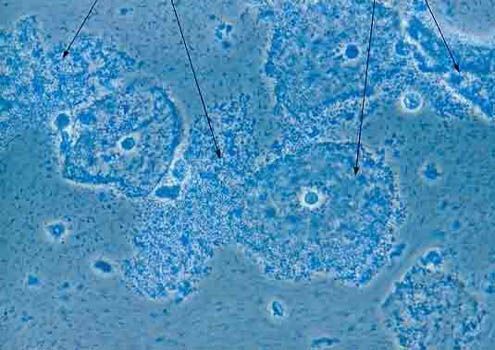 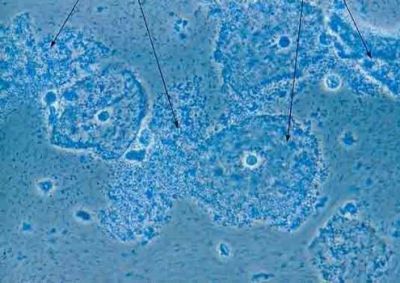