A vasectomy (Pic. 1) is an operation designed to sterilise a man by cutting the tubes that allow sperm to leave the testicles. During the procedure, the male vas deferens (a tiny muscular tube in the male reproductive system that carries sperm from the epididymis to the ejaculatory duct) are severed and then tied/sealed.

There are several methods by which a surgeon might complete a vasectomy procedure, all of which occlude (i.e. "seal") at least one side of each vas deferens.

These types of surgery are performed:

Due to the simplicity of the surgery, a vasectomy usually takes less than thirty minutes to complete. After a short recovery at the doctor's office (usually less than an hour), the patient is sent home to rest. Because the procedure is minimally invasive (Pic. 2), many vasectomy patients find that they can resume their typical sexual behavior within a week, and do so with little or no discomfort.

There are no associated diseases for this procedure.

Short-term possible complications include infection, bruising and bleeding into the scrotum resulting in a collection of blood known as a hematoma.

The primary long-term complications are chronic pain conditions or syndromes that can affect any of the scrotal, pelvic and/or lower-abdominal regions, collectively known as post-vasectomy pain syndrome.

Long-term postvasectomy pain is experienced at a frequency which ranges between 15% and 33% of vasectomy patients. Post-vasectomy pain syndrome is a chronic and sometimes debilitating genital pain condition that may develop immediately or several years after vasectomy. Because this condition is a syndrome, there is no single treatment method, therefore efforts focus on mitigating/relieving the individual patient's specific pain.

There is no risk factor for this condition. Men undergo this procedure on his own will and should think carefully if it is neccessary. This procedure is not irreversible, but reversal surgery has several complications.

Vsectomy is a procedure, which is required by the patient. If men is considering to have a child in the future, he should think about other options of contraception.

There is possibility of vasectomy reversal surgery to restore the ability to concieve.

Vasectomy is a procedure, which is used to prevent sperms to enter the ejaculate by cutting the tubes that allow sperms to leave the testicles. After the procedure, there are no sperms, which can be delivered to female genital tract, so the conception is not possible.

It is advised that all men having a vasectomy consider freezing some sperm before the procedure.
The cost of cryopreservation (sperm banking) itself may also be substantially less (approximately every five years) than alternative vaso-vasectomy procedure(s).

Vasectomy success is usually assumed when one or two post-vasectomy semen analyses show azoospermia or when only very rare non-motile sperm are observed, otherwise failure of adequate vas occlusion is implied. Failure can be attributed to surgical errors such as cutting a structure other than the vas, repeating the vasectomy twice on the same vas, or, very rarely, by overlooking a congenital duplication of the vas. However, most vasectomy failures are presumed to result from recanalization of the severed vas.

Vasectomy reversal is an option for couples interested in fertility after vasectomy. Vasectomy reversal has been reported to have some cost-benefits related to use of assisted reproductive technology (ART). There are, however, additional factors that must be considered prior to vasectomy reversal. The availability of a trained microsurgeon must certainly be taken into consideration. Without a microsurgeon skilled in both vasovasostomy as well as vasoepididymostomy available to perform the procedure, vasectomy reversal should not be undertaken and couples may be better served with sperm retrieval and in vitro fertilization (IVF).

It can take up to two years for sperm to return to the ejaculate after vasectomy reversal, at least this much time must be factored into the equation that determines a couple's likelihood of pregnancy through natural conception. The not inconsequential number of couples who fail their initial attempt at vasectomy reversal and require a reoperation will also have more years of waiting added to their reproductive timelines, as will the couples who have secondary stricture of the anastomosis (a connection between two structures in the body) who then require revision.

Although the urge to satisfy a couple's request for a vasectomy reversal is understandable, blindly performing the procedure first without the appropriate evaluation or consideration of the option of sperm retrieval/IVF is not appropriate. For the male fertility expert counseling a couple interested in fertility after vasectomy, sperm retrieval with IVF is the preferred option. Even if vasectomy reversal is initially attempted, the vast majority of couples will require IVF. 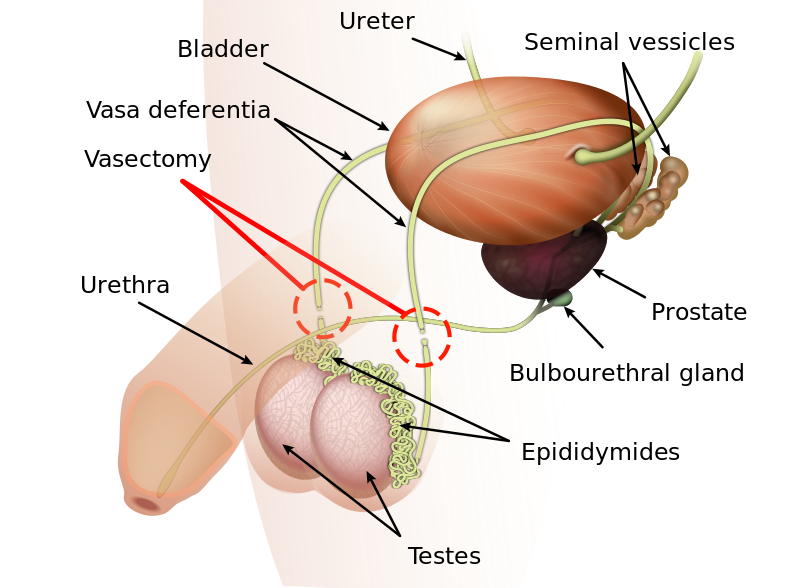 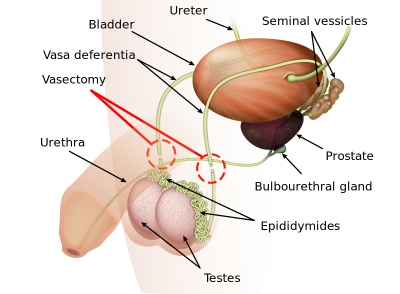 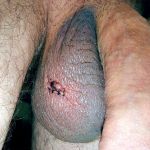