Sperm morphology is unique among the known cells and 3 major parts can be immediately distinguished: head, midpiece and tail. Normal sperm exhibit an oval-shaped head with a regular outline and a cap (acrosome) covering more than one-third of the head surface. The midpiece is slender, less than one third of the width of the head, straight and regular in outline. The tail is slender, uncoiled and should present a regular outline. (Pic. 1)

Abnormal sperm morphology is classified as defects in the head, midpiece or tail of the sperm. (Pic. 2)

Head defects include large, small, tapered, pyriform (pear-shaped) (Pic. 3), round, and amorphous heads (formless), heads with a small cap area (<40% of the head area) and double heads, as well as any combination of these. Globozoospermia, where the sperm head appears small and round due to the failure of the acrosome to develop, is an example of a head defect.

Midpiece defects include 'bent' neck (where the neck and tail form an angle of greater than 90% to the long axis of the head) (Pic. 4), asymmetrical insertion of the midpiece into the head, a thick or irregular midpiece, an abnormally thin midpiece, as well as any combination of these.

Tail defects include short, multiple, hairpin, broken or bent (>90°) tails (Pic. 5), tails of irregular width, coiled tails, as well as any combination of these.

The causes of teratozoospermia are unknown in most cases. However, Hodgkin's disease (a type of blood cell tumor), coeliac disease, and Crohn's disease (a type of inflammatory bowel disease) may contribute in some instances. Lifestyle and habits (smoking, toxin exposure, etc.) can also cause poor morphology. Varicocele (an abnormal enlargement of the venous plexus in the scrotum) is another condition that is often associated with decreased normal forms (morphology).

In testing for teratozoospermia, sperms are collected, stained and analyzed under a microscope to detect abnormalities. (Pic. 6)

In undescended testicles, the development of sperm is demaged so sperm can have abnormal appearance. Higher risk is in cases of bilateral cryptorchidism.

Disorders such as Klinefelter syndrome or Kallmann syndrome, affect the semen quality and cause various degree of male infertility. It is due to disturbance in chromosome materials neccessary for creation of sperms.

The presence of abnormally-shaped sperm can negatively affect fertility by preventing transport through the cervix and/or preventing sperm from adhering to the ovum. Achieving a pregnancy may be difficult.

Teratozoospermia, may be treated by intracytoplasmic sperm injection (ICSI), injecting sperm directly into the egg. Once the egg is fertilized, abnormal sperm morphology does not appear to influence embryonal development. Even with severe teratozoospermia, microscopy can still detect the few sperm cells that have a "normal" morphology, allowing for optimal success rate.

Sperm morphology is an important semen parameter, and is considered to be a reliable index of the quality of spermatogenesis and subsequent fertility.

Sperm morphology affects fertility because sperm have to be a certain shape to be able to penetrate an egg. Defects in the shape of the sperm neck or tail can affect movement; while defects in the sperm head can affect the sperm’s ability to bind to and fertilize the egg.

Previous studies have documented a relationship between abnormal sperm morphology and fertility potential. The cut-off value for the normality of sperm morphology is 4% according to the last version of the World Health Organization (WHO) criteria.

It is important to remember that if an egg is fertilized with an abnormal ‘looking’ sperm it doesn’t increase the chance of potential birth defects in any resulting children. In addition, morphology alone doesn't indicate if men are fertile or not. 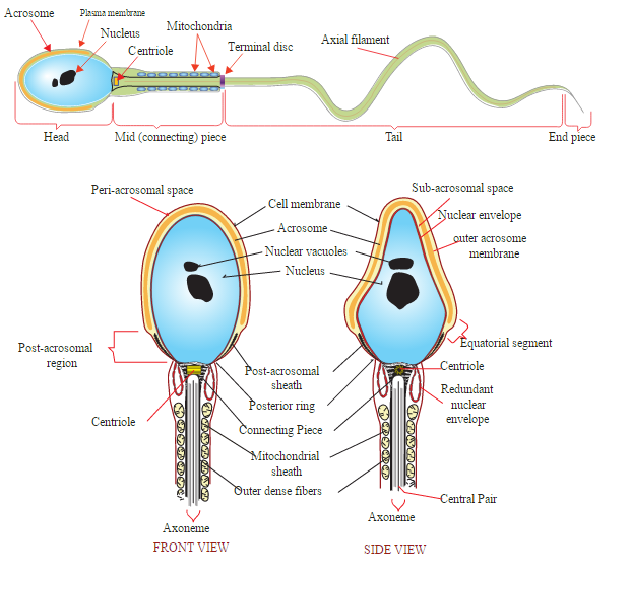 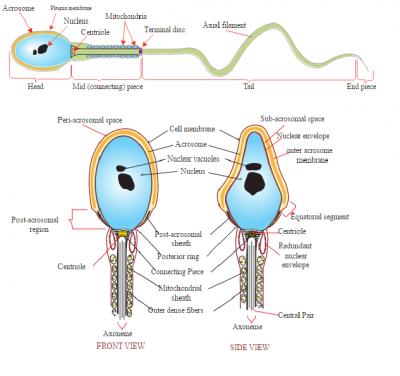 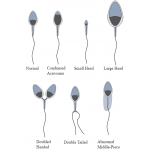 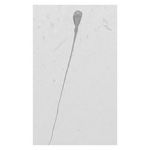 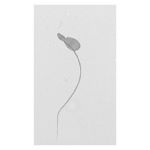 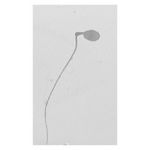 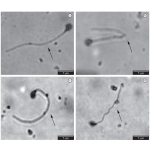