A decrease in number of red blood cells or less than the normal quantity of hemoglobin in the blood resulting in low oxygen levels in body tissues.

Anemia is defined as a decrease in the concentration of circulating red blood cells (Pic. 1) or in the hemoglobin (a molecule carrying oxygen inside red blood cells) concentration and a concomitant impaired oxygen-carrying capacity in order to meet the body's physiologic needs. Specific physiologic needs vary with a person's age, gender, altitude of residence, smoking behavior and in different stages of pregnancy.

Because hemoglobin normally carries oxygen from the lungs to the tissues, anemia leads to hypoxia (lack of oxygen) in organs. Since all human cells depend on oxygen for survival, varying degrees of anemia can have a wide range of clinical consequences (Pic. 2).

Anemia goes undiagnosed in many people, as symptoms can be minor or vague (Pic. 3). The signs and symptoms can be related to the anemia itself, or the underlying cause. Most commonly, people report non-specific symptoms of a feeling of weakness, or fatigue, general malaise, and, sometimes, poor concentration. They may also report dyspnea (shortness of breath) on exertion.

In very severe anemia, the body may compensate for the lack of oxygen-carrying capability of the blood by increasing cardiac output. This would result in symptoms such as palpitations (heart skipps a beat or adds an extra beat), angina (if preexisting heart disease is present), intermittent claudication (muscle pain) of the legs, and symptoms of heart failure.

There are several kinds, produced by a variety of underlying causes. It can be classified in a variety of ways, based on the morphology of RBCs, underlying etiologic mechanisms, and discernible clinical spectra, to mention a few.

The causes of anemia may be classified as impaired red blood cell (RBC) production, increased RBC destruction (hemolytic anemias), blood loss and fluid overload (hypervolemia). Several of these may interplay to cause anemia eventually. Indeed, the most common cause of anemia is blood loss, but this usually does not cause any lasting symptoms unless a relatively impaired RBC production develops, in turn most commonly by iron deficiency.

Iron Deficiency Anemia is the most common type of anemia overall and it has many causes (Pic. 4). Iron is an essential part of hemoglobin, and low iron levels result in decreased incorporation of hemoglobin into red blood cells. It is due to insufficient dietary intake or absorption of iron to meet the body's needs. There are considerable variations in clinical manifestations, making early diagnosis challenging (Pic. 5).

Anemia is typically diagnosed on a complete blood count. Apart from reporting the number of red blood cells and the hemoglobin level, the automatic counters also measure the size of the red blood cells by flow cytometry, which is an important tool in distinguishing between the causes of anemia.

Examination of a stained blood smear (Pic. 6) using a microscope can also be helpful and is sometimes a necessity in regions of the world where automated analysis of size of red blood cells is less accessible. Reticulocyte (an immature red blood cell) counts, and the "kinetic" approach to anemia, have become more common than in the past. This is a quantitative measure of the bone marrow's production of new red blood cells.

Certain groups of individuals, such as pregnant women, benefit from the use of iron pills for prevention. Dietary supplementation, without determining the specific cause, is not recommended. The use of blood transfusions is typically based on a person's signs and symptoms. In those without symptoms, they are not recommended unless hemoglobin levels are less than 60 to 80 g/L (6 to 8 g/dL). These recommendations may also apply to some people with acute bleeding. Erythropoiesis-stimulating medications are only recommended in those with severe anemia.

Anemia is the most common disorder of the blood, affecting about a quarter of the people globally. Anemia increases costs of medical care and lowers a person's productivity through a decreased ability to work.

Adenomyosis is a benign condition of the uterus, defined by the presence of endometrial glands and stroma within the myometrium (a layer of connective tissue that varies in thickness according to hormonal influences). One of the most common symptom, heavy menstrual bleeding (40-60%), which is more common with in women with deeper adenomyosis. Blood loss may be significant enough to cause anemia, with associated symptoms of fatigue, dizziness, and moodiness.

Uterine fibroids are the commonest uterine tumors, with an estimated incidence of 20%–40% in women during their reproductive years. They occur when muscular tumors grow in the uterus. While they’re not usually cancerous, they can commonly cause heavy menstrual bleeding that can lead to iron deficiency anemia. 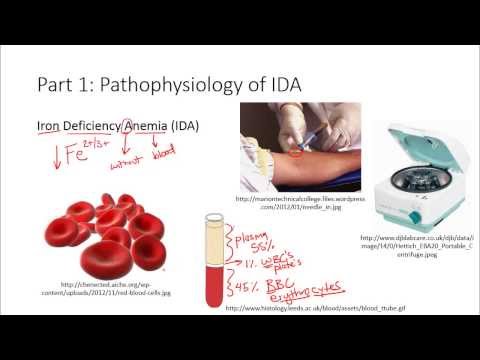 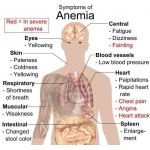 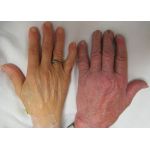 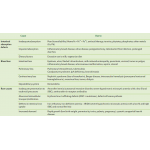 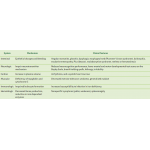 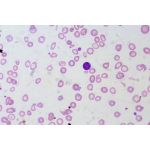