Cardiovascular disease (CVD) is an umbrella term for any disease affecting the heart and the blood vessels, including coronary artery disease (such as myocardial infarction, Pic. 1), heart failure, heart arrhytmias, cerebrovascular accidents, peripheral artery disease, thromboembolism and many others. Cardiovascular disease (CVD) remains the leading cause of mortality worldwide, resulting in 18 million deaths each year. Nearly 80% of the incidence of cardiovascular diseases worldwide could be prevented with healthier lifestyle and CVD risk factor reduction (smoking, hypertension, diabetes, dyslipidemia and obesity).

The exact cause of cardiovascular disease depends on the specific form of the disease. Atherosclerosis, a degenerative process in the walls of arteries, leading to their narrowing and increased rigidity, is responsible for many specific forms of CVD, mainly coronary artery disease, peripheral artery disease and cerebrovascular accidents (stroke).

While the major risk factors of atherosclerosis are mostly modifiable lifestyle factors, such as hypertension (high blood pressure), obesity, smoking, poor diet, lack of exercise and diabetes, in some cases, atherosclerosis can be caused or at least accelerated by specific personal risk factors, like genetic disorders or hormonal factors. An important class of hormones affecting the process of atherosclerosis are estrogens, the primary female sex hormones. Therefore, women before their menopause are 2 to 5 times less likely to have cardiovascular disease than men of the same age. Following menopause, the risk of cardiovascular disease gradually evens up.

Ovariectomy (Pic. 2), also called oophorectomy is the surgical procedure which leads to removal of an ovary or ovaries. In humans, oophorectomy is most often performed because of diseases such as ovarian cysts or cancer; as prophylaxis to reduce the chances of developing ovarian cancer or breast cancer; or in conjunction with hysterectomy (removal of the uterus). Some cases require removal of other organs in small pelvis, such as Fallopian tubes or uterus. Women who have had bilateral (both-sided) oophorectomy surgeries lose most of their ability to produce the hormones estrogen and progesterone and subsequently enter what is known as "surgical menopause" (as opposed to normal menopause, which occurs naturally in women as part of the aging process). When the ovaries are removed, a woman is at a seven times greater risk of developing cardiovascular disease.

Turner's syndrome is a genetic disorder that affects only females. Turner syndrome is caused by a chromosomal abnormality in which all or part of one of the X chromosomes is missing or altered. Turner syndrome patients usually have an early loss of ovarian function and menstrual cycle. Due to the loss of ovarian function, many girls do not start their periods or develop breasts. Estrogen levels are low in women with Turner syndrome, and several risk factors of atherosclerosis have been observed to occur more frequently in Turner syndrome patients. Moreover, they commonly have various congenital (present-at-birth) heart defects and they commonly develop hypertension, diabetes and kidney disease, which all contribute to the risk of cardiovascular disease. 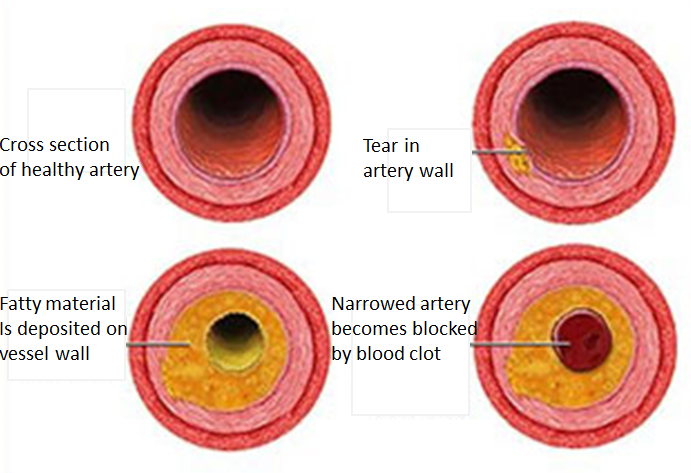 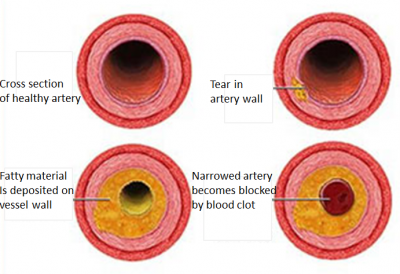 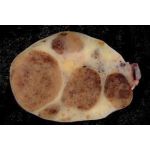