A condition of low serum levels of estrogen.

About Decreased level of estrogens

Low level of estrogen refers to a lower than normal level of estrogens, the primary female sex hormones ( i.e.estradiol, estrone and estriol) . While estrogen levels (Pic. 1) varies with woman’s age, the average value is about 150 pg/mL (picogram per mililiter). In case of 10-20 pg/mL we speak about low levels of estrogen.

Function and production of estrogen

Estrogen is the primary female sex hormone, which serves to develop secondary sexual characteristics such as breasts, endometrium, and is crucial in the regulation of menstrual cycle. It is the dominant hormone in the first half of the menstrual cycle, preceding ovulation. However, males too contain estrogen in lower quantities.
Production of estrogen occurs primarily in the ovaries, more specifically in the granulosa cells of ovarian follicles – small sac-like structures containing oocytes (Pic. 2). Estrogen secretion is stimulated by another hormone, the luteinizing hormone (LH). Estrogen is also produced, in smaller quantities, in the liver, adrenals glands, fat cells and the breasts.

Diagnosis of low estrogen levels is simple, and is based on the estrogen concentration in the serum from a blood sample.

Physical signs and symptoms that can indicate low estrogen levels affect many bodily functions, and include:

Hormone replacement therapy (HRT) with estrogen can be used to treat hypoestrogenism both in premenopausal and postmenopausal women. The dose and duration of HRT should be consistent with treatment goals and individualized. Estrogen should be combined with progestins (hormones regulating the second half of menstrual cycle and responsible for maintaining pregnancy), to counter estrogen’s potential adverse effects on tissue proliferation and increased risk of certain cancers. Local estrogen therapy is preferred for women whose symptoms are limited to vaginal dryness or discomfort associated with intercourse; estrogens should be given in small doses.

Low estrogen levels are, apart from childhood, perimenopause (the period directly preceding and following menopause) and postmenopausal state (when the woman’s menstrual cycle has definitely ceased), associated with various conditions, including:

Estrogen production can, among other causes, be supressed by higher levels of prolactin (hyperprolactinemia), the hormone responsible for lactation. Prolactin is produced mainly in the pituitary gland and supresses the physiologically cyclic secretion of estrogen, leading to cessation of menstrual cycle. This situation is physiological during pregnancy and breastfeeding, but may occur also for pathological reasons.

Hyperprolactinemia is the most common disorder of the hypothalamic-pituitary axis (functional unit comprising the pituitary and the hypothalamus, two parts of the brain that regulate most of the body’s hormonal functions).

Apart from physiological causes (pregnancy, breastfeeding, sleep and conditions of increased stress), hyperprolactinemia may be caused by a prolactinoma, a benign tumour of the pituitary (also called adenoma, and depending on the size a microadenoma or a macroadenoma) (Pic. 3), certain medications (antipsychotics, drugs affecting the intestinal motility) or it can be idiopathic (without a known cause).

Low level of estrogen is commonly found in women who have absent menstrual periods. Amenorrhea is a complex syndrome with many possible causes. Primarily, amenorrhea is divided into primary and secondary. Primary amenorrhea is the absence of menstrual cycle at the age of 15 in a girl that has never menstruated before. Secondary amenorrhea is the cessation of menstrual cycle in a woman with a history of menstrual periods. The diagnosis of the cause of amenorrhea requires exclusion of morphological abnormalities of the genital tract, and complex hormonal profile. Possible causes include polycystic ovary syndrome (a complex endocrine and reproductive disorder, characterized by elevated levels of male sex hormones, anovulation, and commonly, obesity) hypothalamic or pituitary conditions, hyperprolactinemia, ovarian failure, uterine dysfunction or various metabolic disorders.

Hypogonadotropic hypogonadism is a a condition of low sex hormones production (therefore, leading to low estrogen levels in women) caused by low gonadotropin levels, therefore associated with a dysfunction of the hypothalamic-pituitary axis which regulates the activity of the ovaries. A typical example of hypogonadotropic hypogonadism is Kallman syndrome. This is a genetic condition causing a failure in ssecretion of gonadotropin-releasing hormone (GnRH) from the hypothalamus, therefore inhibiting gonadotropin secretion and sex hormone production. Affected girls have low estrogen levels, delayed or absent puberty and absent sense of smell, which is a typical sign of Kallman syndrome.

Premature ovarian failure (POF) is defined as either a primary ovarian defect characterized by absent menarche (primary amenorrhea) or premature depletion of ovarian follicles before the age of 40 years with subsequent cessation of menstrual cycle (secondary amenorrhea). Hormonally, POF is defined by abnormally low levels of estrogen and high levels of FSH (follicle stimulating hormone) which demonstrate that the ovaries are no longer responding to circulating FSH by producing estrogen and developing fertile eggs. The ovaries will likely appear shriveled. It has been estimated that POF affects 1% of the female population.The age of onset can be as early as the teenage years, or can even exist from birth, but varies widely. The cause of POF is usually unknown, but women affected with autoimmune diseases (ie. rheumatic arthritis, lupus erythematosus, autoimmune thyroiditis etc.) are known to be at increased risk of developing POF.

Decrease in estrogen causes a complex atrophy (death of cells, resulting in reduction of tissue mass) in all estrogen-dependent tissues, such as the breast gland, uterus, vagina and urinary bladder and urethra. These changes often lead to an increased incidence of urinary incontinence and urinary infections in postmenopausal women. Other common complaints include vaginal dryness and therefore painful sexual intercourse (dyspareunia). Local vaginal administration of estrogen is effective in improving the vaginal lubrication as well as a supplementary treatment of urinary incontinence.

Low levels of estrogen are associated with reduced bone density, leading to the condition of osteoporosis, which is common in postmenopausal women, but also women of fertile age who suffer from amenorrhea are at an increased risk of developing osteoporosis later in life. Osteoporosis causes more frequent bone fractures, including compressive fractures of the vertebral column.

Low estrogen levels have been associated with some cases of scoliosis, the condition in which the patient’s spine has an abnormal sideways curve. Scoliosis is more prevalent in females, often starting in puberty or even prepubescent age. However, still about 65% of scoliosis cases are idiopathic (without a known cause). 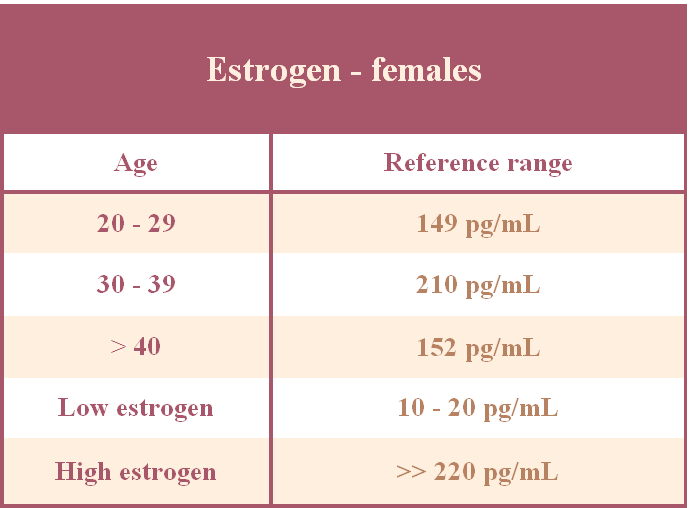 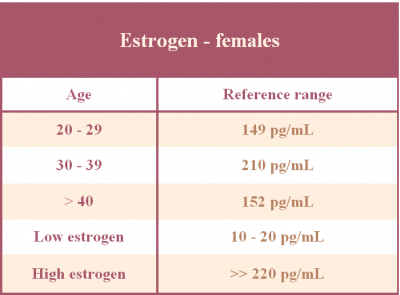 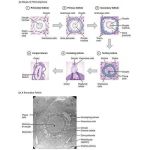 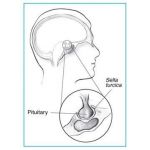