The onset of puberty before the average age in girls (8 years).

About Early puberty for girls

Early puberty or precocious puberty in girls is defined by the development of sexual characters before the age of 8 years.

In girl, the first sign of puberty is enlargement of breasts (Pic. 1). Precocious breast development is usually due to the premature activation of the hypothalamo-pituitary-ovarian axis (plays a critical part in the development and regulation of a number of the body's system). Precocious puberty is associated with advancement in bone age, which leads to early fusion of epiphyses, thus resulting in reduced final height and short stature. Precocious puberty can make a child fertile when very young.

It has to be distinguish between isosexual and heterosexual and between central and peripheral precocious puberty early puberty.

If the cause can be traced to the hypothalamus or pituitary, the cause is considered central. Other names for this type are complete or true precocious puberty.

Early activation of the hypothalamic-pituitary-gonadal axis in true central precocious puberty (TCPP) is mostly idiopathic (unknown cause), especially in girls. However TCPP may be secondarily related to brain tumors (hamartoma especially), brain infections, congenital brain defects, cranial irradiation, insults and injuries to the brain or spinal cord (including cerebral palsy, hydrocephalus and brain ischemia). Moreover TCPP has been widely described in association with learning disability syndromes, including Angelman (a genetic disorder that affects the nervous system and causes severe physical and intellectual disability), Kabuki syndrome (a congenital mental retardation syndrome with additional features) and other genetic conditions in which mental retardation is a key clinical feature.

Central early puberty is diagnosed by the symptoms. It is always isosexual, the bone age is advancement and levels of luteinizing hormone (LH) and follicle stimulating hormone (FSH) are higher.

Secondary sexual development induced by sex steroids from other abnormal sources is referred to as peripheral precocious puberty or precocious pseudopuberty. It typically presents as a severe form of disease with children. Symptoms are usually as a sequelae from adrenal insufficiency (because of 21-hydroxylase deficiency or 11-beta hydroxylase deficiency, the former being more common), which includes but is not limited to hypertension, hypotension, electrolyte abnormalities, ambiguous genitalia in females, signs of virilization (changes that make a male body different from a female body) in females. Peripheral early puberty can be isosexual and also heterosexual, very often the bone age is also advancement and women are shorter than avarage. Blood tests will typically reveal high level of androgens with low levels of cortisol.
It may also correspond to premature thelarche, which is defined by non-pathological isolated early breast development – generally during the first two years of life.

Early puberty in girls is associated with several conditions, which have impact on fertility such as ovarian follicular cysts, endometriosis, polycystic ovary syndrome (PCOS), ovarian cancer and uterine fibroids.

Small follicular cysts are commonly found in the ovaries of prepubertal girls, and in most cases, they are of no clinical importance. These cysts are usually self-limiting and resolve spontaneously. However, occasionally, these cysts may enlarge and continue to produce estrogen, resulting in signs of sexual precocity.

Endometriosis is a condition in which the layer of tissue that normally covers the inside of the uterus, grows outside it.
Early puberty in girls can be one of the signs of development of endometriosis.

Endometriosis can cause infertility. In endometriosis, there is a risk of female infertility of up to 30% to 50%. The abnormal growth of endometrial tissue with each female hormonal cycle causes adhesions and scars from forming in the organs where it is. This, in the case of the female reproductive organs can be fatal for the smooth passage of the ovum to the uterus.

Polycystic ovaries develop when the ovaries are stimulated to produce excessive amounts of male hormones (androgens), in particular testosterone. The syndrome acquired its most widely used name due to the common sign on ultrasound examination of multiple (poly)ovarian cysts.

PCOS may occur in girls as young as 11 years old with early onset of pubarche and thelarche.

Not all women with PCOS have difficulty becoming pregnant. For those who do, anovulation is a common cause. Anovulation is a state, when there is no egg released during ovulation, thus there the conception is not possible without an egg to be fertilised.

If the ovary has to be removed due to ovarian cancer, there is lower possibility of natural conception. If the removal is necessary on both sides, women became sterile, and the only option is egg donation or surrogate.

Uterine fibroids are the most common benign smooth muscle tumors of the uterus encountered in women of reproductive age.

Early age of menarche is also a risk factor for uterine fibroids and other hormonally mediated conditions. The biological mechanisms are not understood.

In cases of intercurrent uterine fibroids in infertility, a fibroid is typically located in a submucosal position and it is thought that this location may interfere with the function of the lining and the ability of the embryo to implant. Also larger fibroids may distort or block the fallopian tubes. 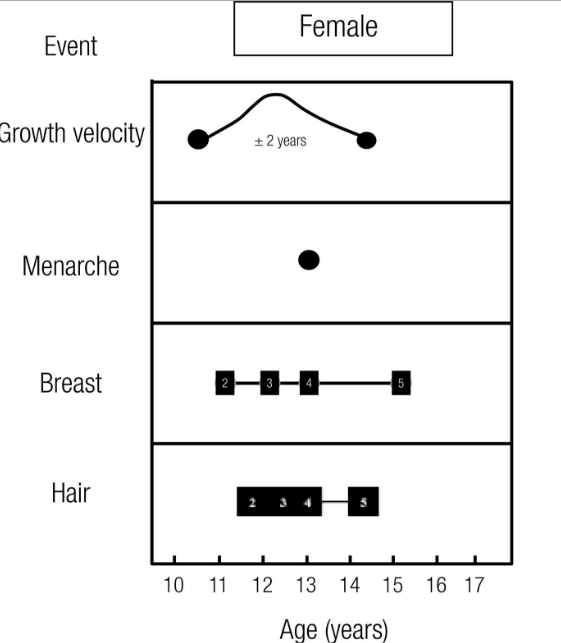 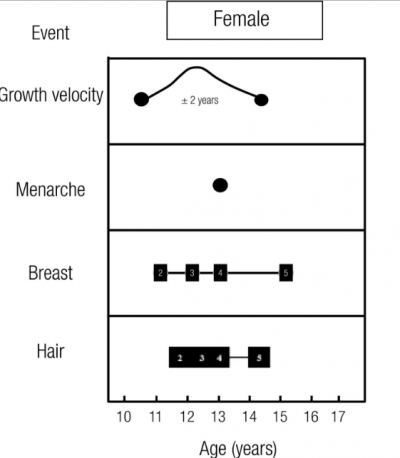