The onset of puberty before the average age in boys (9 years).

About Early puberty in boys

Early puberty or precocious puberty in boys is defined by the development of sexual characters before the age of 9 years. In response to testosterone, boys present testicular, penile, and cricoid cartilage growth (leading to voice change), facial hair development, changes in body fat distribution, and increase in muscle mass (Pic. 1). In 40% of the boys, transient pubertal gynecomastia (a common disorder of the endocrine system in which there is a non-cancerous increase in the size of male breast tissue) may occur. In boys, testicular development is often indicative of activation of the HPG axis (hypothalamic–pituitary–gonadal axis), whereas in peripheral puberty (increased production of sex steroids, causing the typical physical changes of puberty, in the absence of reactivation of the hypothalamic-pituitary axis), penile growth occurs without concomitant testicular development, or the size of the testis is disproportional to the virilization of the genitalia.

Precocious puberty is associated with advancement in bone age, which leads to early fusion of epiphyses ( the rounded end of a long bone), thus resulting in reduced final height and short stature. Precocious puberty can make a child fertile when very young.

Generally, patients with precocious puberty develop phenotypically appropriate secondary sexual characteristics (in males, testosterone directly increases size and mass of muscles, vocal cords, and bones, deepening the voice, and changing the shape of the face and skeleton). This is called isosexual precocity.

Sometimes a patient may develop in the opposite direction. A male may have enlarged breasts (gynecomastia) (Pic. 2), hypogenitalism and eunuchoid appearance (lacking fully developed male genitalia or other sex characteristics.). This is called heterosexual precocity. It is very rare in comparison to isosexual precocity and is usually the result of only unusual circumstances.

Early sexual maturation in boys can be accompanied by increased aggressiveness due to the surge of hormones that affect them. Because they appear older than their peers, pubescent boys may face increased social pressure to conform to adult norms; society may view them as more emotionally advanced, despite the fact that their cognitive and social development may lag behind their appearance. Studies have shown that early maturing boys are more likely to be sexually active and are more likely to participate in risky behaviours.

It has to be distinguish between central and peripheral precocious puberty and between isosexual and heterosexual early puberty.

If the cause can be traced to the hypothalamus or pituitary, the cause is considered central. Other names for this type are complete or true precocious puberty.

Early activation of the hypothalamic-pituitary-gonadal axis in true central precocious puberty (TCPP) is mostly idiopathic (any disease with unknown pathogenesis of apparently spontaneous origin). However TCPP may be secondarily related to brain tumors (hamartoma especially), brain infections, congenital brain defects, cranial irradiation, insults and injuries to the brain or spinal cord (including cerebral palsy, hydrocephalus and brain ischemia). Moreover TCPP has been widely described in association with learning disability syndromes, including Angelman, Kabuki make-up syndrome (a pediatric congenital disorder of suspected genetic origin with multiple congenital anomalies and intellectual disabilities) and other genetic conditions in which mental retardation is a key clinical feature.

Secondary sexual development induced by sex steroids from other abnormal sources is referred to as peripheral precocious puberty or precocious pseudopuberty. It typically presents as a severe form of disease with children. Symptoms are usually as a sequelae from adrenal insufficiency (a condition in which the adrenal glands do not produce adequate amounts of steroid hormones), which includes but is not limited to hypertension (high blood pressure), hypotension (low blood pressure) and electrolyte abnormalities. Peripheral early puberty can be isosexual and also heterosexual, very often the bone age is also advancement and men are shorter than avarage. Blood tests will typically reveal high level of androgens (a hormone that stimulates or controls the development and maintenance of male characteristics) with low levels of cortisol.

Leydig cells, also known as interstitial cells of Leydig, are found adjacent to the seminiferous tubules in the testicle.

Leydig cell tumors are the most common hormone-secreting testicular tumors and are an unusual cause of precocious pseudopuberty in boys. Tumors are sex cord stromal tumors that arise from Leydig cells that produce testosterone. Testicular tumors are very rare during childhood and represent only 1% of all pediatric solid tumors. Leydig cell tumors represent 3–6% of testicular masses in prepuberal males, even though they are the most common hormone-secreting testicular tumors. Less than 25% have been described in boys aged between 5 and 10 years.). The clinical presentation of Leydig tumors is characterized by isosexual precocious pseudopuberty caused by increased production of androgens, mostly testosterone, and low gonadotropin levels. Surgical removalof the mass is usually curative with regression of signs, nevertheless the development of central precocious puberty after surgery can occasionally be observed. 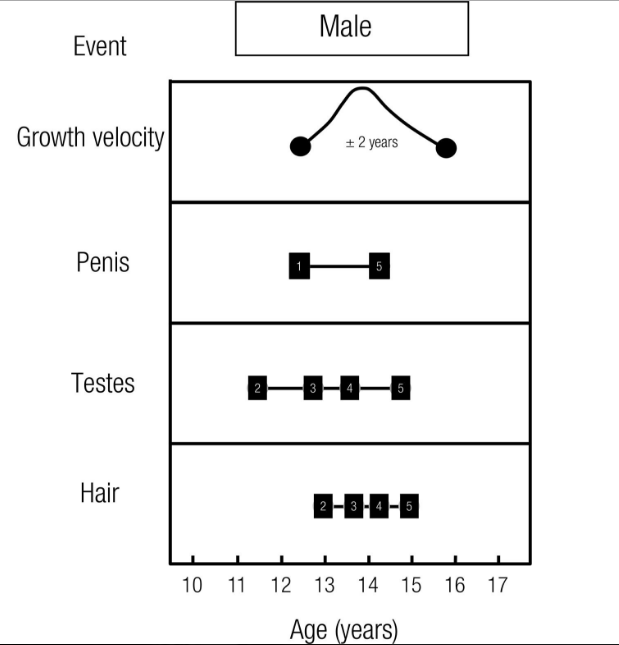 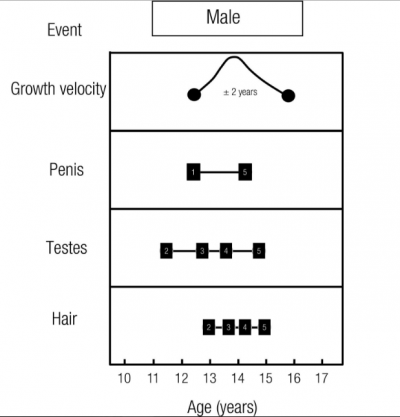 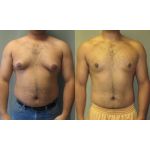