The excessive hairiness on women in those parts of the body where terminal hair normally is absent or minimal, such as a beard or chest hair.

About Excessive facial and body hair growth in women

The causes of hirsutism may be divided into:

Non-androgenic factors are relatively rare, while androgenic causes account for more than 80% of patients, and include polycystic ovary syndrome (PCOS), which affects about 70-80% of hirsute women.

Family history and physical exam are particularly important in evaluating excess hair growth in women, because there is no absolute clinical distinction between physiologic and pathologic hirsutism. The vast majority of women with hirsutism have the idiopathic variety, and diagnosis is made by exclusion.

Detailed history and physical exam often provide enough information to exclude pathologic causes of hirsutism. The modified Ferriman-Gallwey score is a qualitative tool for evaluating and quantifying hair growth in nine androgen-dependent areas in women (Pic. 2). This scoring system evaluates nine different body parts (upper lip, chin, chest, upper back, lower back, upper abdomen, lower abdomen, arm, and thigh), with scores ranging from zero (no excessive terminal hair growth visible) to four (extensive hair growth visible) for each body part evaluated. A maximum score of 36 is possible, but a score of ≥ 8 typically indicates hirsutism, as defined by the 95th percentile of data initially collected by Ferriman. This scoring system has limitations because of the somewhat subjective nature of the assessments and the difficulty of evaluating women who have cosmetically removed their hair.

Once hirsutism has been identified, it is prudent to search for other associated manifestations of androgen excess, including recalcitrant acne, female-pattern alopecia, and seborrhea (dermatitis presents with scaly, flaky, itchy, and red skin). More ominous signs of virilization (masculinization), including clitoromegaly (an abnormal enlargement of the clitoris), deepening voice, male-pattern alopecia (male-pattern hair loss), and loss of female body contour, should also be noted.

Hirsutism must be distinguished from hypertrichosis, which is characterized by increased hair growth in a generalized nonsexual distribution and is independent of androgens. Usually, hypertrichosis presents generalized or localized growth of vellus type (non-terminal) hair over the body.
Although most women seek medical attention for the inconvenience of the presence of hirsutism, clinical assessment is to determine if there is an endocrinologic disorder justifying it.

Treatment of hirsutism depends on the cause. It should be based on the degree of excess hair growth presented by the patient and in the pathophysiology of the disorder. Treatment includes lifestyle therapies, androgen suppression, peripheral androgen blockage, and cosmetic treatments.

Polycystic ovary syndrome (PCOS) is the most common cause of hirsutism, accounting for 70-80% of all cases and affecting 4-12% of reproductive-age women. The key findings for the diagnosis of PCOS are: hyperandrogenism, chronic anovulation and polycystic ovaries on ultrasound. However, other conditions may present with these manifestations, making differential diagnosis necessary.

An imbalance in the release of the luteinizing hormone (LH) and the follicle-stimulating hormone (FSH) from the pituitary has been implicated in the pathogenesis of PCOS. In patients with PCOS, the LH:FSH ratio is altered and the secretion of LH is higher than that of FSH, resulting in increased androgen production by theca cells and in anovulatory cycles. However, recent studies have shown that changes in LH levels are a secondary and not primary event. Excess androgen levels alter the regulation of female hormones, resulting in increased estrogen levels, menstrual irregularities and infertility.

Increased estrogen levels and little or no progesterone activity due to PCOS result in endometrial hyperplasia. This condition is referred as a condition of excessive proliferation of the cells of the endometrium, or inner lining of the uterus. 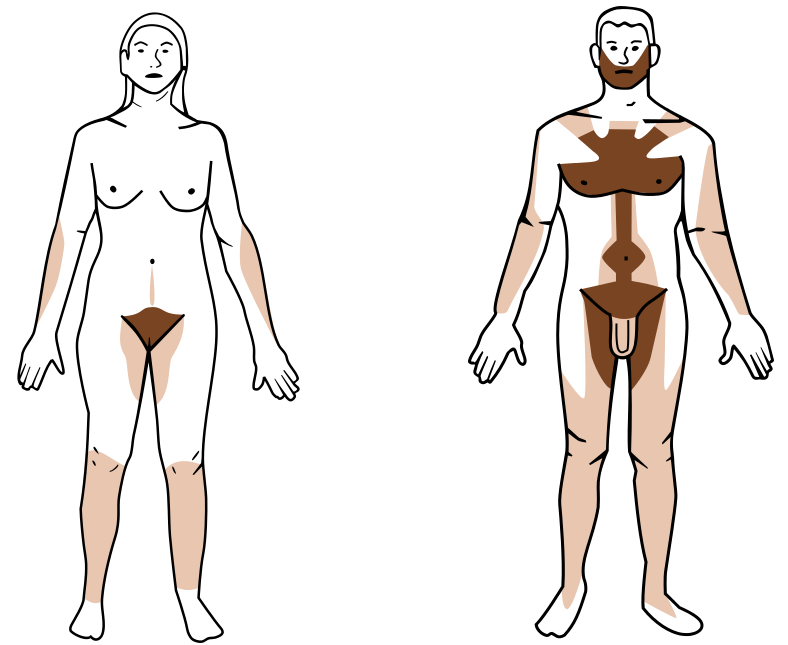 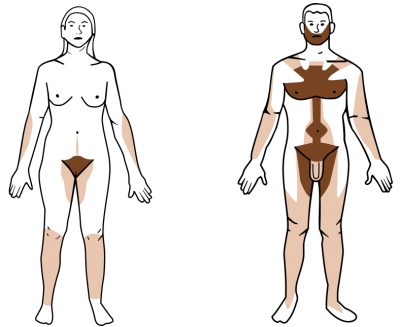 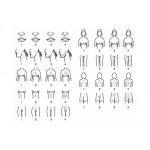