A temperature above the normal range due to an increase in the body's temperature set-point.

The definition of a fever varies considerably by population and thermometer, and is commonly defined by a temperature of 38.0 °C or greater.
Terms such as hyperthermia, pyrexia, and fever are often used interchangeably (Pic. 1). However, strictly speaking hyperthermia refers to the elevation in body temperature that occurs without an increase in the hypothalamic set point, such as in response to specific environmental, pharmacologic, or endocrine stimuli. This elevated temperature in hyperthermia is therefore not responsive to pharmacologic anti-pyretic therapy (substances that reduce fever).
On the other hand, pyrexia and fever refer to the classical increase in body temperature that occurs in response to a vast list of infectious and noninfectious aetiologies in association with an increase in the hypothalamic set point. As such, the elevated body temperature in patients with pyrexia responds to pharmacologic anti-pyretic therapies.
Fever is generally agreed to be present if the elevated temperature is caused by a raised set point and:
A wide range for normal temperatures has been found. Central temperatures, such as rectal temperatures, are more accurate than peripheral temperatures.
In healthy adult men and women, the range of normal, healthy temperatures for oral temperature is 33.2–38.2 °C (91.8–100.8 °F – (a temperature scale which uses the degree Fahrenheit as the unit) for rectal it is 34.4–37.8 °C (93.9–100.0 °F), for tympanic membrane (the ear drum) it is 35.4–37.8 °C (95.7–100.0 °F), and for axillary (the armpit) it is 35.5–37.0 °C (95.9–98.6 °F).
Normal body temperatures vary depending on many factors, including age, sex, time of day, ambient temperature, activity level, and more. A raised temperature is not always a fever. For example, the temperature of a healthy person rises when he or she exercises, but this is not considered a fever, as the set-point is normal. On the other hand, a "normal" temperature may be a fever, if it is unusually high for that person. For example, medically frail elderly people have a decreased ability to generate body heat, so a "normal" temperature of 37.3 °C (99.1 °F) may represent a clinically significant fever.
Hyperpyrexia is an extreme elevation of body temperature which, depending upon the source, is classified as a core body temperature greater than or equal to 40.0 or 41.0 °C (104.0 or 105.8 °F). Such a high temperature is considered a medical emergency, as it may indicate a serious underlying condition or lead to significant sequelae (i.e., adverse effects which result from this condition). The most common cause of hyperpyrexia is an intracranial hemorrhage. Other possible causes include sepsis, drug overdose, and thyroid storm. Infections are the most common cause of fevers; however, as the temperature rises other causes become more common. Infections commonly associated with hyperpyrexia include roseola, measles and enteroviral infections. Immediate aggressive cooling to less than 38.9 °C (102.0 °F) has been found to improve survival.
A fever is usually accompanied by sickness behavior, which consists of lethargy, depression, anorexia, sleepiness, hyperalgesia, and the inability to concentrate.
Treatment to reduce fever is generally not required. Treatment of associated pain and inflammation, however, may be useful and help a person rest. Medications such as ibuprofen or paracetamol may help with this as well as lower temperature.
Measures such as putting a cool damp cloth on the forehead and having a slightly warm bath are not useful and may simply make a person more uncomfortable. Children younger than three months require medical attention, as might people with serious medical problems such as a compromised immune system or people with other symptoms.
Fever is a symptom of several condition and some of them have impact on reproductive system. This diseases include, orchitis (inflammation of testes), prostatitis, mumps, pelvic inflammatory disease, and pyosalpinx (inflammation of fallopian tube).
Orchitis
Orchitis can be related to epididymitis infection that has spread to the testicles (then called "epididymo-orchitis"), sometimes caused by the sexually transmitted diseases chlamydia and gonorrhea. It has also been reported in cases of males infected with brucellosis (a highly contagious zoonosis caused by ingestion of unpasteurized milk or undercooked meat from infected animals). Orchitis can also be seen during active mumps, particularly in adolescent boys. A fever can be the first sign of an inflammation of the testilces.

Acute prostatitis is relatively easy to diagnose because it presents the general infection symptoms which may include: fever, chills, groin and lower back pain, issues during urination, and general body aches. The prostate is usually enlarged. Testing of urine samples reveals the presence of bacteria and white blood cells.

Mumps, also known as epidemic parotitis, is a viral disease caused by the mumps virus. Initial signs and symptoms often include fever, muscle pain, headache, and feeling tired. Complications may include painful testicular swelling which uncommonly results in infertility. Women may develop ovarian swelling but this does not increase the risk of infertility.

Pelvic inflammatory disease is infection of the upper genital tract (uterus, endometrium, fallopian tubes, ovaries) in women. The majority of PID is caused by ascending sexually-transmitted infections (STI). Neisseria gonorrhoea and Chlamydia trachomatis are the most commonly implicated pathogens (an infectious agent) in PID. The most frequent symptom are abdominal pain, followed by abnormal vaginal discharge. Other common symptoms are fever and/or chills and abnormal uterine bleedings. The complications of PID include infertility and ectopic pregnancy.

A pyosalpinx is one of the features of pelvic inflammatory disease and refers to the presence of pus in one of the fallopian tubes occurring as a consequence of an infection in the reproductive tract. Too much increase in pus within the fallopian tubes makes it swollen. The ramifications of this condition are important and include tubal infertility and ectopic pregnancy. A collection of pus in body generally causes elevation of the body temperature. 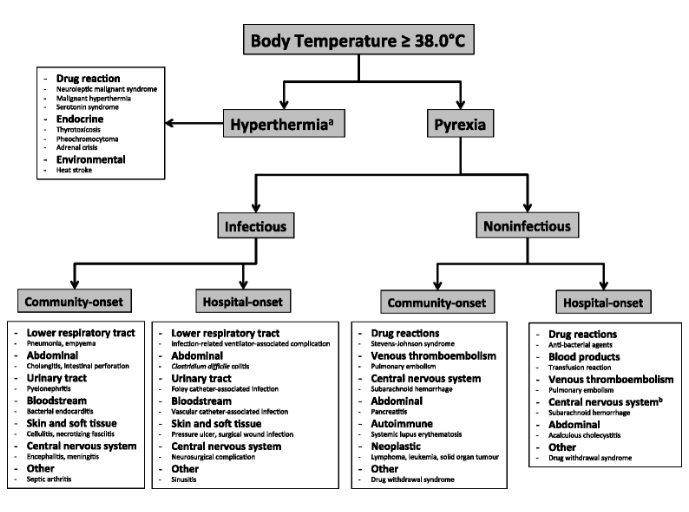 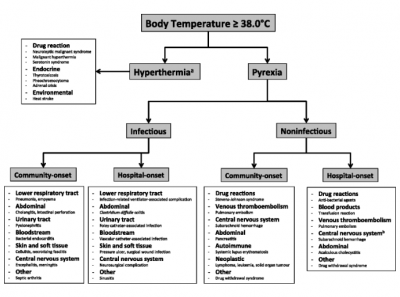