A hair loss that frequently occurs due to an underlying susceptibility of hair follicles to androgenic miniaturisation.

Hair loss, also known as alopecia or baldness, refers to a loss of hair from the head or body.

Baldness is the partial or complete lack of hair growth, and part of the wider topic of "hair thinning". The degree and pattern of baldness varies, but its most common cause is androgenic alopecia, alopecia androgenetica, or alopecia seborrheica.

Alopecia usually affects the hair of the scalp, but can also cause the loss of hair from the eyebrows, eyelashes, and body. The condition affects 0.1% – 0.2% of humans, occurring in both males and females. In 1–2% of cases, the condition can spread to the entire scalp or to the entire epidermis.

There are many types of hair loss, finding the cause can be challenging. Hair loss usually related to one or more of the following factors:

Anorexia is a compulsive anxiety disorder, and tends to manifest mostly in women with low self esteem, anxiety and perfectionist traits. Anorexia becomes a compulsion for control, with the control of food intake used as a coping method for otherwise difficult emotions and as a way to retain a sense of order and control over an uncontrollable world. Starvation disrupts many bodily functions and changes neurochemical balances. Malnutrition starvation means an inadequate amount of protein, fat, and other nutrients that produce hormones, especially female hormones. The body shuts down the reproductive system, partly because it is unsafe to bring a child into what seems like a famine outside. Menses (periods) become irregular and stop altogether. The body needs protein to live and will take it from muscle tissue, like the heart. There is often hair loss, a downy growth of hair all over the body, and loss of sex drive. The physical signs and symptoms of AN include tooth damage and intolerance of cold temperature.

Autoimmune thyroid disease is one of the commonest autoimmune diseases, affecting 2-4% of women and 1% of men.

Hypothyroidism is a common disorder of the endocrine system in which the thyroid gland does not produce enough thyroid hormone. In hypothyroidism, hair can be dry, coarse, brittle and slow growing. There is both patchy and diffuse loss of scalp hair, a very characteristic loss of the outer third of the eyebrow (madarosis), and diminished body hair. Pubic and axillary hair may be sparse. The alopecia connected to hypothyroidism may be mediated by hormone effects on the initiation as well as the duration of hair growth.

Amenorrhea means the absence of a menstrual period in females and occurs after prolonged weight loss, hair becomes brittle, and skin becomes yellow and unhealthy. Amenorrhoea can be either primary or secondary. Primary amenorrhoea refers to the failure of a period to start by the age of 16, in the presence of otherwise normal growth and development of secondary sexual characteristics (breast development, pubic hair) or, the failure of onset of puberty by the age of 13. Secondary amenorrhoea refers to the cessation of periods for six months or more after normal puberty and menstruation has occurred. 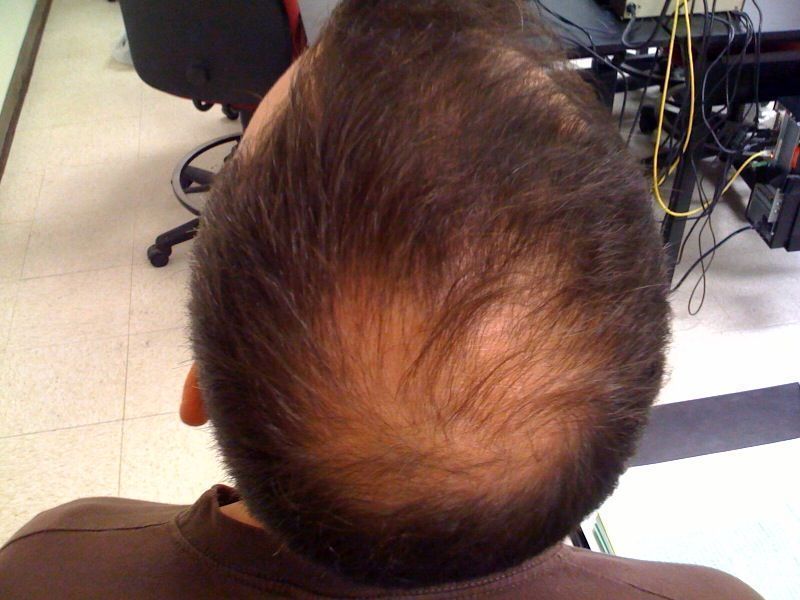 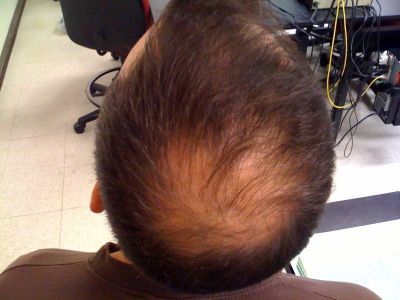